Episode 7 of the Pokémon Sun and Moon anime is now out, featuring Litten!

The episode starts with Ash leaving from Kukui’s house and going to school as usual. On his way to school, he meets a Litten which seems to be the same one he encountered on the first episode. Rotom says that earning its trust will take some time. Litten looks hungry and Ash decides to cut a small piece of his sandwich so Litten can eat it; however, Litten notices the bigger piece of the sandwich which Ash is holding in his other hand. Then Litten takes almost the whole sandwich and starts running after using Scratch on Ash. 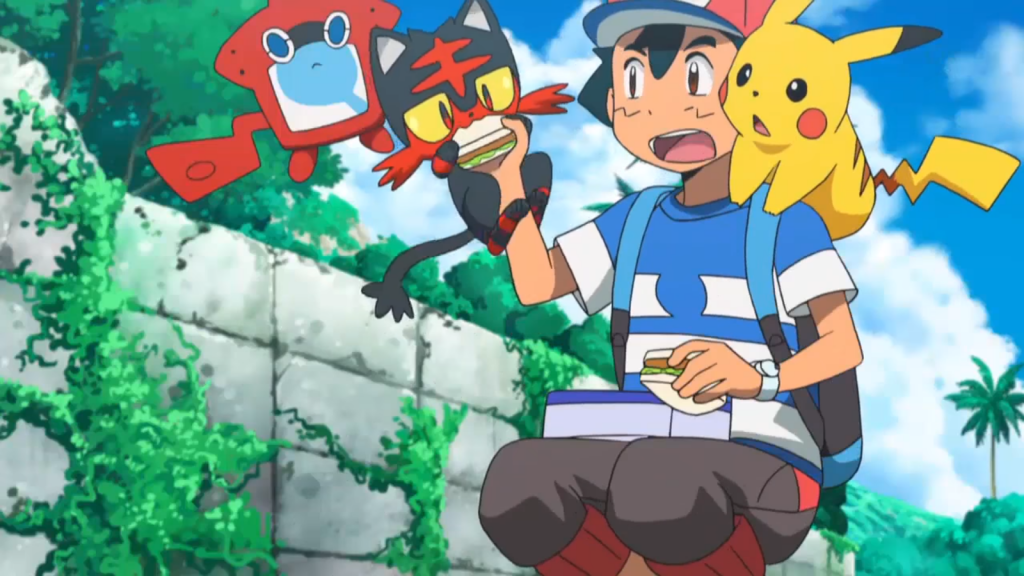 Later, a Persian is bullying Litten and takes its sandwich. Litten tries to attack with Ember, but Persian throws the sandwich towards the ember and now the sandwich is gone. Litten seems scared and starts running so it can get away. 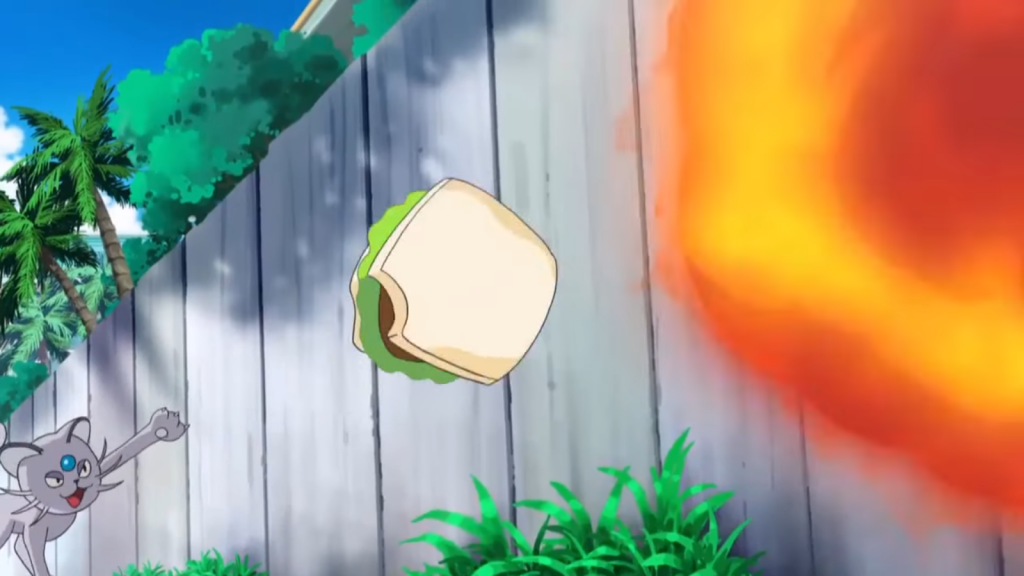 After this, in the school, Ash tells everyone about this Litten and it looks like like everyone knows it. Mallow and Lana feed it sometimes and Sophocles explains to Ash that Litten prefers solitude and sometimes they don’t become attached with their Trainers. After thinking about it, Ash decides that he should catch Litten and everyone is surprised! 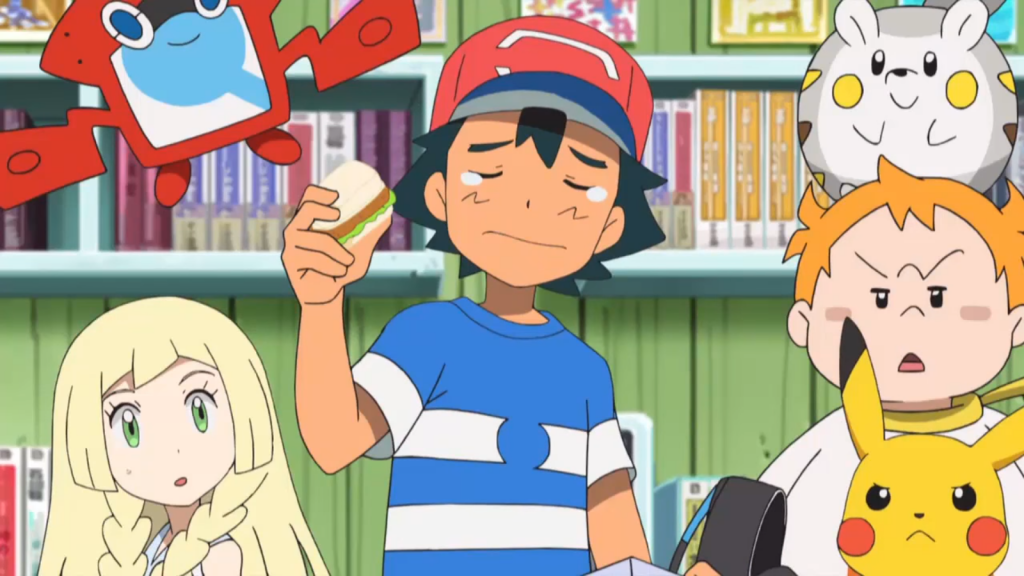 The next scene shows Team Rocket eating, but then they realize that some of the food is missing. Of course Litten is responsible for this and Meowth tries to attack it, but Litten can get away easily after it attacked with an Ember! 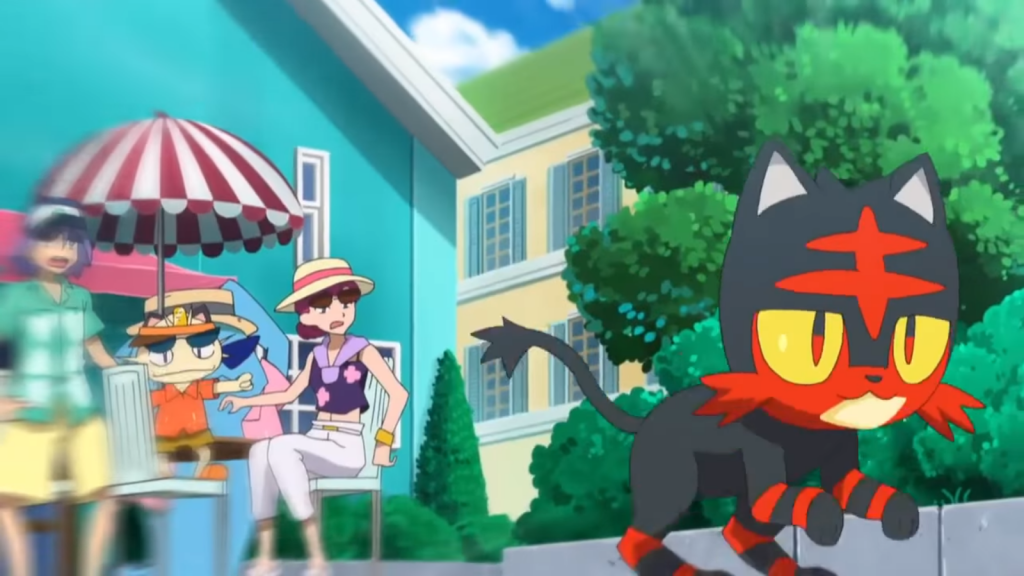 Meanwhile, Ash is shopping with Kukui and he notices the Litten running and decides to go after it. Litten goes to an old lady who is feeding it an Oran Berry, saying that they should share! Litten starts running again and this time is going to an abandoned house so it can give the Oran Berry to a Stoutland. This Stoutland helps Litten so it can use a stronger Ember! 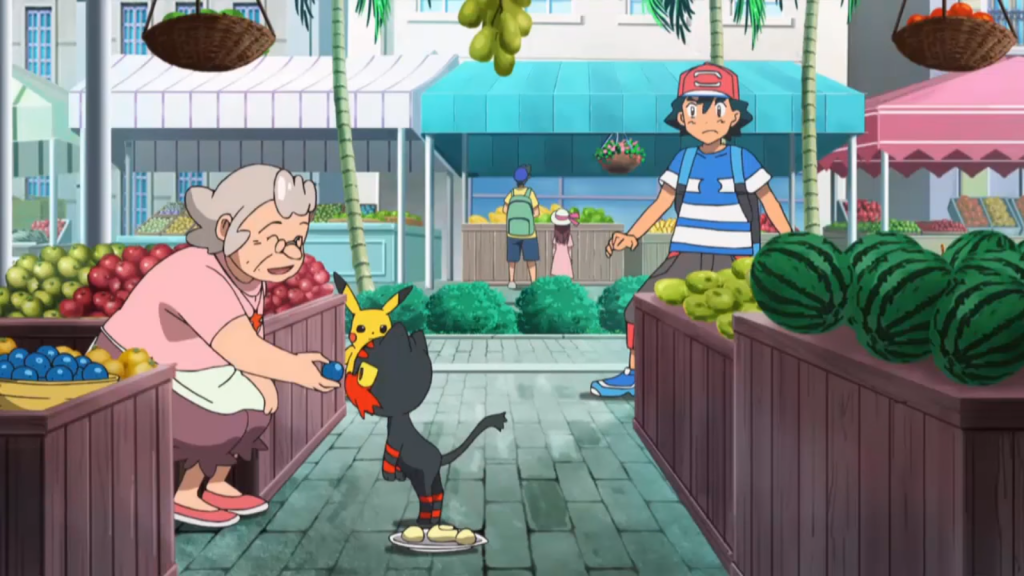 When school is over and Ash is returning to Kukui’s house, he finds Litten carrying a Sitrus Berry, but this time Litten is not alone. The Persian from before is here too, and it wants that Berry. Ash is surprised because it’s the first time he saw a Persian from Alola and decides to help Litten. Pikachu managed to hit Persian with a Thunderbolt and it runs away. Litten is damaged and Ash decides to escort Litten to a Pokémon Center, despite the fact that Litten is scratching and biting him. 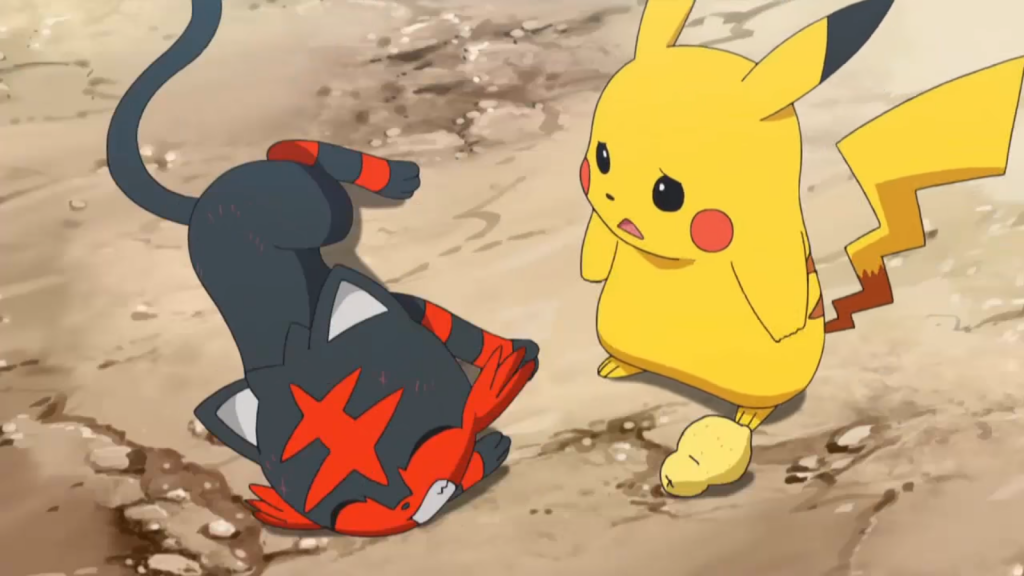 In the Pokémon Center, Nurse Joy and Blissey put a cone collar on Litten so it can’t lick its wounds. Nurse Joy notices that Ash has scratches and decides to treat him too. But Litten starts running one more time. This time it can’t get away due to its cone collar. 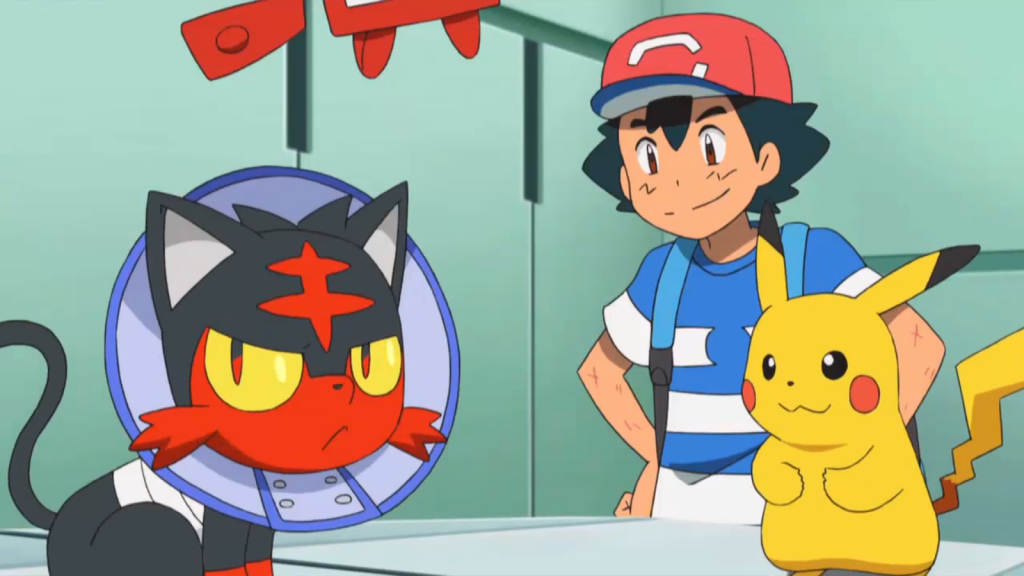 After this, Ash brings Litten to Kukui’s house for the night and Kukui agrees. The cone collar is annoying for Litten and Ash decides to take it off for it. This time, Litten is much more friendly than before. Ash is talking to it, and in the meantime Litten falls asleep. 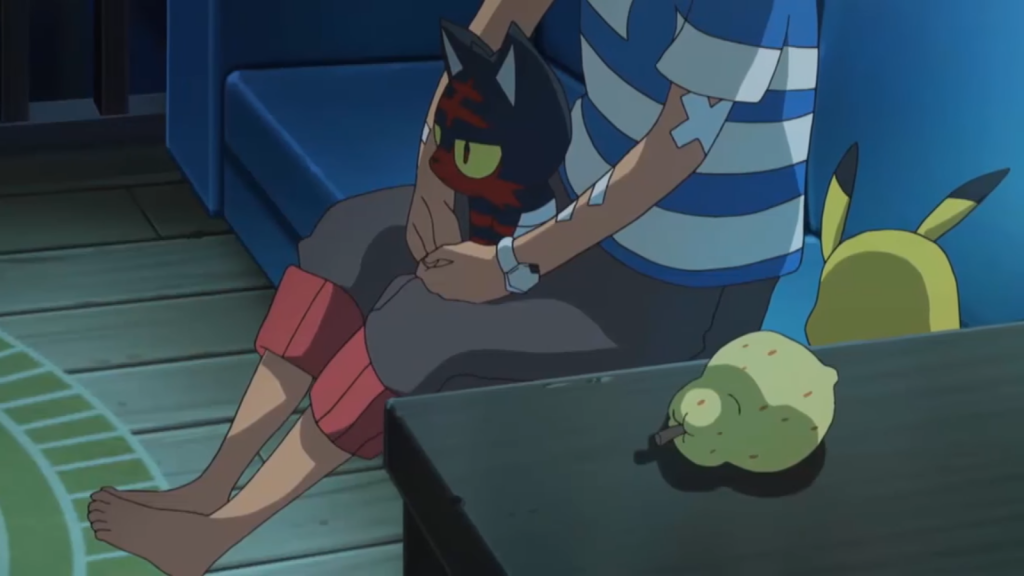 While everyone is asleep, Litten wakes up and starts running with the Sitrus Berry again. Ash is awake, too, and he follows it. They finally arrive in the abandoned house where Stoutland is. Ash is apologizing to Stoutland and decides that he isn’t going to catch Litten now. Persian makes its appearance one more time and everyone is gathering outside. Litten is able to hit it with a powerful Ember while Ash shielded Stoutland from Persian, and, as a result, he has even more scratches now. 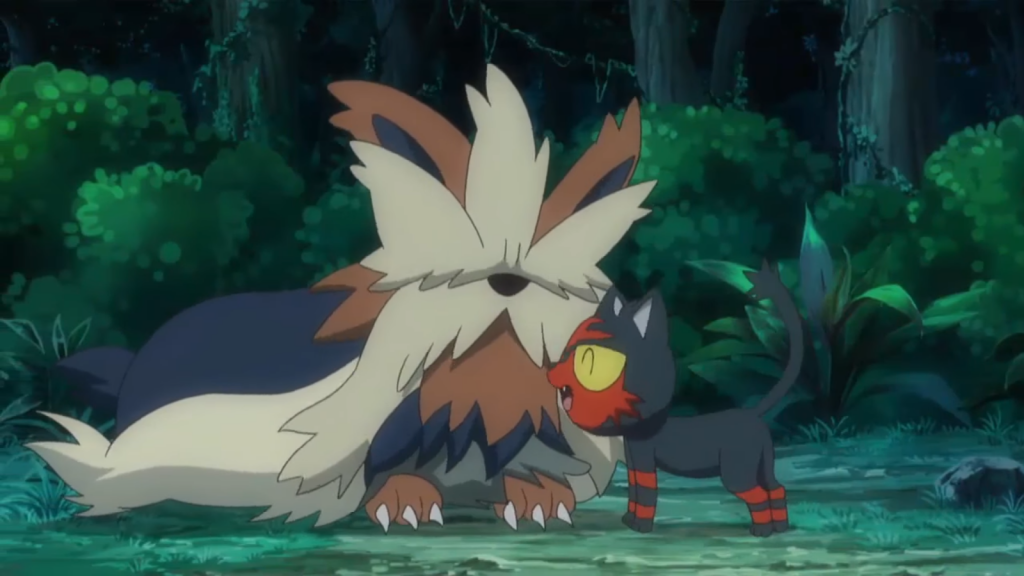 The next day, Ash goes to the abandoned house again so he can give some fruits and Berries, but Stoutland and Litten are not there. Later, in the marketplace, Ash returned the fruits and Berries to the old lady and he encounters Litten. It took one fruit and as usual it starts running again. 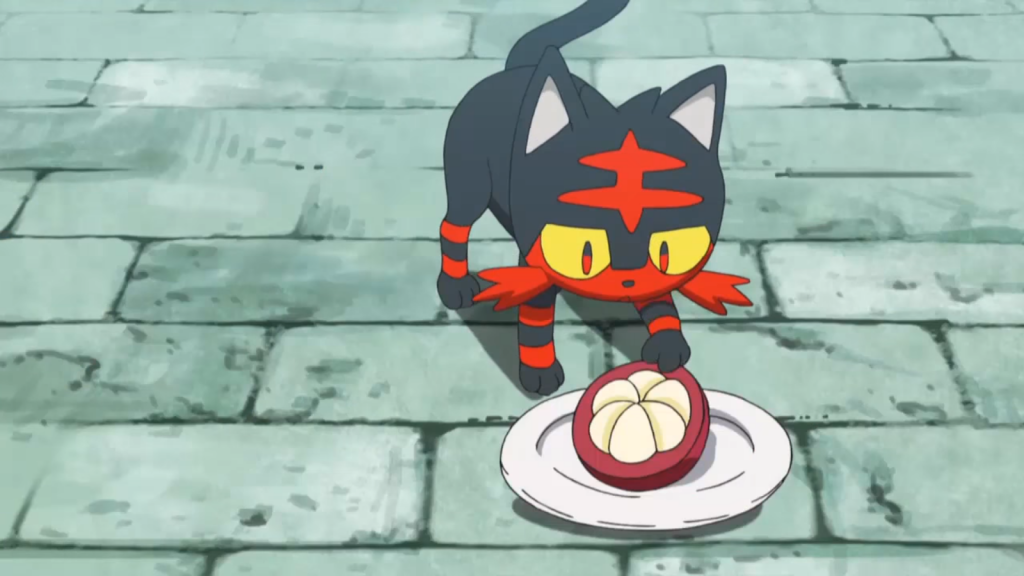 Ash and the other students at the Pokémon School receive a homework assignment from Principal Oak. The assignment is to raise a Pokémon egg and observe it during the process. Ash’s classmate Lilie is set to watch over the egg at her house at night, and Ash comes along to keep her company. Lilie’s house is a huge mansion that also has a battlefield, which makes Ash really excited. This leads to him deciding to battle her butler.

Edited by Nick Wilde and Rivvon.