The nineteenth episode of the Pokémon Sun and Moon anime is out, featuring Tapu Koko!

The episode starts with Ash battling another trainer in front of his classmates. The trainer uses a Mudbray while Ash uses his Rockruff. After a Rock Throw, Rockruff gets the win by the Z-Move Breakneck Blitz. After his battle, Ash claims he want to battle Tapu Koko again! To prepare Ash for the battle, Sophocles invites him to his house to learn more things about Electric Types, which Ash accepts. 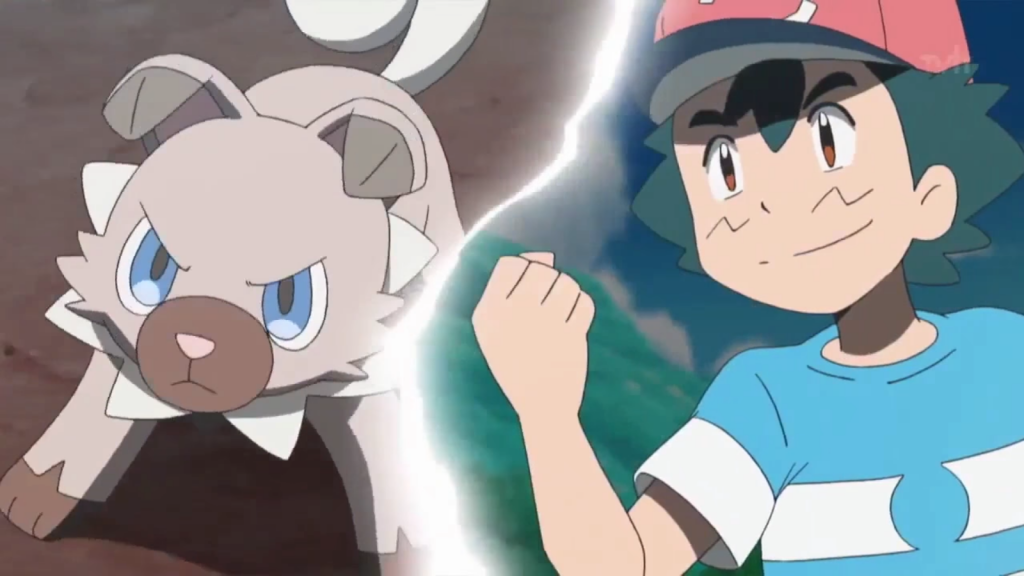 In Sophocles’ house Ash meets Sophocles’ parents. They later enter Sophocles’ lab, where Sophocles does his research on Electric Types, of which thanks to Togedemaru he has collect lots of data on. Sophocles later sets up a big hamster wheel outside of the house, his intent to collect data from Ash and Pikachu while they run in it. However, while running, Ash’s Z-Ring starts to glow, the wheel is destroyed and a beam of lighting coming from the wheel appears in the sky, which Tapu Koko notices. Sophocles reports that the data collection has failed. 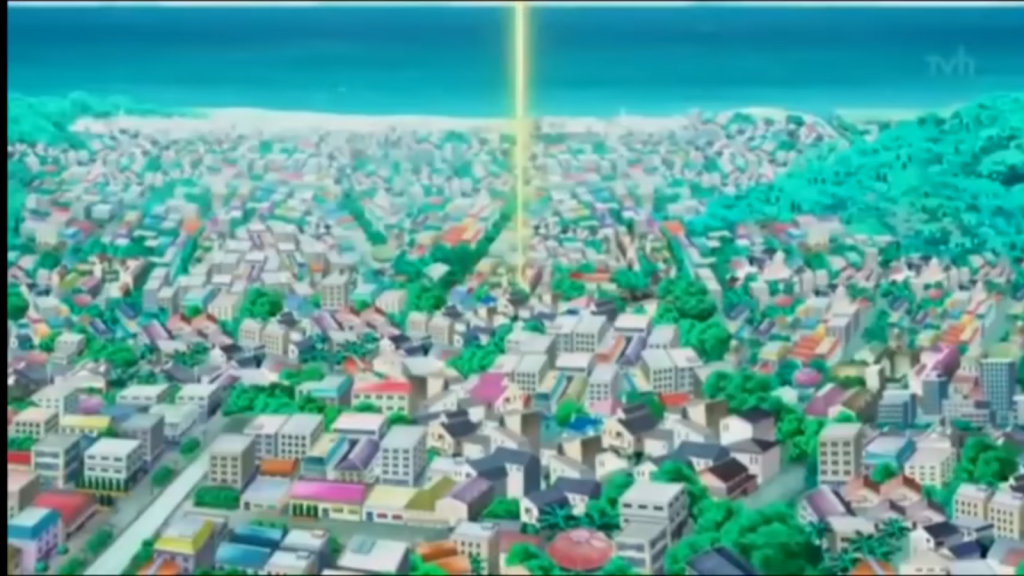 The next day at school, Ash tells everyone about the training he had. However, Tapu Koko arrives. Rowlet and Rockruff want to battle but Tapu Koko pushes them away because it’s not interested in battling with them. Instead, Tapu Koko challenges Pikachu, and of course Ash and Pikachu accept! The battle starts, and Tapu Koko’s ability, Electric Terrain fills the area. Pikachu makes the first attack with Quick Attack, but Tapu Koko easily dodges it. It then uses Iron Tail, Tapu Koko defending against it by closing its shell. Tapu Koko attempts to counterattack by coming close to Pikachu but Pikachu successfully hits it with Iron Tail to its head. This time, Tapu Koko hits Pikachu with Nature’s Madness and then with Discharge. Pikachu gets up and uses its Z-Move, Gigavolt Havoc. Tapu Koko tries to defend against the attack by closing its shell again, but this time, Pikachu’s sheer power sends it crashing into a tree. Pikachu now uses Iron Tail and Tapu Koko blocks it with its hand. The rebound from the block sends Pikachu flying, crashing through a fence and falling of a cliff. Ash jumps to save it and Tapu Koko catches both of them in the air! Ash thanks Tapu Koko, who then leaves. 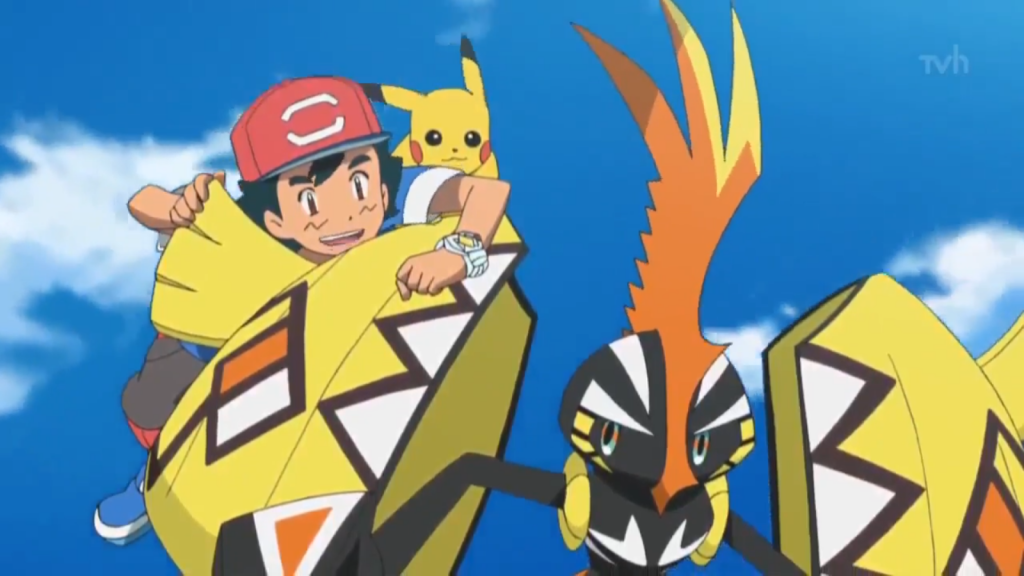