The fourteenth episode of the Pokémon Sun and Moon anime is out now, featuring Lillie, and her Vulpix named Shiron*!

Episode 14 – The Fruit of Courage: Lillie and Vulpix!

The episode starts with Shiron hatching from the Egg, the same scene episode 13 ended on. Lillie is very happy but she still finds it difficult to touch it, even though she could when it was an Egg. Oak runs into the class, saying that his Egg is hatching too! Everyone sees the Egg hatching into a Vulpix as well, but this one is from the Kanto Region and everyone is surprised by its appearance! 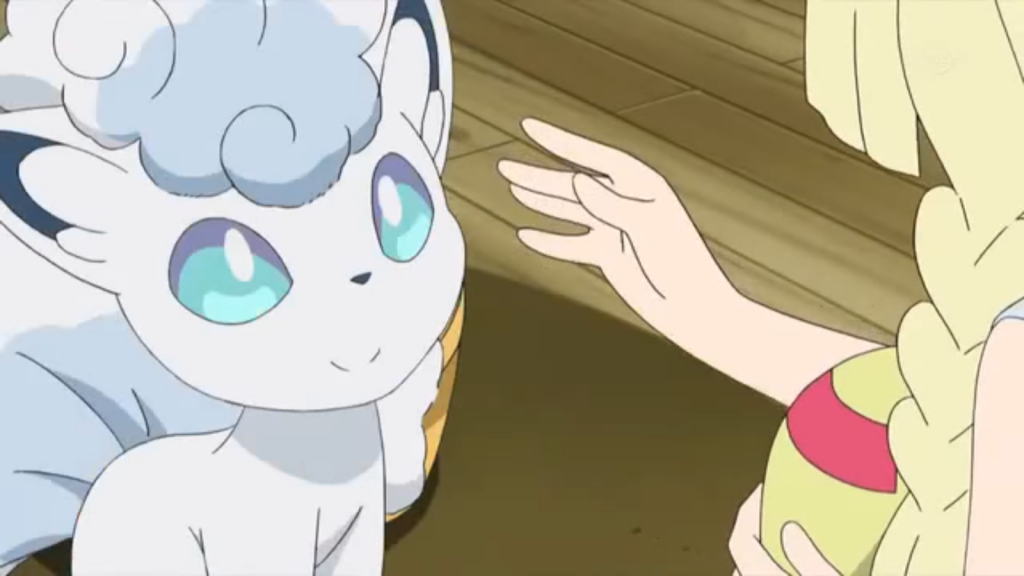 Ash is excited, and introduces himself to Vulpix while petting it. He tries to do the same with Shiron, but it seems scared and uses Powder Snow on Ash. As a result, Ash and Rotom are frozen solid. Then, Vulpix tries to thaw them out by using Ember and this time burns the pair. 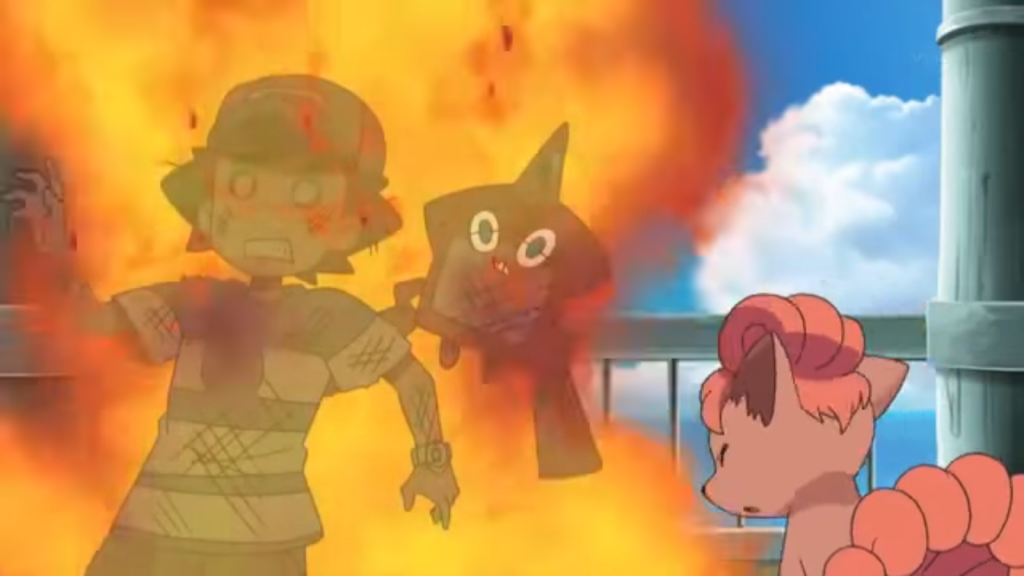 Now that both Eggs hatched, it’s time to decide who is going to look after Shiron and Vulpix. Oak gets the Vulpix from the Kanto Region and everyone agrees that Lillie should get Shiron. After some thinking – whilst Shiron decides Lillie is the right person – she agrees! Kukui gives her a Poké Ball. She throws it but the Poké Ball misses and hits Ash’s head. However, Shiron touches the Poké Ball and Lillie is now a Pokémon trainer! After calling out Shiron, she decides to try once more to touch it, but she finds herself unable to get over her fears of touching Pokémon. 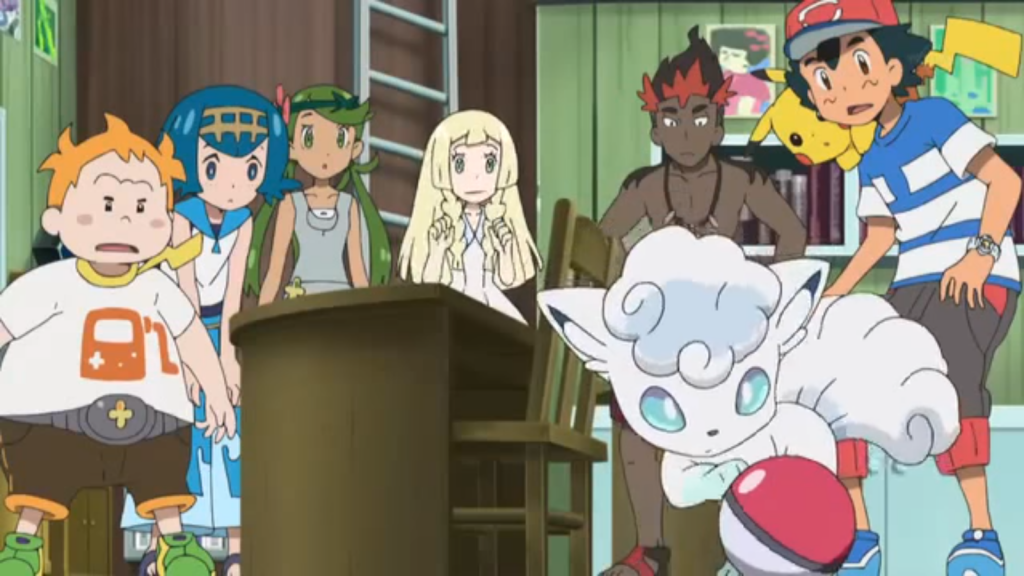 When school is over, she decides to go for a walk with Shiron instead of going home in the car. Ash and Mallow are worried about this and they decide to follow her. While following her, Lillie stops and starts talking to Shiron, saying how much she loves it. As a result Ash, and Mallow stop too and start talking. While they’re talking, Lillie has already walked off, and both Ash and Mallow lose sight of her. 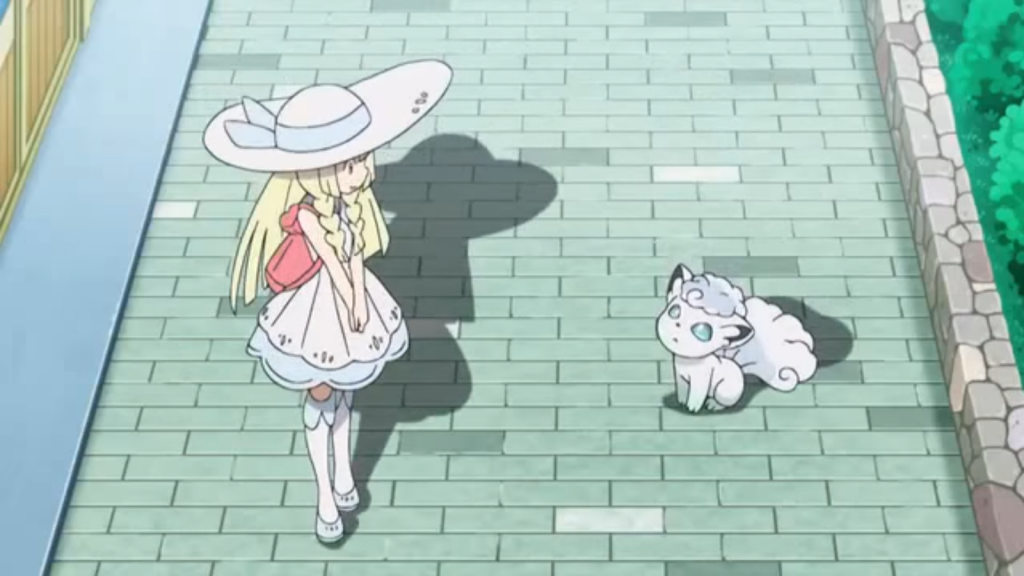 Later, Team Rocket is coming out from a Malasada shop and at the same time, Lillie and Shiron are going in! James notices her and Shiron, and is also surprised about Shiron’s form, so they decide that they must steal it! Lillie gets some Malasada for Shiron, who really likes it. Team Rocket watches them; Ash and Mallow meanwhile are still looking for the pair. 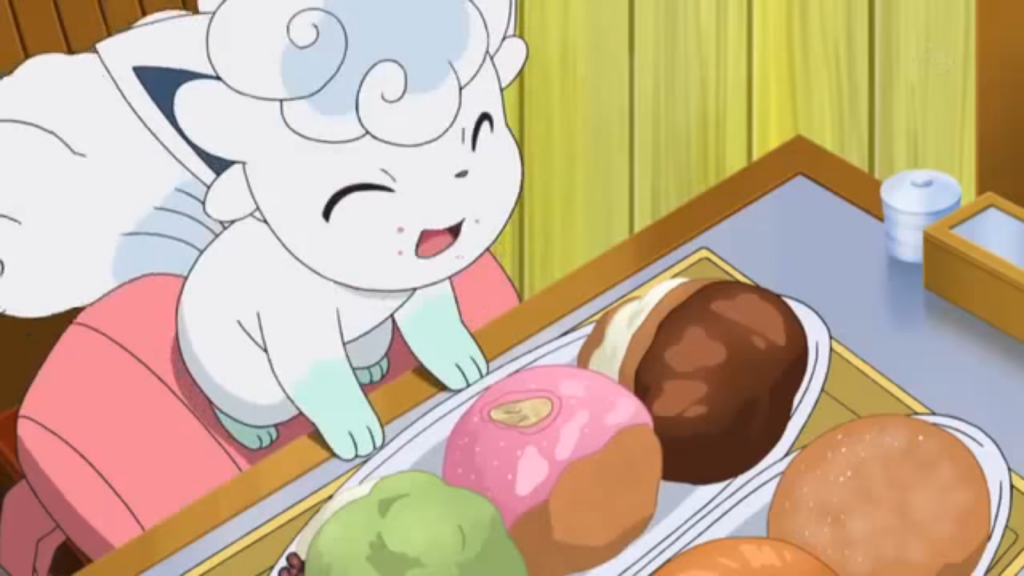 When Lillie and Shiron finish eating, they leave the shop and are confronted by when Team Rocket! Mimikyu, uninterested at the lack of a Pikachu to target, ignores Jessie. Lillie uses this chance to flee with Shiron. With Team Rocket chasing them, Lillie gets an idea. She tells Shiron to use Powder Snow on the ground and freeze it, causing them to slip and fall. 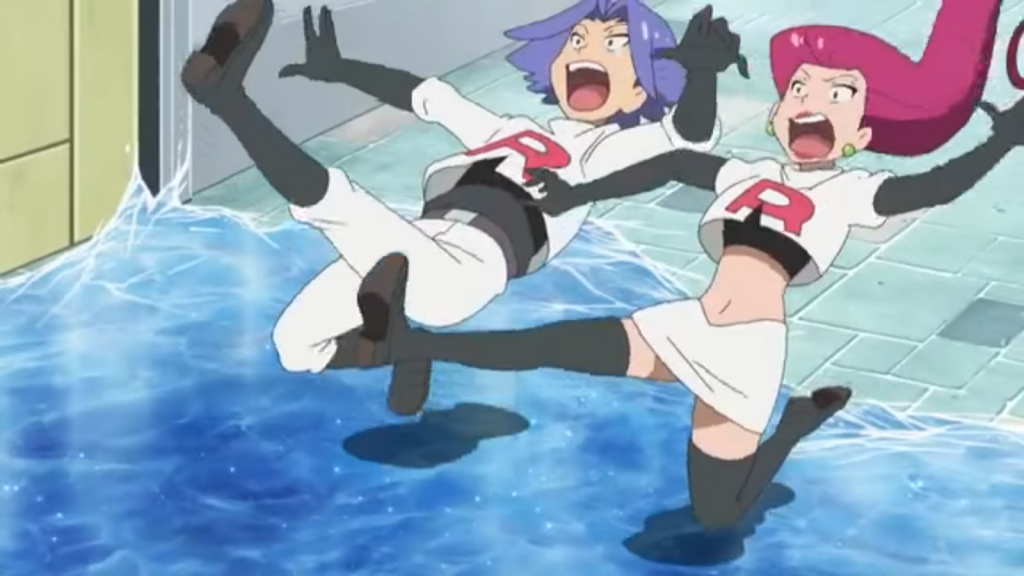 Lillie continues to run, but gets trapped at a dead-end. As she tries to climb up, Team Rocket catch up with her. While Mimikyu keeps ignoring Jessie, James sends out Mareanie and attacks with Sludge Bomb. Shiron defends with Powder Snow. This time, Mareanie hits it with another Sludge Bomb and sends Shiron flying. Lillie jumps to save Shiron. She manages to catch it in midair but they’re both falling to the ground. 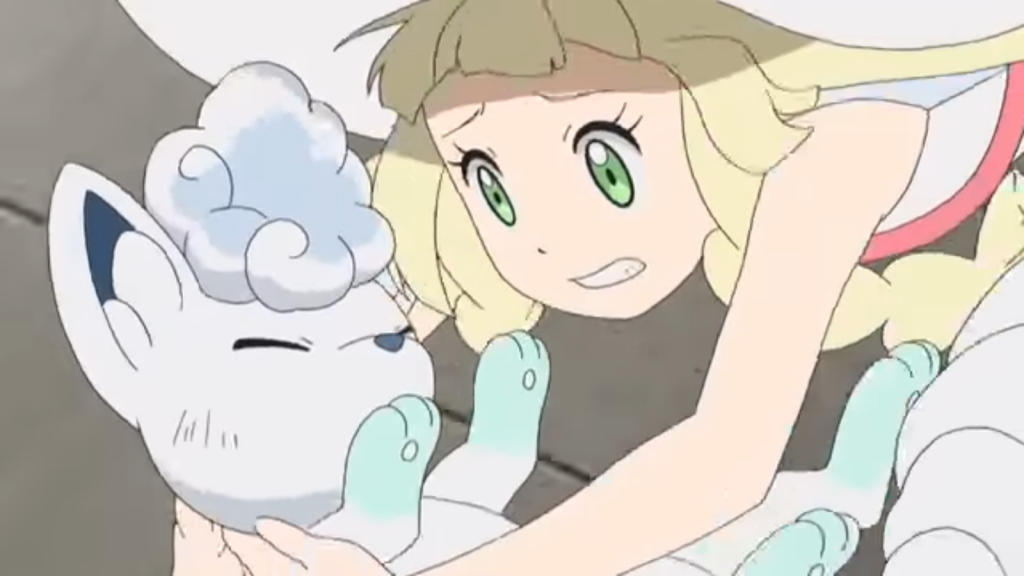 Rowlet suddenly appears and helps them, using Leafage to lighten the fall and Mallow catches them. Lillie is surprised to see Mallow and Ash there! Seeing Ash and Pikachu, Mimikyu is now interested in a battle. While Ash calls Pikachu to battle, Shiron wants to take on Team Rocket too! It uses Powder Snow and freezes Team Rocket. Before anything else happens, Bewear swoops in to save them once again! 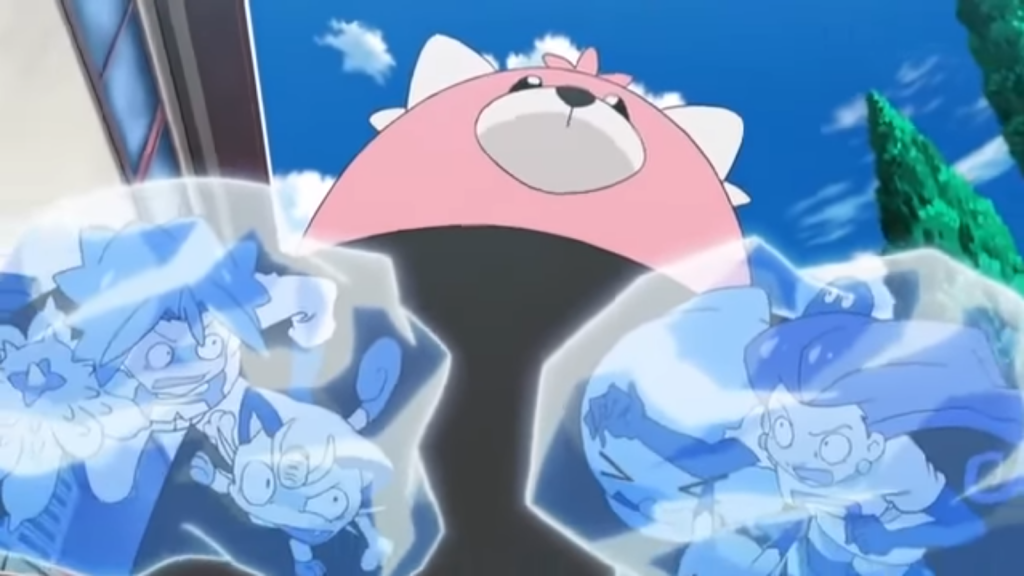 The episode ends at the Pokémon school with all of Pokémon playing. Togedemaru starts rubbing against Lillie, startling her — she still hasn’t completely overcome her fear of touching Pokémon! The episode ends with Shiron jumping on her and getting a hug in return. Least we know she has no fear of her Vulpix!

* Shiron is the Japanese name. We don’t yet know the English nickname and so have gone with Shiron for now.