The thirty-ninth episode of the Pokémon Sun and Moon anime is out, and it features Mallow!

Episode 39 – Mallow the Runaway and Oranguru!

The episode starts in the Pokémon school, with Mallow leaving earlier than usual because the restaraunt she is working at will be featured on TV! Mallow arrives and her father Abe asks her to help him out. There are many people in the restaraunt, including Nurse Joy and Officer Jenny. Mallow is under a lot of pressure and Abe is busy with customers and the TV crew as well. Steenee then breaks a plate by accident, but when spending time trying to clean it up, Mallow burns a dish she was trying to cook. The customers meanehile keep making orders, causing Mallow to stress and leave the restaraunt. 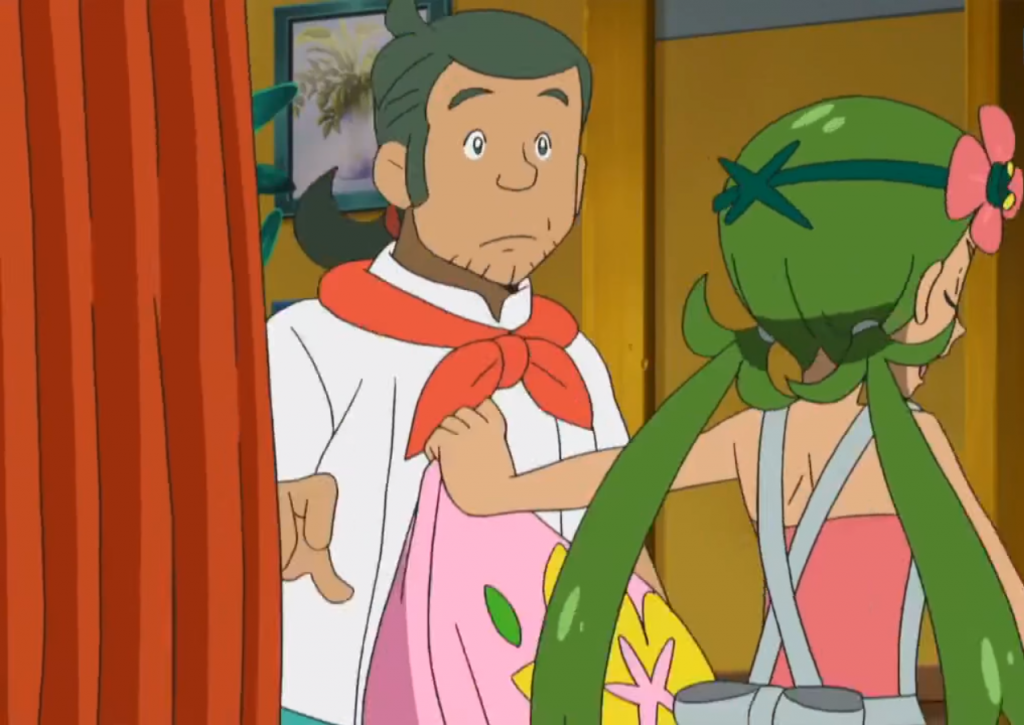 Mallow runs into a forest whilst Steenee tries to catch up with her, but she falls and then an Oranguru shows up! Meanwhile, after Ash, Kiawe, Lana, and Sophocles arrive at the restaraunt learn happened, they start searching for Mallow. Mallow wakes up in a small wooden house, and realizes Oranguru is there and that it’s making a juice. Mallow tries the juice and she notices that it’s almost the same as her dad’s juice in the restaraunt. After this, Mallow explains everything about what happened in the restaraunt to Oranguru. 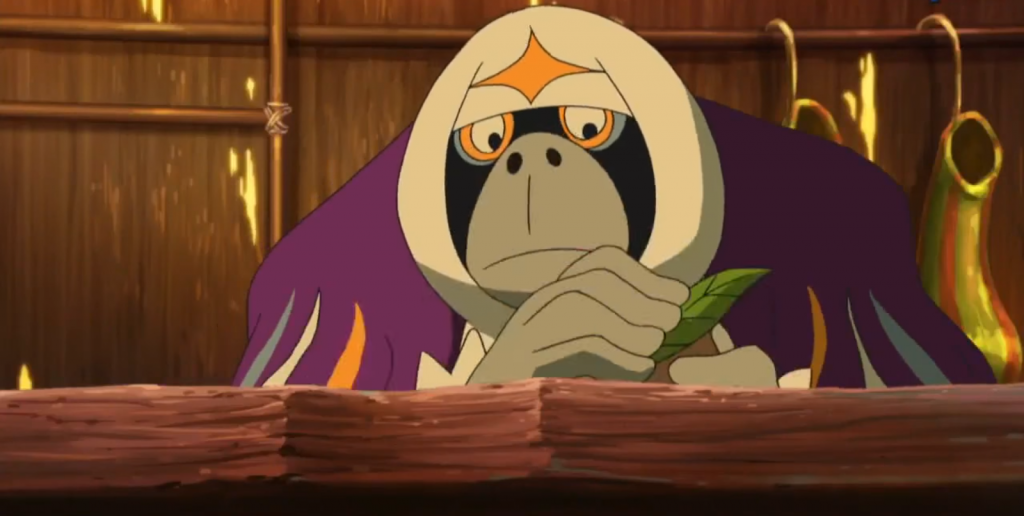 Later, she hears Steenee so she goes outside but she sees Team Rocket to find they’ve captured it. Oranguru manages to deal with them, but the trio aren’t out for the count! Meowth tries to attack with Fury Swipes but Oranguru uses After Me and frees Steenee, and then suddenly Bewear appears. When it looks like Oranguru and Bewear are about to battle, it turns out that the two seem to know each other and instead of fighting, they just trade items! Then, after Bewear leaves with Team Rocket, Mallow’s classmates and Abe arrive on the scene. After Abe apologizes for leaving Mallow alone, he tells them that he met Oranguru a long time ago and that’s how it learned to make juices in the restaraunt. 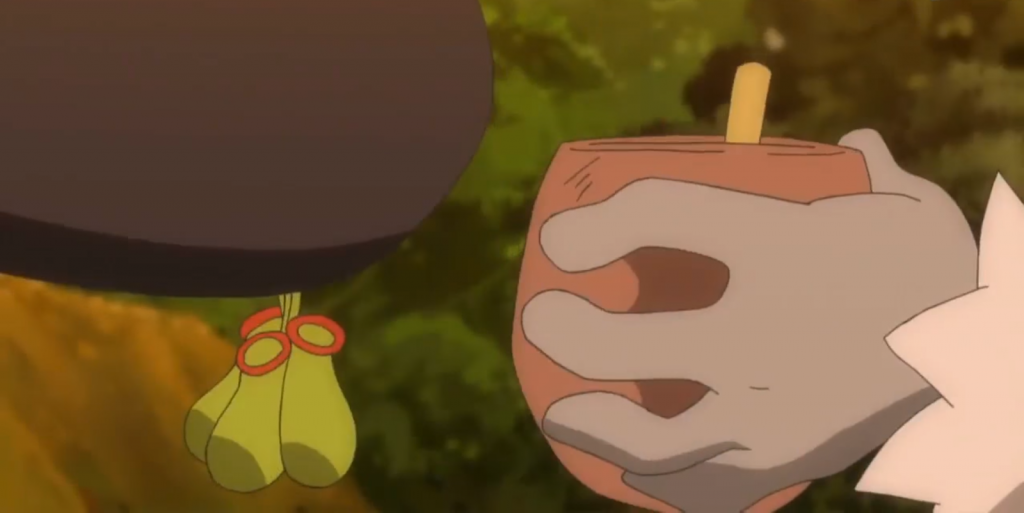 This was a filler episode, evident from the lack of action or development. Let’s hope the next episode which features Sophocles and his Charjabug has more to show!