The thirty-seventh episode of the Pokémon Sun and Moon anime is out, and it features Ash’s Rockruff!

Episode 37 – Rockruff and the Guardian Deity of the Ruins of Life!

After Ash’s win against Olivia and in the middle of the night, Rockruff is thinking about what he did on Rowlet against Olivia and suddenly leaves. Pikachu notices this and wakes up Ash. Meanwhile, as Rockruff practises Rock Throw, Tapu Lele appears. It seems like it wants to battle Rockruff. Rockruff takes a lot of damage while Tapu Lele laughs as it enjoys the battle. Then, Ash appears and Tapu Lele leaves. Ash tries to take Rockruff to a Pokémon Center but Rockruff bites him once more and escapes. 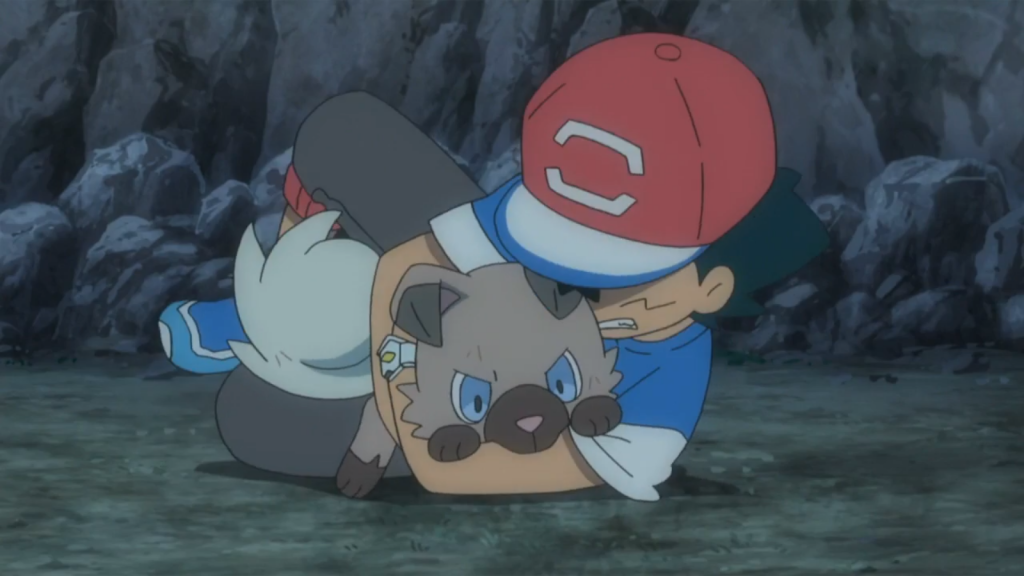 The next morning, everyone is looking for Ash but they can’t seem to find him. Suddenly Ash arrives and tells them what happened with Rockruff. Everyone is shocked and starts searching for Rockruff! Meanwhile Rockruff howls and Gladion’s Lycanroc who is near hears it and tries to find Rockruff too. Also, Gladion’s Type: Null make its appearance in a cave. 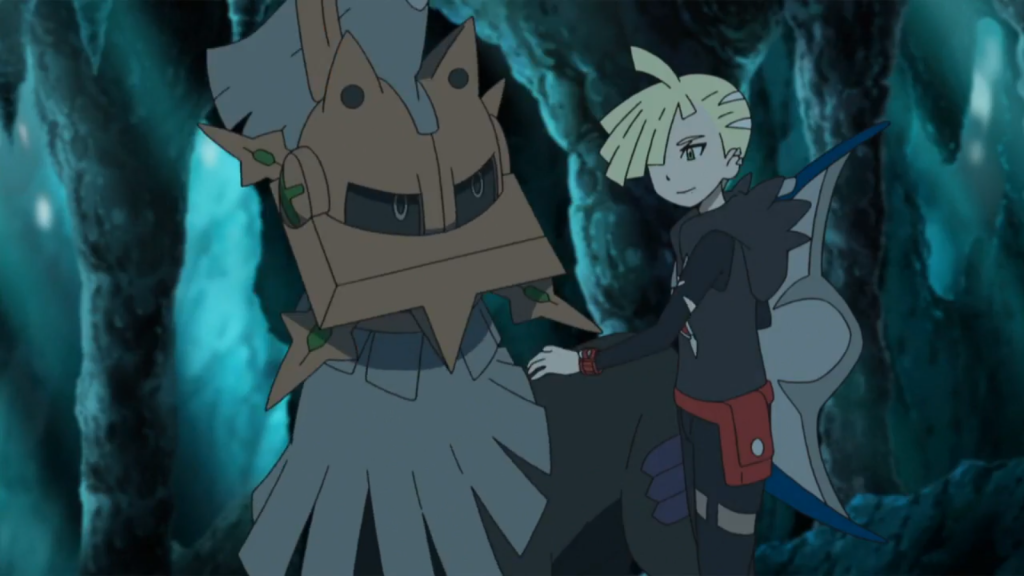 Rockruff falls off a cliff and lands in a river. After some time, both Olivia’s and Gladion’s Lycanroc find Rockruff and they’re trying to help it by going on the Ruins of Life where Tapu Lele is and heals Pokémon. When they arrive, Tapu Lele attacks Gladion’s Lycanroc and then tries to heal Rockruff but for an unknown reason, this doesn’t work. Tapu Lele gets angry and tries to attack Rockruff, but Olivia’s Lycanroc shields it! 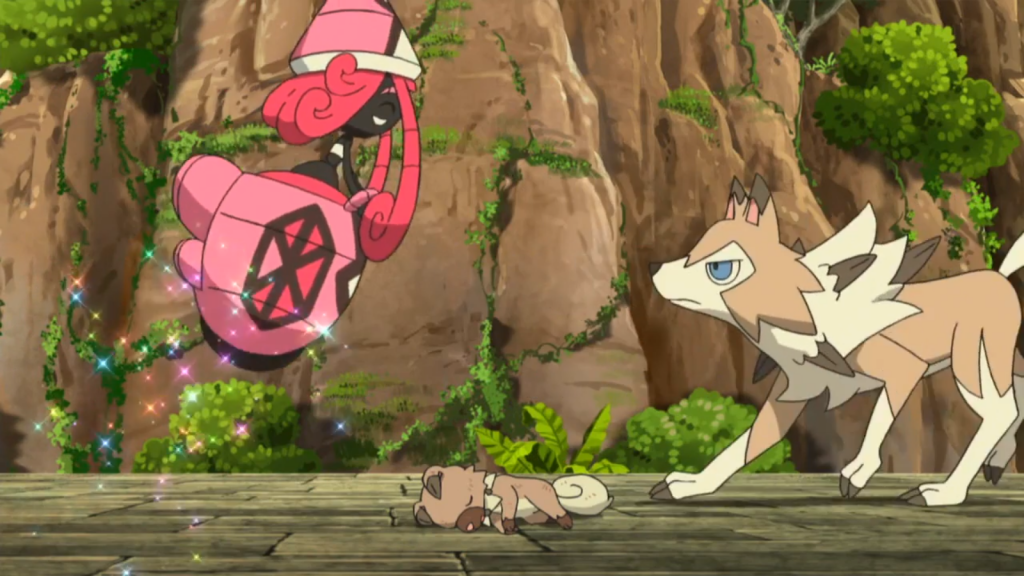 Meanwhile, Ash, Olivia, and Kukui are looking for Rockruff and Ash notices some glowing scales. He remembers that these are from Tapu Lele so he tells Olivia and Kukui that Rockruff must be with Tapu Lele. Olivia seems worried because on the one hand, Tapu Lele can heal other Pokémon but on the other hand it loves battling even if the Pokémon is unconscious, and this Pokémon could possibly end up dying. Ash starts running to the Ruins of Life and indeed he finds Rockruff unconscious with both Lycanroc standing in front of it and Tapu Lele about to attack. 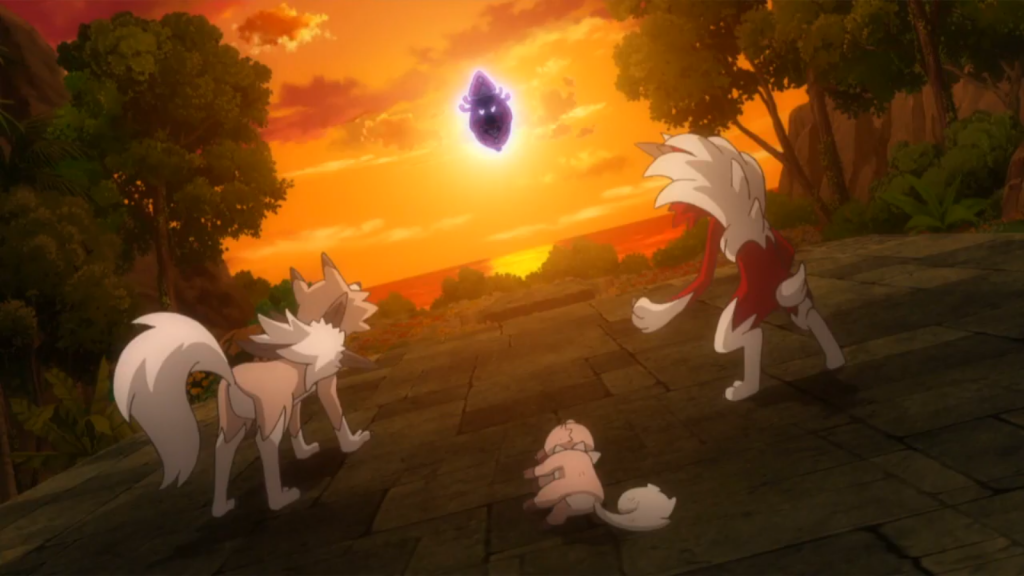 Ash tries to protect Rockruff but Tapu Lele used Draining kiss on both Lycanroc and on Ash too! From the energy it gains of the Draining Kiss, it then finally heals Rockruff! Rockruff starts walking towards the sunset and then a green flash appeared from the sunset, as a result, Rockruff is starting to evolve! Rockruff evolved to a form no one ever saw before. Kukui calls it the Dusk Form and explains that this happened because of that green flash, a rare natural phenomenon! 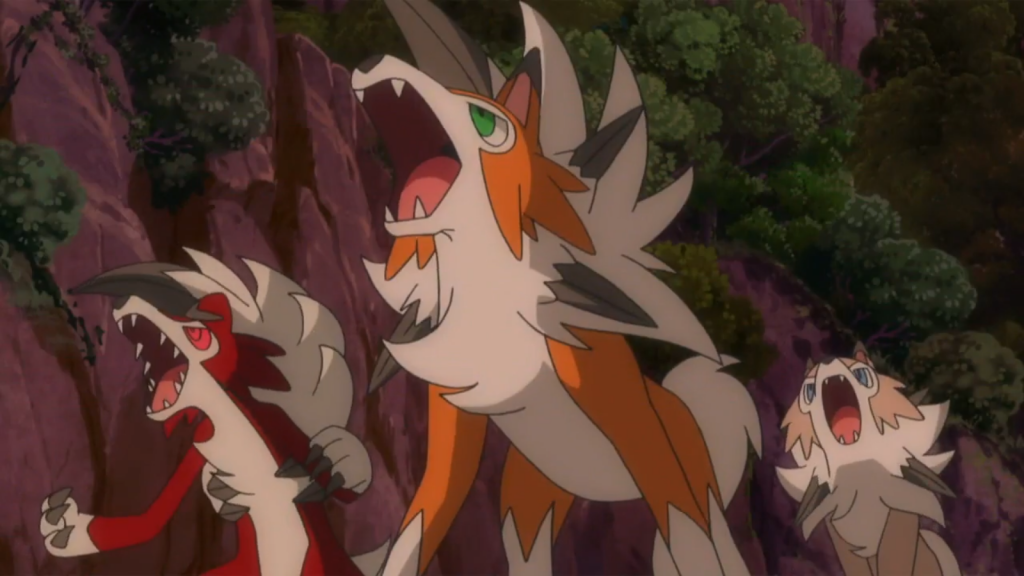 Edited by bobandbill and SirBoglor.