The forty-fifth episode of the Pokémon Sun and Moon anime is out, and it features Nebby!

The episode starts with Lillie writing in her diary. She writes about Nebby, as well as her mother, Lusamine, and the Aether Foundation. The next morning, before leaving for the Pokémon School Ash feeds all of his Pokémon and Nebby. It seems like Lycanroc and Litten have a friendly rivalry now even when they’re eating! 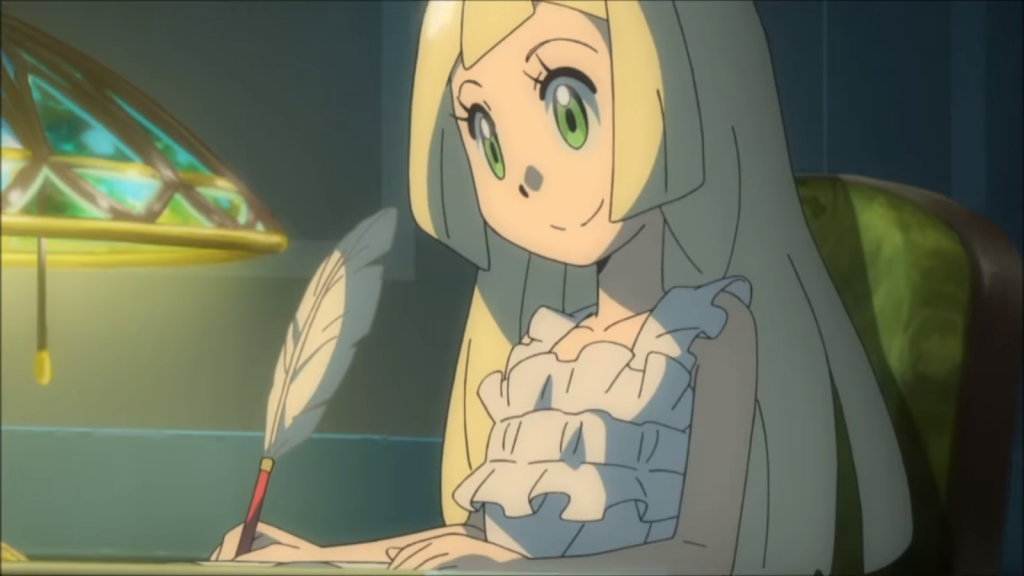 Outside of the Pokémon school, Team Rocket opens a Malasada shop but no one is interested in buying Malasada except Ash. Team Rocket notices Nebby and it seems they have a plan. In the class, the group is going to craft their partners with clay. Everyone is trying their best but suddenly, Nebby touches Sophocles and teleports him to a room with a Jigglypuff who sings as usual but he returned to the class immediately. The same thing happens to everyone. Mallow teleports to the Oranguru she met before several episodes ago, Lana teleports into the ocean, and Kiawe returns with his hair on fire because he almost fell into a volcano; luckily, Popplio was there to use Bubblebeam to save him! Then, suddenly, Nebby touches Lillie’s leg but it doesn’t teleport her because it falls asleep. 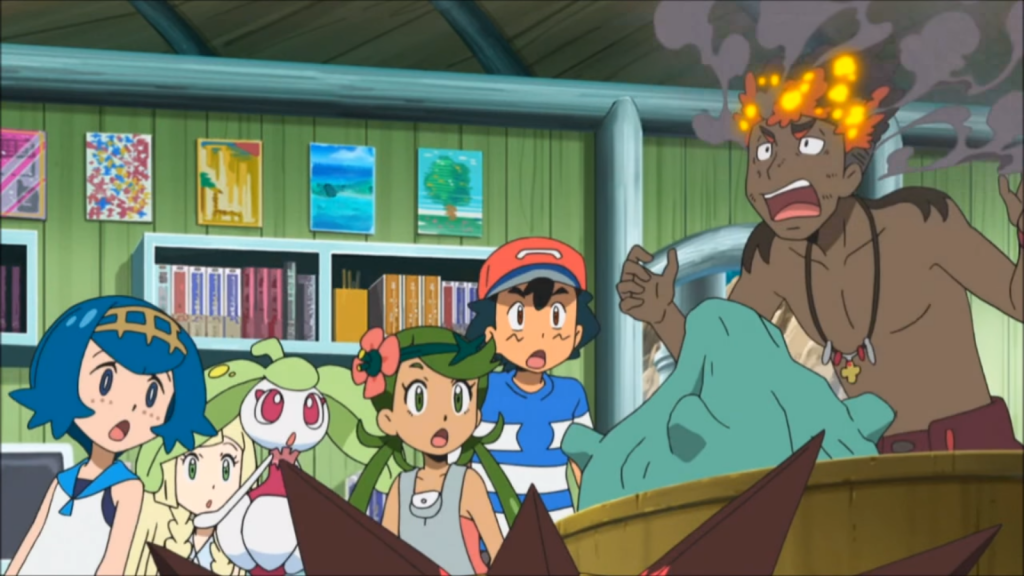 While Nebby is asleep, everyone is talking about what happened and they make a conclusion about it: It seems like Nebby can read your thoughts and teleport you there! Then, Nebby starts crying but Lillie makes it stop. This time, Nebby teleports Ash to Jigglypuff, and they fall asleep. Then it teleports him to the ocean, to Oranguru, and to a volcano as well! 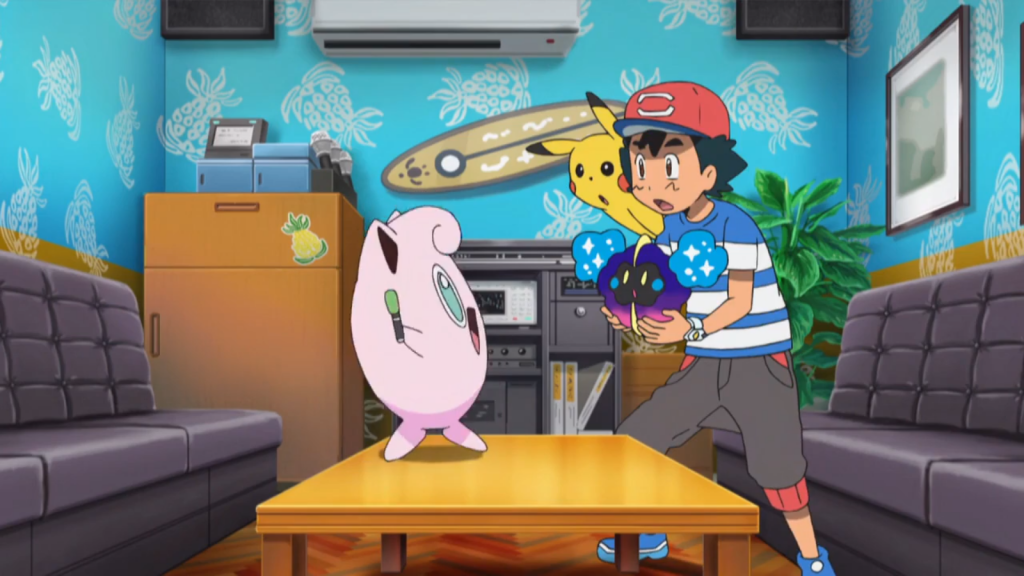 After some time, Nebby teleports to a beach where Team Rocket is. Team Rocket have a plan this time. Jessie sends out Mimikyu while Ash chooses Pikachu who attacks with Electro Ball but Mimikyu sends it back with its tail. Then, Ash and Pikachu are waiting for an opening and run circles around Jessie and Mimikyu – this was the plan! Suddenly a strong sunlight hits Ash and Pikachu and they’re unable to see, then Meowth comes and grabs Mimikyu. Nebby teleports with Team Rocket to Bewear’s nest. However it is very lonely and sad without Ash so it comes back to him! 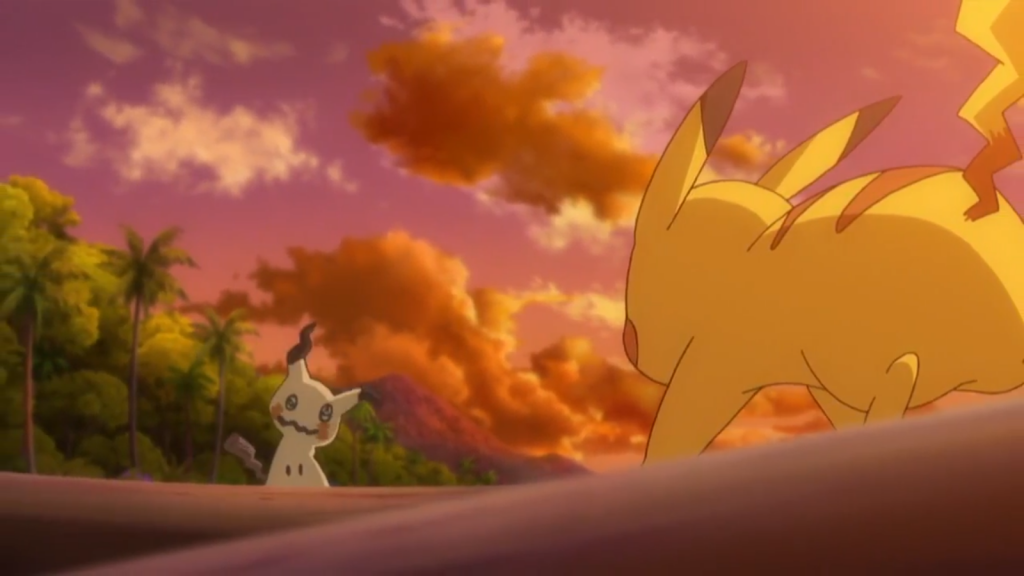 Edited by Charlie Brown and Z25.