Probably the only region that I could play though for a couple consecutive times without getting tired. Unova, while getting a lot of hate, still remains an earnest attempt for a soft reboot of the Pokémon franchise. With brand new 156 Pokémon, it forced us to think outside the box and change our playing style. 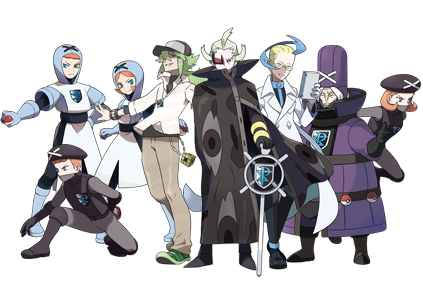 Team Plasma to date remains the most badass criminal organization in Pokémon history. The ideological conflict they begin is very intriguing and it really affects the tone of the region. N was the perfect anti-hero, sincerely wanting to free Pokémon for their own good. Sadly, he was misguided and it turned out that it was all a ploy from Ghetsis, the true mastermind behind Team Plasma, to take over Unova. Nevertheless, the philosophical views of Team Plasma and their twisted noble motives genuinely gives us something to think about, something no other criminal organization has been able to achieve. The members of Team Plasma are also incredibly loyal to their king N, as we can see in Pokémon Black 2 and White 2 (B2W2).

While a major portion of the plot is focused on Team Plasma and N, the generation 5 games are pretty strong on their own. With gym leaders like Burgh, Elesa, and Drayden, the Pokémon Black and White (BW) era games have a very solid storyline, even not considering the Team Plasma arc. But even then, there wasn’t really a lot to do in the BW games that did not correlate with Team Plasma. Whatever you did, wherever you went, you always heard of Team Plasma. This makes one wonder if generation 5 would even have a good story without Team Plasma. 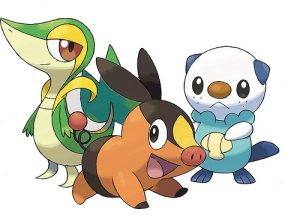 Ahh… The generation 5 Pokémon designs. A mixture of good and bad (mostly bad). While every other region has its weak points, Unova is admittedly the worst out of all them. Failing at trying to create a soft reboot of the Pokémon series in terms of animation, Pokémon, and story, Unova set Game Freak years back on decent Pokémon designs.

Of course, there are a couple good Pokémon in Unova, such as the Oshawott evolutionary line. Some others include Litwick, Sandile, Axew, and Pidove. And of course, Zekrom is one of the best-looking legendary Pokémon ever introduced for me. But at the same time, Pokémon like Garbodor, Klinklang, and Vanilluxe are really not helping matters. In general, most of the generation 5 designs feel lazy and seem as if the developers had run out of ideas, and because of this Unova is the last in terms of Pokémon.

According to Unova mythology, this region was created by uniting the warring peoples of the land by twin brothers. They used a single dragon 2000 years prior to the game’s story. However, the brothers then started to argue over their beliefs; the elder brother sought truth and the younger brother sought ideals. Their argument split the single dragon into Reshiram, who sought truth, and Zekrom, who sought ideals. Since they were both born from the same dragon, neither could defeat the other and the brothers declared that there was no right side. Eventually, the Unova region was destroyed and recreated due to the wars between the two dragons. And then, our protagonist in BW started his journey, becoming the hero of truth/ideals along his path and battling N in order to end the fight once and for all.

The Unova lore is very interesting, and it begins a philosophical debate between truth and ideals which can smoothly be implemented in the real world as well. It is definitely one of the best Pokémon myths, bundled along with badass-looking legendaries.

Another dislike-factor for Unova is its geography, or the shape of the region in particular. It’s all just one… big circle? There is only one way to reach every town, and the paths are completely linear, which destroys the sense of adventure that Sinnoh provided.

Unova derives its geographical and social background from the United States, specifically New York. Castelia City is based on Lower Manhattan, Nimbasa is based on Broadway, the Battle Subway is a neat hat-off to the New York Subway, Skyarrow Bridge is based on Brooklyn Bridge, and so much more. But the problem with all that is Unova is a little too diverse, and can’t focus on one particular theme. One minute you are in a bustling metropolis, and the next minute you are in a scorching desert.

Due to all these problems, Unova is not the best when it comes to geography. But it’s definitely not the worst either, partly due to its modern, metropolitan feel that I enjoy.