A region rich in culture, history, and lore. The fan-favourite Johto region is an enigma for most players. Every city feels unique and different. It gave us Silver, one of the best rivals in Pokémon gaming history. It also gave us a new, improved Team Rocket, back for vengeance.

Team Rocket being the regional villain of Johto as well, Giovanni reveals more of his secrets, such as Silver being his son. Sadly, the professional, mafia theme that Team Rocket held in Kanto was lost in Johto. This drops Team Rocket several levels down.

While the Team Rocket sub-plot of Johto didn’t draw me in as much as Kanto, the rest of the story was a treat to play. The gyms were new and exciting, Silver was the best rival a player could ask for, and the myths of Johto added a new flair of mystery to the plot. Long story short, the story of generation 2 was more than I had bargained for. 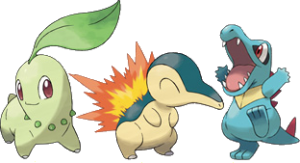 Johto introduced around 100 more Pokémon to the original 151. They gave evolutions to generation 1 Pokémon, such as Steelix and Scizor. Umbreon and Espeon were two new amazing Eeveelutions. The original Pokémon like Heracross, Houndoom, and Miltank were pure awesome. The legendary beasts along with Ho-Oh and Lugia were magnificent Pokémon in terms of both power and looks. However, like all other regions, Johto had its weak points: Unown, Dunsparce, and Pichu, to name a few.

Johto is a region engulfed in mystery. The lore surrounding it is intriguing, to say the least. The Pokémon Tower of the Johto region, a hub for trainers and Pokémon to come and enjoy their time together, was once struck by a catastrophic bolt of lightning, starting a dangerous fire in which three nameless Pokémon perished. Then Ho-Oh, the legendary bird, soared below the skies of Johto and revived the three Pokémon as the three legendary beasts – Raikou, Entei, and Suicune. As the deities of Johto, Ho-Oh and Lugia are considered to be some of the strongest regional legendaries ever, with a strong connection to Johto’s rich, mysterious past.

The Ruins of Alph were also an intriguing area which rewarded additional exploration, and didn’t give all the answers either! And then there are also the Sinjoh Ruins in Pokémon HeartGold and SoulSilver! There’s much to learn about the region.

Based upon the Kansai region of Japan, Johto has a very traditional Japanese-themed feel to all of its locations; something which can easily be related to in places like Ecruteak City and Violet City. The residents of Johto are relaxed and friendly, unlike the quiet and reserved Kantonians. This region beautifully represents a harmony of contrasting cultures thriving alongside each other. Most of Japan’s cultural aspects are deeply rooted in Johto, which is something you don’t see quite often nowadays in the Pokémon franchise, neither in the anime nor in the games. All in all, it was a refreshing derivative from the modern, metropolitan Kanto and provided a much-needed change in pace for the series.