Hey guys! In this article I’m going to be ranking all the core series regions of the Pokémon franchise! From generation 1 to 7, I shall be looking at various categories like Lore, Pokémon, Regional Villains, etc., and considering each region by their total score across each category. Without further dilly-dally, let’s begin!

As the first region ever to be introduced in the Pokémon franchise, Kanto is a simple, well-balanced region that is easy to get around. It feels like a fresh start to a new journey. Unlike its neighbor Johto, Kanto is quite modern and technological. People from Kanto are considered to be sophisticated, reserved, and formal. It is also the only region without any myth or lore surrounding it. 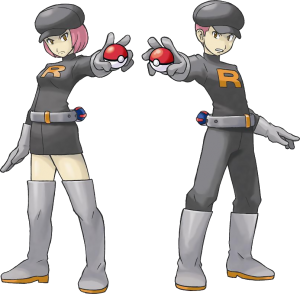 Team Rocket is a legitimate criminal organization with only one motive – money. It’s as simple as that. They are basically the Pokémon Mafia. They’re just a team that wants to make a lot of money, and they’re willing to do anything to achieve that. Kidnapping, gambling, illegal experiments, and production of man-made Pokémon are only some of Team Rocket’s many, many businesses.

Their leader Giovanni isn’t someone to be trifled with either. He has the aura of a criminal boss who will stop at nothing to achieve his ends. He has established his empire all over Kanto and Johto, and unlike most organization leaders, doesn’t have any ulterior motive or grand design of reshaping the world or conquering it. He just wants money, money, and more money.

This works surprisingly well, giving a classic, Godfather-styled feel to Team Rocket. Hats off to Game Freak for creating a crime syndicate which is not completely incompetent.

The beginning of the generation 1 games is a little fast-paced, when all of a sudden, we are placed smack in the middle of a Pokémon lab and asked to go around the Kanto region to complete the Pokédex. But while the games can get annoying and repetitive at times, the latter half of the story (Silph Co. arc onwards) is very intriguing and had me playing constantly. One thing I liked is how after the second badge, you can challenge some of the other gyms in no particular order. It gave a sense of freedom that the later games did not, and it actually felt like my choices mattered. All in all, Kanto had a short and sweet storyline, of which I enjoyed the Team Rocket sub-plot the most.

Statistically (or at least, according to me) whenever a nine-year-old thinks about Pokémon, his mind is already fixated on the original 151. From the powerful Charizard to the adorable Jigglypuff, no other generation has been able to introduce such a wide variety of diverse Pokémon one after the other. Pikachu is the literal face of the Pokémon franchise and all the three starter evolutionary lines are basically beasts.

Of course, Kanto did have its weak points. Voltorb, Mr. Mime, and Jynx remain (in my opinion) some of the most poorly designed Pokémon. Even the three legendary birds were relatively weak compared to other regional legendaries. But even after going through everything, one can’t argue with the fact that few regions have been able to produce such iconic Pokémon like Kanto.

Since Kanto doesn’t have any specific myth or lore, the score is set to 5.

Kanto is based upon the real-life Kanto region of Japan. In the generation 3 games, Kanto is depicted as a region with lush green forests and grasslands. However, to say the least, Kanto is geographically unremarkable. It is built upon a plain, there are no deserts, and nothing that comes close to being a mountain (not Mt. Moon). I could go on forever about Kanto’s geographical complexities but for sanity’s sake, I’ll stop here. After all, original isn’t always the best, right?