The fashionable, stylistic Kalos region was truly one of a kind. Providing a major visual overhaul to the entire series, this colourful and vibrant region captured our hearts with its unique elegance and charm. 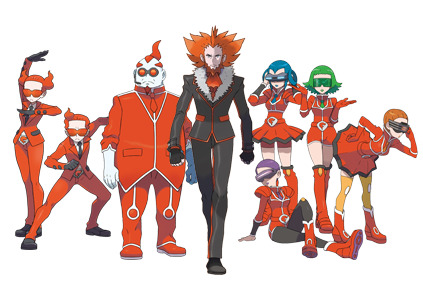 Team Flare is the most underdeveloped criminal organization ever introduced (aside from Team Skull, of course). Their uniforms are laughable and their motives are horrible. “Let’s save everyone by killing everyone!” That was the message I got from Team Flare.

What did they say their goal was? To make the world a beautiful place. A goal that was highly ambiguous and was never really fleshed out at all. That makes it really tough to understand why Team Flare is doing what they are doing. And did Lysandre have dual personalities or something? All throughout the game, we are introduced to Lysandre as a kind and sympathetic man, and then suddenly we come to know that he wants to kill everyone who isn’t a member of Team Flare.

Lastly, the grunts didn’t seem as if they knew what Team Flare was even about. Lysandre was talking about making the world a metaphorically beautiful place. But the grunts took it literally and were all about fashion, glamour, and pretty things. Their true goals weren’t even being executed properly, so there you go. I have nothing more to say.

After the dark, mature theme of Unova, Kalos just seemed a bit too… vibrant. Its story was too colourful and happy-go-lucky to be actually enjoyable. While the anime in itself was dazzling, the main series games failed to impress me with their storyline. The Team Flare arc flopped, and the game generally had nothing else to offer in terms of story. Korrina was an interesting character, and so was Diantha. Mega Evolution was an awesome concept, but it was just a mechanic and did nothing to help the story. Add to all this the fact that we have four (yes, four) rivals. Shauna was loud and noisy, but she had her moments, and that makes her the best out of the four (which is kind of like being the tallest dwarf). Serena’s character felt forced, and the guys (Trevor and Tierno) were just plain annoying. So, yeah, the Kalos region didn’t impress me all that much with its story. 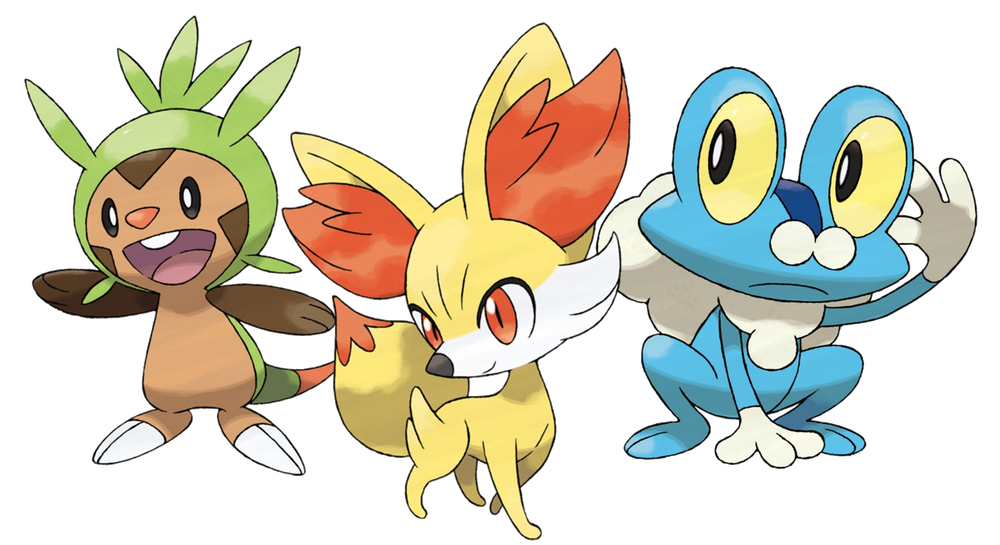 While Kalos doesn’t have the most well-designed Pokémon, it is definitely a notch above Unova. And with the introduction of Mega Evolution, we got several Pokémon re-designs that gave them a more awesome, intimidating look. Leaving Malamar and Klefki aside, Kalos did have some solid ideas for Pokémon. Tyrantrum, Greninja, and Hawlucha are some examples. An added bonus is the Aura trio, Xerneas, Yveltal, and Zygarde, all of whom are killer legendaries.

However, the starters are what set Kalos back. The Fennekin and Chespin evolutionary lines weren’t even half-decent to me. Froakie was somewhat usable – okay, I’m lying, Froakie was awesome, but the other two were meh.

Closely tied with the Unova lore, the Kalos lore revolves around AZ, a king, and the father of the two brothers of Unova. AZ was the one who moved away from Unova and established his empire in the Kalos region. Thus, Geosenge Town was formed. The Kalos War occurred, and the ultimate weapon was formed underneath Geosenge Town.

Intoxicated with power, AZ resolved to use the ultimate weapon to revive his lifelong companion, Floette, who was killed in the battle between the Unova dragons. This led to his people abandoning him and setting up a town north and south of Geosenge Town. Finally, after Floette was revived, AZ forced the citizens to construct Parfum Palace and Shabboneau Castle. As a result of his tyrannical rule, Floette abandoned AZ, who was provided with eternal life. Much of Kalos’ wealth then arrived from the Terminus Cave Project, which triggered the sightings of the Aura trio.

Finally, three millenniums later, the events of Pokémon X and Y (XY) begin, where AZ is still waiting for the prophesized Hero of XY to come and save Kalos.

Much like Unova, Kalos has a long, winding history, and with good legendaries to boot. So this time it takes the cake.

The Kalos region is inspired by Paris, the fashion capital of the world. Shaped like a five-pointed star, with one of its biggest cities being Lumiose City in the north-central part of the region, Kalos features a vast network of rivers and waterways snaking through much of its landscape, cities, and towns. It is also quite easy to get around as the routes are very impressionable and all the towns are remarkably unique.