A region that was introduced just as the franchise was, in my opinion, getting a little stale. Sinnoh, while having a quaint charm, did nothing that really stood out for me. The region felt forced, the locations felt outdated and sluggish, and the games never really drew me in. The only reason I barely completed Platinum was because of the lore. But as Sinnoh seems to be a favourite for many people, I’ll try not to let my bias get the better of me, and give a fair ranking. 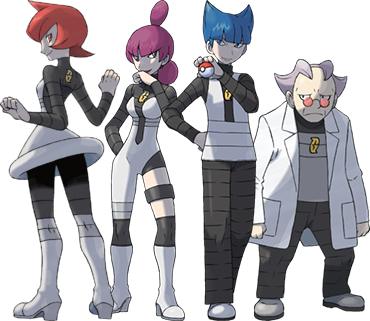 Team Galactic is not exactly easy to forget, what with their, erm, highly ambitious goal of destroying the universe and creating a new one. Led by Cyrus, an emotionless shell of a man who is convinced that human strife is ruining the world, Team Galactic aims to revamp reality itself with the powers of Dialga and Palkia, the gods of time and space. However, while Team Galactic has a very dark and mysterious undertone, it is ultimately useless and bumbling like most other criminal organizations in Pokémon, with nothing that really sets it apart.

While Pokémon Diamond, Pearl, and Platinum (DPPt) started off quite promising, it quickly got stale midway. The only things I looked forward to were the occasional appearances of Cynthia and the Distortion World (Platinum). The gyms were annoying and repetitive. Our rival was loud and noisy, and the cities, which had a northern feel to them, always gave me a cold, washed-out feeling (I can’t explain this one). The latter half of the game was more or less the same, with the exception of the Spear Pillar arc, which was quite climactic and sparked a new interest in me to see the game through. But even that could not save Sinnoh from its horrible storytelling style. 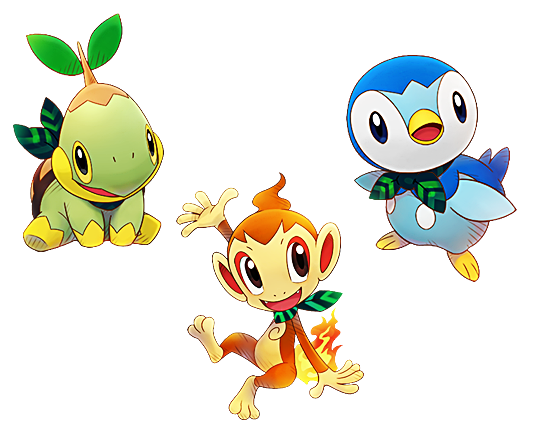 The Pokémon designs of Sinnoh were probably the only good thing about it personally. We got powerful new evolutions for already powerful Pokémon (Rhyperior for Rhydon, Magmortar for Magmar). We saw two new Eeveelutions in Leafeon and Glaceon. Lucario, Garchomp, Mamoswine, and Gallade are monsters, to say the least.

What’s more, the Creation trio (Dialga, Palkia, and Giratina) remain my three favourite legendary Pokémon. Shaymin was also introduced in Sinnoh, and to date is the most adorable legendary I have ever seen.

But Sinnoh did have its downs, most of them in the form of Pokémon like Ambipom, Bibarel, Probopass, and others.

According to several Sinnoh myths, this region was the first of all the regions. In a void of nothingness, a single Egg came into being, which then hatched into Arceus, the first Pokémon to be in existence. Arceus created Dialga who could control time, Palkia who could control space, and also Giratina, who was banished to another dimension for its violent behavior. Then Arceus created Azelf, Mesprit, and Uxie to create willpower, knowledge, and emotion. These three deities formed lakes Valor, Verity, and Acuity.

The lore of Sinnoh, along with its Pokémon, is the best element of generation 4. It gives us an explanation for the creation of the Pokémon universe. It introduces us to Arceus, the god of all Pokémon. It gives us a deep, thoughtful outlook into the history of the Pokéverse and enables us to use our imagination to find out what really happened.

As I said before, the towns in Sinnoh were plain and uninteresting, Mt. Coronet was way too confusing, and the look and feel of most Sinnoh locations were washed-out and sluggish.

Sinnoh is based on the northern region of Japan, specifically Hokkaido. That is the reason why there is so much snowfall, and why everybody in Sinnoh wears winter clothes. That is also probably the reason why everything seems dull, cold, and colourless. I’m not saying that Hokkaido isn’t a beautiful place, but Sinnoh failed to capture the essence of Hokkaido, the very thing that sets Northern Japan apart. I’m just saying, there’s more to Hokkaido than just snow.

Nonetheless, one thing I liked about Sinnoh’s geography is that Mt. Coronet, no matter how confusing, connects to many towns throughout the game. Also, there is more than one way to reach a town. Everything is non-linear, and it gives a sense of adventure to the region.