It’s that time of the week again – time for #FeatureFriday! This week, we’ll take a look at Pokémon Quartz DX, a remake of an ancient ROM hack called Pokémon Quartz.

Ah, Pokémon Quartz. A title anyone who plays Pokémon ROM hacks will know. Created by PokéCommunity member Teh Baro, affectionately known as simply “Baro”, this Pokémon Ruby hack began development way back in 2004 before ROM hacking was anywhere near as popular a hobby as it is today, and was completed in 2006. This makes Quartz one of the first ever completed hacks. Not only that, it is also the very first hack with a full Pokédex of fan-made Pokémon, commonly referred to by the community as “Fakemon”. It’s a little piece of ROM hacking history. 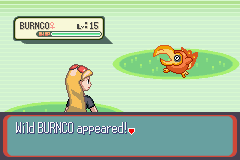 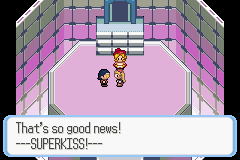 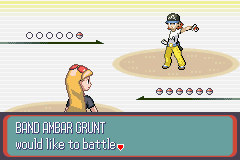 Quartz is set in the region of Corna, where the hero/heroine has relocated from Saffron City to help Professor Baro research these new Pokémon. The layout of this new land is almost identical to Hoenn with the addition of a few new areas, which is fairly obvious during gameplay and from the region map. After receiving your starter Pokémon – either Seegg, Firegg or Aquegg – you and your neighbour/love interest will set off to travel the Corna region, take on the nine Gym Leaders and defeat Band Ambar. The hack is rife with glitches, very questionable sprite work and Fakemon design (especially by today’s standards), grammatical errors and funny moments that were probably not intended to be funny which adds to its unexplainable charm despite its many issues. It really is a product of its time, when ROM hacking was in its youth.

If you haven’t played this hack before and are interested in giving it a try, I’d recommend playing as a female so that you can experience the male rival character Joseph Akira, whose dialogue will have you both cringing and laughing out loud between his broken English and hilarious one-liners.

In 2007 the sequel to Quartz was announced – Pokémon Marble, this time based on Pokémon FireRed. However, it was left incomplete and thus fell to the dark realm of unfinished ROM hacks. 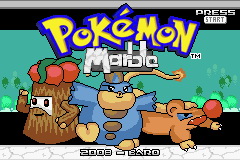 Now that our trip down memory lane is over, it’s time to turn away from the past and look to the future…