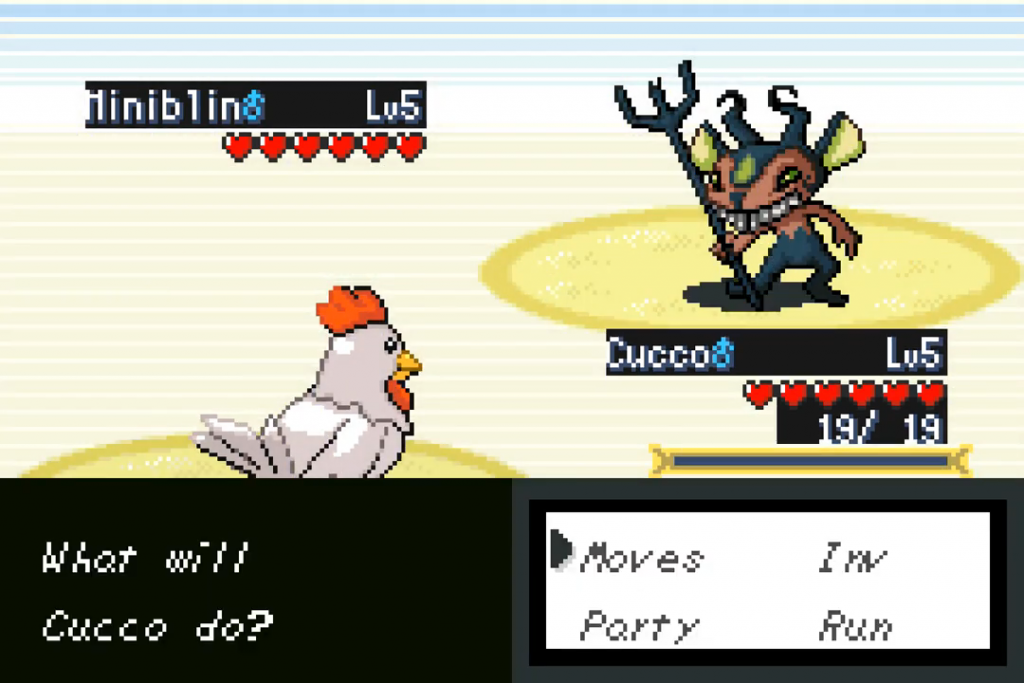 Zelda: Sacred Paradox is a ROM Hack created by Danno that released on November 14, 2016, but is still in active development, although having restarted under a new name, Project Zeldamon.

Travel to the land of Hyrule and take on Odolwa in this exciting ROM Hack where you use gems to capture wild Zeldamon, creatures from the Zelda universe!

Zelda: Sacred Paradox is a Zelda x Pokémon crossover using the Pokémon FireRed engine. Although it only features an hour or two of playthrough, it is a unique concept, and the development is still in-progress. It features familiar Zelda enemies and friendly creatures, such as Cuckoos, Octoroks, and Bokoblins. While it doesn’t feature things like the Physical/Special split, it makes up for it in pure creative potential.

Although it is noticeably incomplete, such as having a blank title screen and its fair share of bugs, it is still playable. That said, there is one particularly buggy room, where you have to press a combination of buttons, unintentionally, to make it through. It features only about 12 different Zeldamon, which unintentionally evolve into the original Pokémon such as Machoke and Golbat. Poké Balls are renamed to “Faded Gems” and you have to farm money by selling renamed Potions called “Small Hearts” in order to buy them. 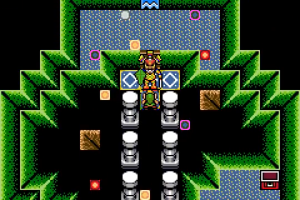 The game is in very early development, and has a playable demo. The final boss is Odolwa, a villain from The Legend of Zelda: Majora’s Mask, who has incredibly high stats while being so early on, and has access to Swords Dance. Luckily, this Grass/Dark type’s only attacking move is a non-STAB Quick Attack. This means Fighting and Flying types such as Bokoblin, Machoke, Cuckoo, Keese, and Golbat can all be used to great effect, notably the former two, as Low Kick does a great deal of damage to Odolwa.

The Fakedex is currently in development, with about 80 or so Zeldamon completed and inserted into the ROM. HM ideas are being worked on, with items such as bombs, Goron’s Bracelet, and the Hookshot making their return, replacing the original HMs and being usable items, instead of moves that you teach your Zeldamon. Some maps are inserted, and Fly is fully functional, thanks in part to my advice to the creator. The protagonists are Link (male) or Linkle (female).

InnerMobius, or Danno on the PokéCommunity, has made a complete walkthrough and uploaded it to YouTube on his channel. A notable Pokémon ROM Hack YouTuber, HeroVoltsy, has also done a playthrough.

I highly recommend following the progress of this game, as it is a great concept that is executed well. If you would like to contribute to development, the team thread is linked here. The old thread, with a link to the download, is found here. You can also join the Discord if you wish to hang out or contribute. The team currently consists of InnerMobius, Vitor Csg, Z-Max, and a few others.

Edited by Aldo, Avara and bobandbill.