On FanGameFriday, we show off Pokémon games created by our members here on PokéCommunity. This week I’ll be reviewing mattymannnn’s Pokémon Saffron, a ROM hack based on Pokémon FireRed set in the custom region of Azira!

Pokémon Saffron is a new ROM Hack created by mattymannnn which made its debut on April 26th this year.

Experienced trainers and amateurs alike visit the Azira region from all over the world, for a chance to witness a phenomenon which only occurs once every ten years, known as the Great Migration. During this event, many migration paths synchronize, causing a huge increase in the region’s Pokémon population. 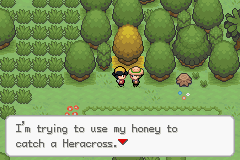 t cycle, berry system and honey trees. Battle mechanics have also received a big update with the inclusion of moves and abilities from later generations, the Physical/Special/Status split, Fairy type and much loved Mega Evolution. As well as the aforementioned, mattymannnn has added several smaller quality of life improvements including the Pokémon Black and White Repel system, reusable TMs and experience gain on capture.

I was immediately impressed with the simple yet brilliant titlescreen which made a good first impression even before diving into the game. Perhaps it’s because Raikou is one of my favourite Pokémon and I’m biased, but still, the fact that it looks great is undeniable. The creator has clearly put a tremendous amount of effort into every aspect of the graphics; the Azira region is beautiful. The generous amount of animated tiles and usage of Pokémon overworld sprites breathe life into the maps – wherever you are, there’s always something interesting to look at. Not only has the overworld been revamped – we are also treated to an overhauled battle interface, new Pokémon and party summary screens, type icons, trainer and Pokémon sprites. 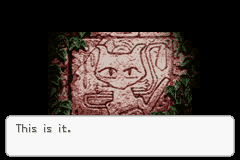 The first thing about the gameplay I’ll praise is the alternative take on the introduction – instead of the standard Professor’s speech that we’re all used to, we are shown an ancient carving of Mew in El Dorado, South America. Granted, the artwork was a little pixellated and rough around the edges, but it illustrated the concept well enough. One year later in game time, we as the protagonist are shown in our new home in Haba Island. It’s a shame there is no option to play as a female, but that’s more of a personal gripe than an actual issue.

Although some might argue that Eevee is an overused starter Pokémon in fan games, I think it’s an excellent choice. I decided I was going to try for Umbreon straight away! Another positive point I absolutely have to bring up regarding the gameplay is the level curve. Getting the level curve right in any kind of Pokémon fan game is no easy task, and is a common subject of criticism with many ROM hacks. During my playthrough of Pokémon Saffron I found myself neither struggling to keep up and being forced to grind nor battering my way through every battle with ease.

If you haven’t tried Pokémon Saffron yet, what are you waiting for?! Should this review not have convinced you enough, you can check out the trailer below. Keep your eyes on this one, ROM hack enthusiasts. It’s going to be a memorable title for sure.

Moderator of PC's ROM Hacking section. Avara likes playing ROM hacks, working on ROM hacks, making guides about creating ROM hacks, writing about ROM hacks... you get the picture. Can usually be found at her computer or in her local pub.
Read comments