Ultimately, there are many deep-set factors contributing to a lack of women in competitive gaming, and these factors are self-perpetuating. It’s similar to if someone wants to buy a certain rare product, and only one store within a hundred mile radius offers it. But if everyone who works in the store makes you feel uncomfortable or even unsafe, most people would simply just do without. For gaming, where practice makes perfect, if there’s no safe space to play, there’s significantly less opportunity to practice and reach the same level of finesse as notable male players. Those who do rise to the top still have to deal with sexism and danger at every turn. 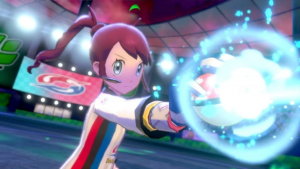 The rise of online shopping may make the aforementioned allegory go by a bit smoother, and the same applies to women in gaming. When asked about the possibility of hosting all-women in-person tournaments, McLaren was hesitant. “There are a lot of women around the world, but I’m not sure if there’ll be women TOs doing women-only things. I’m not sure if that’s gonna work. I feel like maybe online is just better.” With online features growing ever more prominent in eSports, such as streaming, an online space that is well-moderated is inherently more welcoming than an in-person space where women are still not appearing in large numbers.

“I wish everyone can stream the game,” McLaren says. She feels this tournament has encouraged more women to stream in general, a great way to establish even more role models for women thinking of getting into VGC. “There were a few new women streamers that just started because they participated in the tournament. So now we’re having some good pickup on the women streamers and I really like that. And plus I’ll be one later this year.”

The increase in female streamers contributes to further role models for women to look up to when thinking about getting into gaming, and the solidarity can further encourage women just beginning to break into the community. McLaren gleefully describes her increase in Twitter followers following the tournament, all participants with no ulterior motives who will likely look forward to her first forays into streaming.

“There tends to not be specifically black-and-white events that prevent women from playing, but rather the overall tone and actions of people subconsciously,” says Smith, neatly summarizing the complexity behind why there’s a massive lack of women in eSports. “I feel the Women’s Tournament was an amazing step for us, because not only did a ton of women become introduced to VGC that wouldn’t have before, but it allows us to go deeper into the problem.”

Smith explains the Women’s Tournament helped her see some of the notable barriers keeping women away from competitive gaming. All facets of the competition were made with welcoming women in mind, from providing a safe space to teambuild to giving women the opportunity to stream. And its impact really shows: tournament winner Fiona has gone on to speak with various VGC-centric publications and has been growing her online presence. As for Lauren, she used her experience to prepare for official online tournaments such as the Players Cup. Women who began streaming with the Women’s Tournament continue on Twitch to this day, and some have begun YouTube channels.

When Smith says, “I feel that this tournament was a first, very solid step for women in gaming. With how extremely successful it was, I think it has created a potential basis for the community in the future,” I look at the increased number of women in VGC communities and can’t help but agree. Since then, a second Women’s Tournament has been announced for February 2021, and I anticipate similar great results, not just with the player turnout, but with its long-term impact. There’s still a lot of work to be done before women can truly be safe in co-ed gaming spaces, for the number of women in eSports to come even close to the near-50% seen in casual gaming statistics, but we’re on the right path.