On Sunday, September 6, one of the many fantastic female competitors was slated to gain such recognition. Fiona from Canada and Elisa from the United States faced off in the finals after a grueling eight rounds of Swiss on Day 1 and four rounds of single-elimination on Day 2. A failed double Protect from Elisa’s Terrakion left it wide open for attack and fell to Fiona’s Tsareena. Although Elisa’s Talonflame could pick up the revenge KO on Tsareena, it was her weakened Talonflame and Fiona’s full-health Duraludon left remaining on the field. One Thunderbolt later and Fiona was crowned the first annual Women’s Tournament winner.

When asked about the wording used by the casters — “first annual” — Smith confirms interest in keeping the Women’s Tournament going. “I’ve been super busy with school and such, so it’s been really difficult for me right now, but I know that I will be planning more events in the future. I’ve been wanting to figure out a more consistent schedule of events for the Women’s Tournament.”

McLaren echoes the sentiment. “It will be cool if we keep on doing more tournaments online, so we can practice. And hopefully the guys of VGC will notice that’s a regular thing. Like, girls want to play this. And hopefully there’ll be no Toxtricity — toxicity about that,” she corrects herself.

“No Toxtricity either, please. I don’t want to see that guy,” I tell her.

McLaren laughs. “Put that in there — ‘No Toxtricity!’” 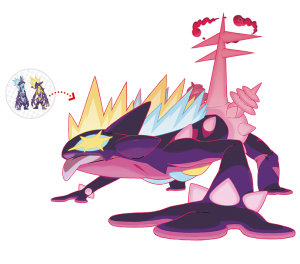 And there wasn’t much Toxtricity, in fact — I happened to catch a game with a Gigantamax Toxtricity on stream, against Fiona in one of her top 8 games. It alternated between Max Ooze, softening up Fiona’s Pokémon while granting team-wide Special Attack boosts, and G-Max Stun Shock, hoping to land Paralysis against the Poison-immune Duraludon. Although Fiona managed to take the win using the combined force of her Dynamax Duraludon and Lightning Rod-powered Raichu, she still couldn’t help but sigh in relief when it was over. “That Tox was very scary…”

But despite its impressive versatility, Toxtricity didn’t make an appearance in the top 16 most-used Pokémon of the tournament. Instead, a mix of returning consistent picks and some new faces made the cut.12 “I went up against someone who was using a Klinklang,” says McLaren, who played a few rounds before moderating the Twitch chat. “I totally forgot that Klinklang had Electric-type moves!” The grindy gears are certainly uncommon in VGC, but they weren’t the only unique choices McLaren saw throughout the tournament. “I went up against one Gengar… I think it was the Gigantamax Gengar, too. There were just interesting combos.”

Lauren’s favorite thing to see was a purely offensive Dynamax Hitmontop. “I’ve built a couple Hitmontops myself and they’ve all been Intimidate support sets, and then just to see that big guy staring me down…” she recounts with laughter. “Everyone knew they weren’t going up against old champs,” she continues. “So you could feel comfortable having fun sets, and especially since it was done in Series 6. Like the old Grassy Glide and Incineroar meta wasn’t available, so I think that gave a lot of the freedom and flexibility, too, to have fun sets.”

Lee also loves the team diversity seen during the tournament. “I think finding people who use Pokémon that they like and want to make work has been kind of the thing that makes me so excited about it,” she explains with delight. “Pokémon is so fun for that, and I think this tournament specifically was a way for people to really express themselves and find the chance to use the Pokémon they might not be able to. Especially because Series 6 had taken out the top 10 dominating Pokémon from the format before.” 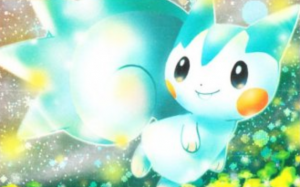 Denk tells Owayo that women also “fear that they will not be judged according to their performance, but according to their gender” when it comes to competitive gaming. “If a woman does badly in a game, it quickly means she plays badly because she is a woman.”13 This leads to women having harsher expectations placed on them when gaming, and as such they may normally not be willing to try niche or gimmicky strategies out of fear. Lose with the gimmicky set, and you’re dismissed or even insulted for “not knowing how to play.” Win, and you “just got lucky.” On the other hand, when men win with niche picks, they are almost exclusively celebrated rather than dismissed. VGC’s storied history alone includes 2019’s World Championship Senior Division winner Ko Tsukide’s shocking Togedemaru set, and, most famously, 2014’s Masters Division winner Sejun Park and his iconic Pachirisu. Even 2019’s Masters Division runner-up Hirofumi Kimura and his endearing Umbreon are remembered fondly, despite not taking home the win.

But in the Women’s Tournament, contestants were free to teambuild as they pleased without worry of judgment, resulting in a healthy, diverse meta with very unique teams. Players could also ask for help with teambuilding without fear of feeling inadequate for seeking guidance. Getting into competitive gaming is already challenging for women enough due to the cultural and structural barriers, but getting into any given game is a natural hurdle all players must face. Lee thinks teambuilding is part of what makes Pokémon challenging to get into, and being a female player makes it harder to ask for help. “I think it’s important to have a space where you don’t have to worry about that added fear of thinking that, if I ask for help, will that perpetuate any harmful stereotypes?”

Lauren took full advantage of the Women’s Tournament Discord server leading up to the event. “Everyone had great suggestions, and everyone was happy to help each other out even though we’re competing against each other.” That friendliness really helped put Lauren at ease for her first tournament. Smith explains the team simply opened up a channel for teambuilding and the wonderful community members took it upon themselves to assist each other. “We didn’t have to worry too much about enforcing the rule of being respectful to each other because everyone was being awesome in the first place,” Smith says.

Lauren goes on to describe how the selective grouping allows more people to be heard when it comes to generating ideas. “Limiting it just to women, which is a smaller demographic of the Pokémon community, definitely made it easier.”

But Lee expresses the concern that when women in gaming spaces are heard it’s for the wrong reasons. “I think it’s one of those cases where you have that sort of outcry of, ‘It’s not all men,’ but it’s enough of them that we have to be wary about it.” Lee continues, “I usually feel really bad about doing this because I try to be as independent as possible, but sometimes I’ll drop the fact that I have a boyfriend really early in the conversation so it’s very clear that there is nothing romantic that can happen. And… I hate that I have to do that, but I know it’s a necessity sometimes.”

Something very important Lee picks up on is that while she hasn’t had that kind of experience in the Pokémon community, she’s known people who have, and has experienced it herself in other gaming communities. She notes that it’s difficult for people who have never been the target of such behaviors to recognize that they’re doing something harmful, but that may be changing as more and more cases of abuse are brought to light.

“I know that a lot of people don’t ever want to have to feel that way, but I think it’s sort of a reality, especially for women in gaming spaces that are so male-dominated, that they have to worry about interactions they have for the most part.” She also references an entirely different gaming community: “I think, recently, with what’s been happening in the Smash Bros. community, there’s been a sort of realization that there’s a lot of things we need to address that’s problematic. I think that perfect storm kind of happened this summer where all that had occurred, and now there’s this understanding of, ‘Yeah, I may not personally be part of the problem, but there is a deeper set in here.’”

The Smash Bros. situation Lee describes happened in late June to early July of 2020. Nearly 50 prominent competitive Smash Bros. players were accused of sexual misconduct, some of whom were met with multiple charges.14 These were all well-known competitors, active community members on YouTube and Twitch, and some of whom were considered the absolute best players in their divisions, including Nairoby “Nairo” Quezda and Gonzalo “ZeRo” Barrios, who even features in the Guinness Book of World Records for his overwhelming 56-tournament win streak in Super Smash Bros. for Wii U.15

The prestige of the Smash Bros. competitive scene, combined with the frighteningly large number of claims, garnered a lot of attention. But the bravery of the victims finally breaking their silence had a rippling effect, leading to the VGC community to also speak up. Many women came forward with their own experiences of assault and harassment that proved this wasn’t exclusive to any one gaming community. Even McLaren recounts on the Twitter extension application TwitLonger a ghastly experience in which a man followed her to her car after a tournament and physically grabbed her when she denied his advances. It was only after a store owner stepped in that he backed off.16

Romine notes that unrequited relentless romantic gestures “can turn scary,”17 and that is no exaggeration. It is horrifyingly frequent for women to be abused, assaulted, or even killed when they tell a man “no.”18 When Lee discusses the need to quickly establish that she’s not looking for romantic relationships when talking to men in gaming communities — something that many women in general also do — she notes that it stems from a problem not at all exclusive to gaming, and can even be seen in the ways men interact with women in the workforce. Denk agrees that part of the problem lies in the way schools and parents teach — or fail to teach — gender competence in children.19 Unfortunately, the issues that keep women away from competitive gaming are deeply entrenched in systemic blockades that will take more than just a few all-women’s tournaments to tear down.

But just as Lee describes, the recent debacle in the Smash Bros. community seems to have helped push for a deeper understanding on the part of individual men that even if they personally haven’t contributed to the problem, the problem is still there, and there are things they can do to help. 2018 World Championship Masters Division winner Paul Ruiz put it very strongly on Twitter: “Sometimes people can think ‘that’s another’s business’ but it IS my business if I can do something to help [sexual harassment] be destroyed forever.”20