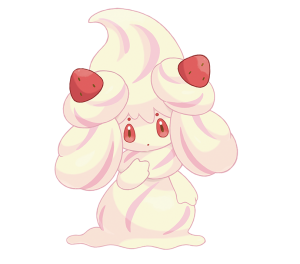 Alcremie can produce whipped cream, which becomes richer the happier Alcremie is feeling. Desserts made using this cream are invariably delicious, so many pastry chefs strive to have an Alcremie as their partner.

When attacked by an opponent, Alcremie will throw sweet-scented cream to distract them or temporarily blind them, giving itself time to escape. The cream it uses for this purpose has an incredibly powerful soothing effect, and any opponent that tries to eat the cream will rapidly lose the will to battle.

Alcremie, given its appearance and description, is quite clearly based on whipped cream and other cream-related delicious desserts. It even comes with a pair of strawberries, a popular fruit pairing to cream.

Its name sounds similar to alchemy. Its Japanese name meanwhile (Mahoippu) is a combination of mahou (magic) and whip. This fits the description of its cream being able to soothe opponents to the point of losing the will to battle. Crème Chantilly, incidentally, is another name for whipped cream, which may also be a basis for its English name.

Its Gigantamaxed form seems to be an elaborate wedding day style cake – truly one of the most impressive of cakes to choose, and certainly the biggest typically seen! It’s fitting for a Gigantamax form. 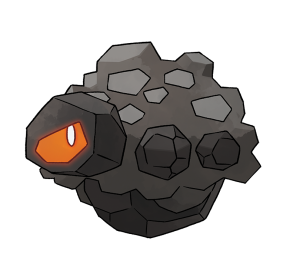 Its red eye can illuminate dark areas, while it uses the lump of coal attached to its body like a wheel to move through coal mines and caves. It seems to be able to travel smoothly even over rough terrain.

Until about one hundred years ago, every household in the Galar region had a Rolycoly. The families would use the coal that dropped off its body for cooking and heating their homes. Even in the modern day, Rolycoly is a very popular Pokémon to take for outdoor activities!

Rolycoly is based on coal. Coal, while recently significantly scaled back in use by Britain for energy supply, has an important part in its history. The Industrial Revolution, based heavily on the huge supply of coal, began in Britain in the 18th century – so it’s perhaps not surprising that it’s been used for the basis of a Galar Pokémon. This fits into the description of it being of use to many households in the Galar region.

It has a wheel on which it moves about on, which is both cute and possibly a reference to minecarts. Maybe we’ll see this expanded on in an evolution, such as a steam engine? Its red eye acting like a flashlight would have been extra useful for miners too.

As an aside, a foodstuff from the United Kingdom is the “roly poly” – a name quite similar to the Pokémon here. However besides the name similarity there doesn’t appear much else in relation between the two. One is delicious, and the other is coal. 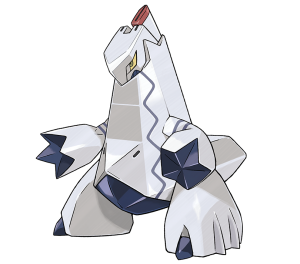 The metal composing its body is incredibly durable but also surprisingly light. It only weighs about 88 lbs. in total. Thanks to this, Duraludon can move quite quickly in spite of its appearance. Its body is weak to corrosion, however, and is known to rust easily.

Duraludon live in caves and mountainous areas. Their two arms have slightly different shapes from each other, and they use these to grind down rock surfaces for food. They share their habitat with Tyranitar, and these two Pokémon are often seen battling each other in the mountains of the Galar region.

Duraludon appears to be based on the very similarly named metal duralumin. This aluminium alloy is known to be hard and light – both features common to Duraludon. Furthermore, as duralumin includes the presence of copper, it is susceptible to corrosion – another defining trait of the Pokémon.

But that’s not all! Given the statements on it fighting Tyranitar – a Pokémon based on Godzilla – then it stands to reason that you can see some of Mechagodzilla behind Duraludon as well. Like Duraludon, it also fires lasers at its opponent.

This Steel/Dragon-type also has a vague knight-like appearance to it – something that you could associate with Britain, and hence the Galar region. 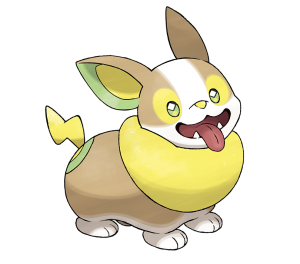 Yamper has a tendency to be drawn to things that are moving quickly. It can chase after people and Pokémon or even go charging at vehicles! Yamper has an organ in its body that generates electricity, and this organ is activated when Yamper runs around. Yamper can’t store the electricity it generates, so it’s often seen running around with electric sparks crackling around it.

A Welsh corgi is the obvious fit of inspiration for Yamper. Given these dogs have been used for herding animals, you can expect to see Yamper running after some innocent Wooloo. That said, its snout is a bit shorter than what you’d expect of a corgi, and it’s hard to make what its neck-jacket has to do with its design. Perhaps it is made of rubber, to fit into the Electric typing it has?

As for its name, Yamper features ‘amper’ – or part of the word ampere, a measure or unit of electric current. You could argue ‘scamper’ as well, referring to the description of it running about a lot. Its Japanese name, Wanpachi, may be a combination of onomatopoeia, both for barking and crackling; the latter also mentioned in its official description. 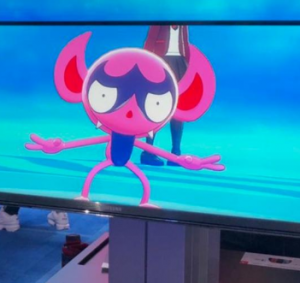 Imps are a clear basis both in name and image, but the rest of the name may draw from the word impede, or impediment. It seems fitting for this Pokémon staring down at its opponent with its tongue stuck out like that.

There are a few cases of imps in British mythology. One example is the Lincoln imp, who was turned to stone for wrecking havoc in a church and then attempted to throw a rock at an angel. It’s too early to tell what may be an exact source of inspiration for Impidimp, given it is yet to be formally revealed (so far only spotted at E3 demos), but if it gets Rock Throw or Smack Down in its moveset, that may point to this imp in particular.

Which of the new seven Pokémon is your favourite? Let us know of your interpretations of what they are based on.

Thanks to Corviknight for the Roly Poly suggestion.
Edited by Jake and Sheep.