The Pokémon Direct today has revealed seven new Pokémon, including the cover legendaries for Pokémon Sword and Shield. But what are they based on? Let’s go through and theorise the inspiration used for these new Pokémon of the Galar region.

Zacian attacks so gracefully that its movements can even captivate its opponents. It holds what appears to be a sword in its mouth. Its shining blade can cut through anything.

Zamazenta’s regal and majestic movements overwhelm any opponents that dare face it. Its body is covered in what seems to be a shield. Its gleaming shield can turn back any attack.

Wolves are the clear animal being used as a basis for the two Legendary Pokémon adorning the covers of the games. Wolves and similar animals frequently pop up in mythology (including, for instance, Celtic mythology) as well as British literature (Hound of the Baskervilles as an example), and there are many more possibilities we can point to. The sword and shield basis are obvious parallels to the tools of a knight, which in turn is undeniably a British concept, while shields often make up ‘coat of arms’ seen for houses of nobility, another deep-rooted part of British history and culture.

There are also the tools of King Arthur – the well-known sword Excalibur, and the lesser known shield Pridwen (also spelt Prydwen). Given Zacian carries a literal sword, perhaps there is a relation to the famous sword-in-the-stone, or perhaps it is gifted to the Pokémon by something similar to the ‘Lady of the Lake’.

The two are seen to be working together against a common foe at the end of their trailer, which adds a duality to the sword and shield theme. The two wolves Geri and Freki are companions of the god Odin in Norse mythology – perhaps there lies a point of inspiration for Game Freak. Another point is the names themselves of the legendaries, it seems the “suffixes” -cian and -mazenta derive almost exactly from the Japanese for ‘cyan‘ and ‘magenta‘ which are the two primary colours in the Pokémon Sword and Shield game logos. 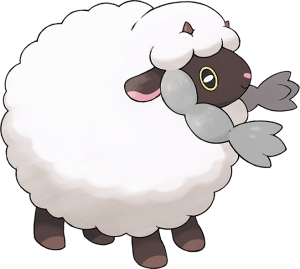 The white fur that covers their bodies grows throughout their lives, and it will fully grow back in three months even if the Wooloo has been completely shorn. The fur is used for clothing and carpets and the like, and it is very popular as a specialty product of the Galar region. Wooloo live as a herd and mimic the actions of their Trainer or herd leader. They dislike conflict, and if they need to escape from enemies, they will simply roll away.

Believe it or not, Wooloo is based on… a sheep. It’s hard to pick a particular species it is based on, but it’s fairly clear what it is based on. Sheep are commonplace farm animals in the United Kingdom, so these fit right into Galar. The braids along the side of its head are seen on a few sheep, but none look quite as distinctive as it. We’ll just call it a sheep, and a dang cute one. 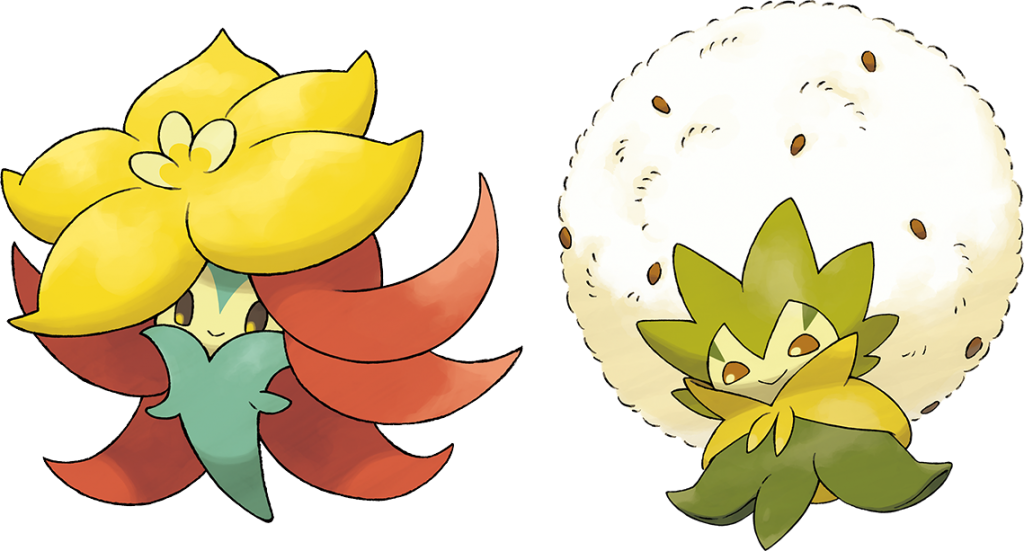 Its pollen has a healing effect Gossifleur prefers lands with clean water and air, and its pollen has a healing effect. Its pollen works on people, too, and it used to be a common folk medicine remedy for children of the Galar region to be given a tea made from this pollen when they fell ill.  Gossifleur travels over long distances by getting blown along by the wind. It controls the direction of its travels by twisting its body and petals.

When Gossifleur evolves into Eldegoss, its head becomes covered in thick cotton fluff. This cotton fluff serves as a cushion, helping to protect Eldegoss’s head from damage. The tiny seeds attached to the cotton fluff are said to be highly nutritious and beneficial to both people and Pokémon. Eldegoss spreads these seeds throughout the region by sending them on the wind, making the soil of the Galar region rich in nutrients. 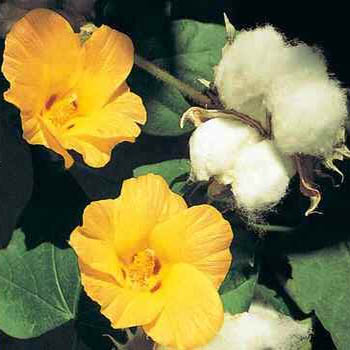 This pair is clearly based on cotton, which historically was a major export for Britain. Gossifleur is based on the flower of cotton itself – take a look at the image of the yellow flower and the resemblance between it and Gossifleur. Other cotton plants also have a pinkish-red hue to the flower. There can also be potentially a small nod to the dandelion and buttercup, two extremely common flowers in the British countryside. Gossifleur may be a pun on gossamer, a fabric used for dresses. This fits the theme, as clothes can also be made from cotton.

Eldegoss meanwhile is the fully grown version – the cotton serving as a cool afro hairstyle. Even the base leaves of the fully bloomed plant resembles those we see for Eldegoss. It appears this pure Grass-type Pokémon will only have two stages – but maybe there’s room for a younger stage.

Another source of inspiration for Eldegoss could be the elderflower. This plant is thought to have medicinal powers, which fits into the lore given above. 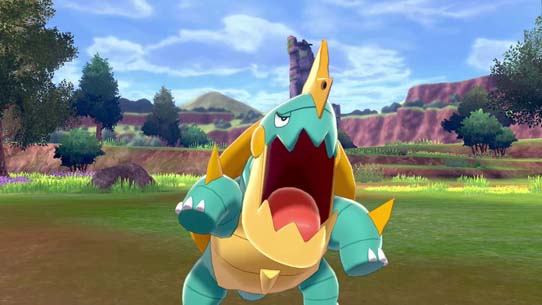 The sharp, jagged fangs of the Bite Pokémon Drednaw are strong and sharp enough to bite through rock and iron. Though it has an extremely heavy rock shell, its well-developed muscles allow it to move quickly. Drednaw is known to be extremely vicious, and it takes a skilled Trainer to tame and handle this Pokémon. It seems that some Trainers will release Drednaw back into the wild once they discover they can’t handle it.

At first the basis seems simple – Drednaw is based on the common snapping turtle. These animals are known for their fierce bite, which fits into the vicious disposition Drednaw has.

But we can go deeper – the Dreadnought is a 20th century battleship. There’s a link between the connotations of a navy battleship and a hard-to-train, dangerous snapping turtle Pokémon (and not just the fact both fit in water). While this name only seems to hold in English, there’s still a neat link there. 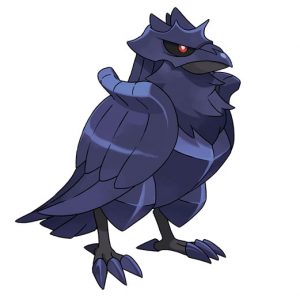 It is said that Corviknight is the strongest Pokémon living in the skies of the Galar region. It can often be seen fearlessly soaring through the air. Many say that any Pokémon foolish enough to challenge Corviknight are sent running with just a sharp glare and cry from this fearsome Pokémon. Corviknight possess superb flying skills and high intelligence. Because of this, many of them work for the company called Galar Taxi, helping transport people from town to town.

Corviknight is outright stated as the Raven Pokémon (as well as even more nods to it by incorporating the latin name Corvus), although it does lack the perhaps “obvious” Dark typing such Pokémon may be assumed to have. Ravens are often ominous beings in mythology, and being a native animal of Britain, British folklore is no exception. Ravens have even featured in works of Shakespeare, e.g. Hamlet.

Corviknight is depicted as quite intelligent in its description above, and it “fearlessly soaring through the air” fits the use of the word ‘knight’ in its name – perhaps this can explain the Steel typing it has received. Skarmory, you’ve got competition.

Which of the new seven Pokémon is your favourite? Let us know of your interpretations of what they are based on.

Edited by Aldo, Rabinov, and Sheep.
Thanks to Orithan on our Discord for the elderflower theory.