We’ve all enjoyed the new sets of trailers we got on Pokémon Sword and Shield. There have been a few blink-and-miss-it moments however – so we’ve gone through and documented what we noticed! And we start with one of the biggest:

Spotted in the crowd of one of the Gym stadiums, a person is wearing a shirt sporting what looks to be a chipmunk Pokémon! While it’s nigh impossible to garner any details such as its potential typing or name, there’s the design itself, which is distinct from any other Pokémon such as Pachirisu. It’s unlikely to be a regular old chipmunk animal as well – this is Pokémon, after all. What does the writing below the Pokémon say…?

We’ve had Pokémon Amie, then Pokémon Refresh – is the next version of the cute Pokémon petting aspect Pokémon Camp? There is a tent seen in the background of a cute moment where you’re interacting with Sobble. The tent has a Poké Ball themed door to it. How this ties into petting Pokémon remains to be seen, but it makes sense for exploring the open-world Wild Areas to have a tent set up. We’ve seen tents pitched in the anime, after all.

It’s hard to identify, and it could simply be an older generation Pokémon we just cannot identify from this distance. Maybe it’s not even a living being or any distinct Pokémon. Nonetheless, there’s something odd sitting on that tower in the distance… What is your guess? It looks dragon-like. 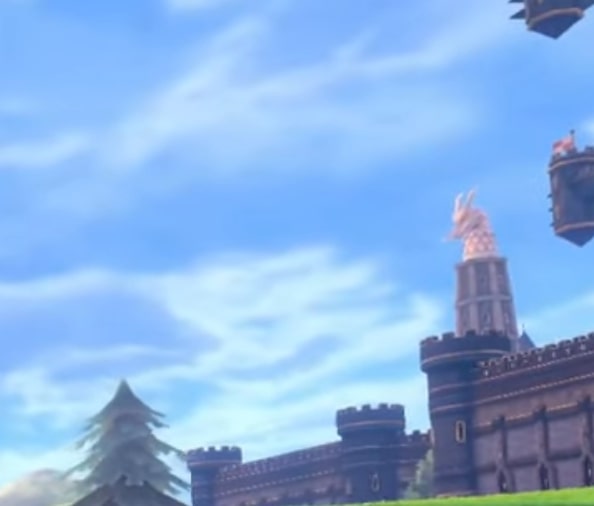 We see a weather vane a couple times in the trailer, and it does look like it could resemble Fletchling. We’re yet to see the Pokémon itself in the wild however.

Emblems on the Champion’s cape

Leon is the new Champion, announced prior to release unlike the previous few games (discounting Pokémon Let’s Go, Pikachu and Eevee!). There’s a lot to like about him, but one thing we noticed were the emblems on his cape. Are they the logos of various sponsors he has earnt? Maybe that means he’s rich, too.

There’s a time and place for bikes on water

That’s right, Professor Oak – you can’t tell us off for using the Bicycle on water anymore! With Rotom power it seems we’re not just Surfing, we’re, uh, Biking. It’s another point towards no Hidden Machines (HMs) in these games – combined with Corviknight seemingly serving as the Fly Pokémon (or “flying taxi”). 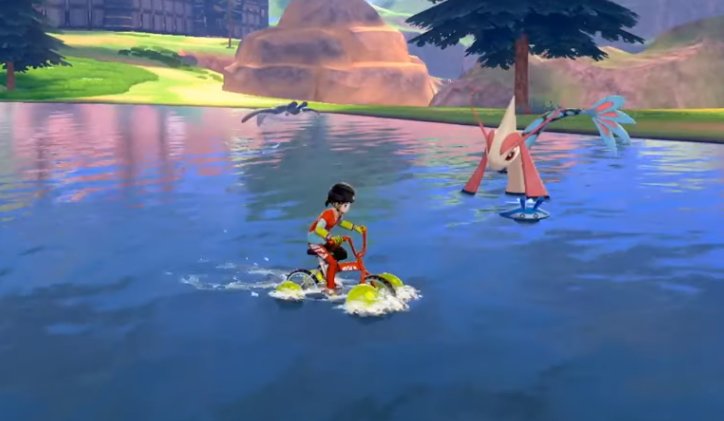 Her cane has a distinct raven shape to it – rather like Corviknight! 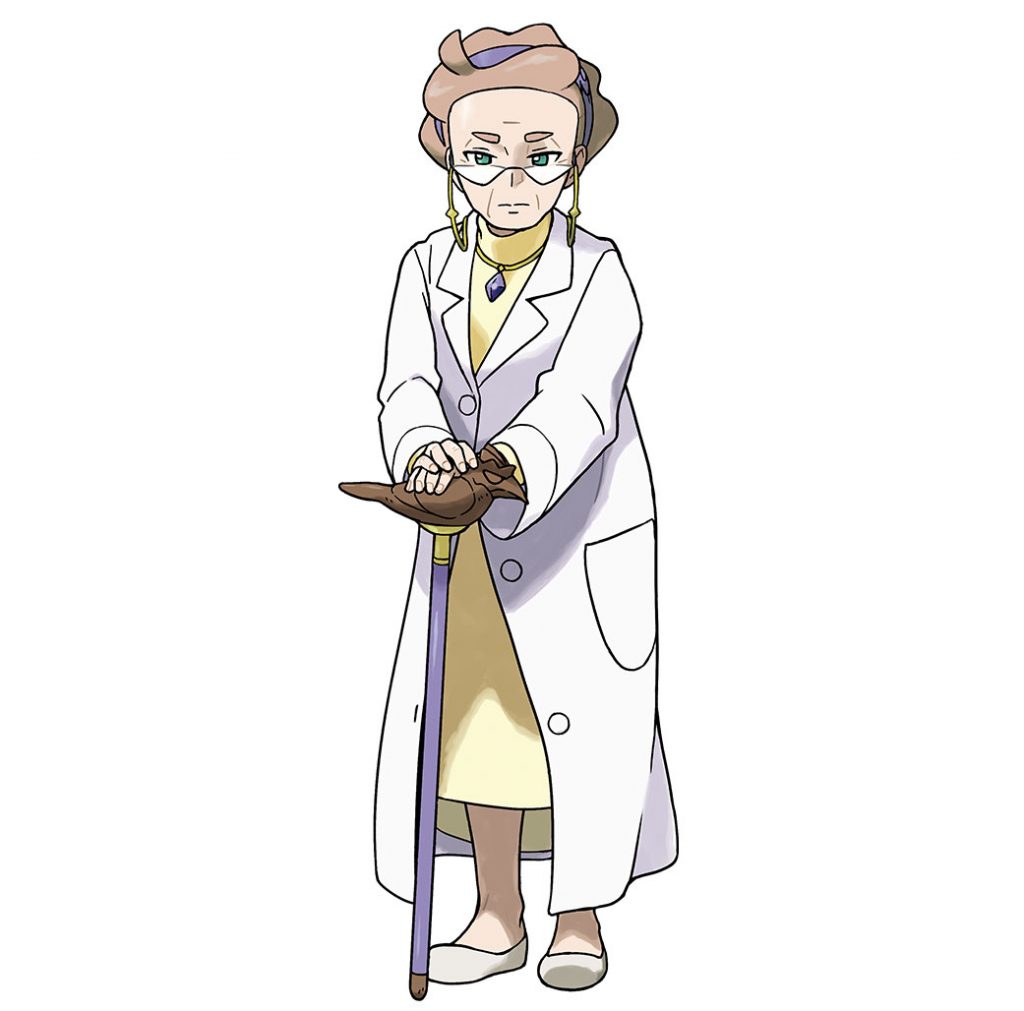 All the previous generation Pokémon

We’ve gone through the trailer to find what older generation Pokémon we can confirm are in Pokémon Sword and Shield. They are as follows:

More Pokémon can be seen among the audience of the Gym Leader stadium:

Also among these are Pikachu and Munchlax, which we have already seen in the original trailer.

And finally, from the original trailer not seen in the Direct:

That’s a lot! We may not be able to assume all stages will be available in the wild of the above Pokémon.

What have you managed to spot in the Direct? Let us know if you have any cool findings!

Thanks to Rivvon and Sheep, as well as Cubism and Nani D. on our Discord, and /r/Willpower2000, for previous generation Pokémon spotted and other screenshots.
Edited by ddrox13, Rabinov, and Sheep.