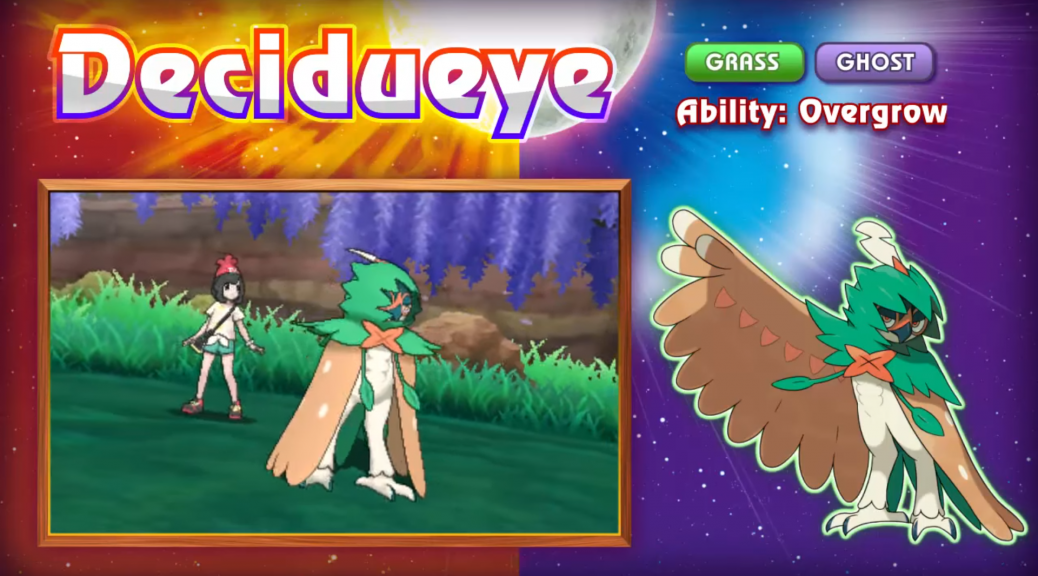 Introducing Decidueye, Incineroar, and Primarina, complete with typings! We also get the Island Guardians, and news on famous characters to battle, including Champions.