The final evolutions of the Pokémon Sun & Moon starters have been confirmed by dataminers.

We stress that PokéCommunity has played no part in the datamining, and that spoilers are within. If you do not wish to read information that has not been officially revealed by Nintendo/The Pokémon Company/The Pokémon Company International, we recommend you leave this article now!

They have been confirmed to be the same as the starter concept art in the Chinese leak earlier this year. 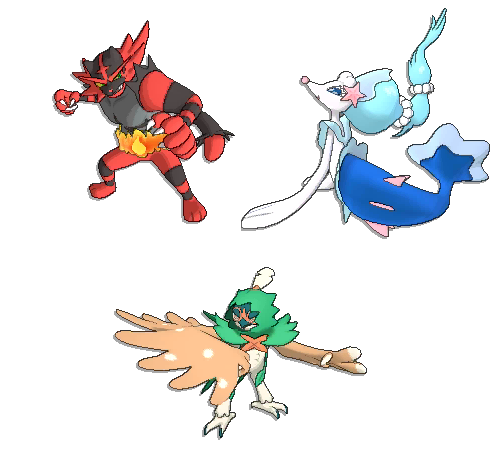 The images were extracted from the recently released demo by various online dataminers. You can find our coverage of the datamining in this article.

Edit: 1AM MDT
Shiny versions of the models have been leaked!