At the Pokémon Worlds 2022 Closing Ceremony, a new trailer for Pokémon Scarlet and Violet was aired.

A new Pokémon, Cyclizar, was introduced, a Dragon/Normal type. It has a clear relation to ‘cycle’ in its name, and a similar wheel-like dewlap sack (flap of skin on a lizard’s neck) – perhaps it is a relation to the Pokémon Scarlet and Violet box Legendaries, Koraidon and Miraidon.

This Pokémon has lived in many households in the Paldea region since ancient times. It has a mild disposition, and people riding Cyclizar are a very common sight. It appears Cyclizar don’t mind being ridden because the warmth of a rider helps stave off the cold.​
Cyclizar can sprint at over 70 mph while carrying a human. Its extremely hard head and thick, lithe tail are not only useful for maintaining balance and absorbing shocks while sprinting—they also provide effective ways to attack during battles.​

Cyclizar has a new move Shed Tail, which creates a substitute and then swaps to another Pokémon. Other highlights include a Mirror Herb item, which copies an opponent’s stat increases when consumed, and Loaded Dice, which makes multistrike moves like Bullet Seed more likely to hit more times. 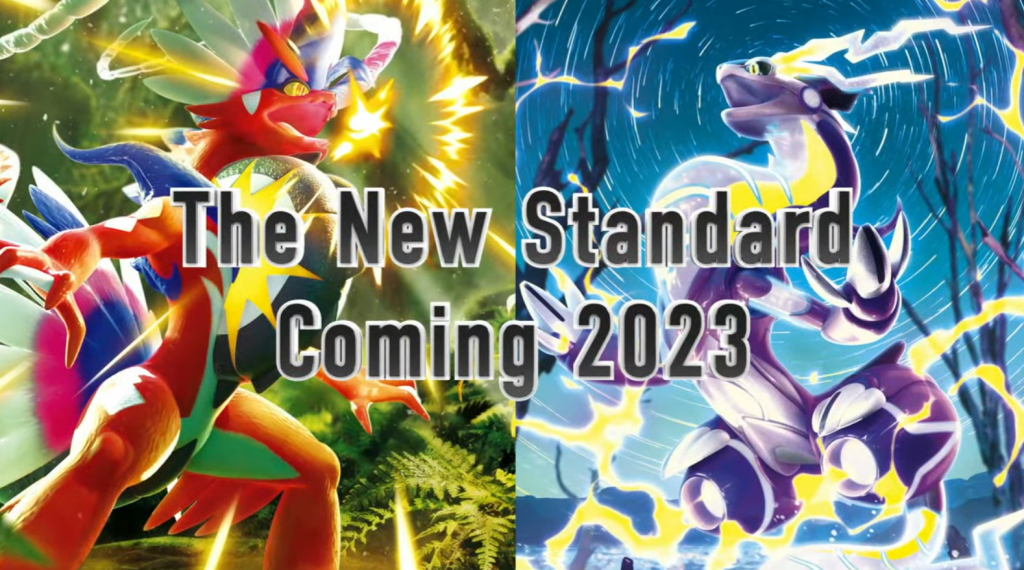 Next year’s location for Pokémon Worlds 2023 is in Yokohama.