The Pokémon Scarlet and Violet trailers have been overflowing with references to Spain, the country that Paldea (a word that comes from the Spanish aldea, ‘village’) is based on. And, being PokeCommunity’s own Spanish correspondent, I know plenty of those references. Here’s a small list of trailer shots and screenshots from the games, and the real-life inspirations behind them.

I know that location! 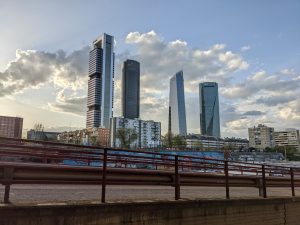 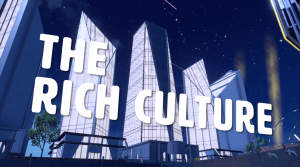 These are the Real Madrid Towers, a modern Madrid landmark. They were built on the former training grounds of the Real Madrid Football Club. When it was founded, over a century ago, it was established in the outskirts of the city. By now, the former outskirts are super-prime business land, so the club’s current president – who happens to be the CEO of a large construction company – sold the land for billions and relocated to a suburb in the modern-day outskirts. And now we have four iconic towers, occupied by large multinational corporations, that are nonetheless very eye-catching. 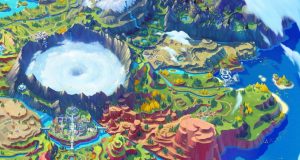 The only issue is that Madrid is supposed to be in the centre of the country, where, um, a giant vortex of doom is located in Paldea. So the towers seem to have moved to the eastern cost. 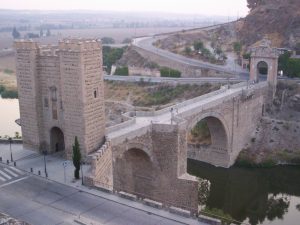 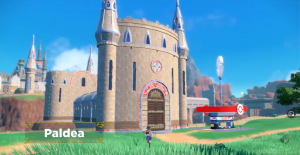 This looks strikingly similar to Puente de Alcántara, the bridge leading to the main entrance to Toledo, which was built in 103 AD. Toledo is a millennial city that used to be the capital during the Middle Ages, until the fact that it is surrounded by the river Tagus stopped being a fantastic defensive feature when medieval wars eventually calmed down. It then became a problem, as the river was strangling its growth, and the seat of the Crown was relocated to the nearby Madrid. Nonetheless, the city remains a state capital and a magnificently beautiful sight – and the Alcántara bridge only helps create a fantastic first impression. I wouldn’t be surprised if Game Freak were also impressed by it. 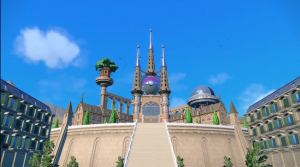 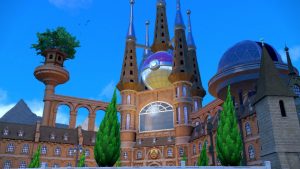 This is… a pretty eclectic mix. The central building, where the large Poké Ball is (probably the Uva/Naranja Academy?), is a clear reference to the Sagrada Família in Barcelona. The cathedral was Antoni Gaudí’s masterpiece, even if he didn’t live to see it finished, and is now a key touristic point. Gaudí left a ton of beautiful buildings in his Modernist style all over Barcelona, and his style permeates this important city where it seems the main Academy will be located. 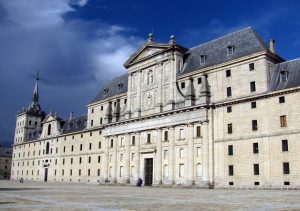 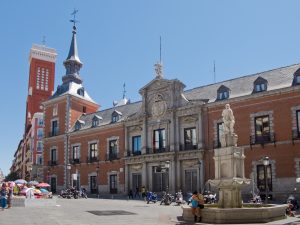 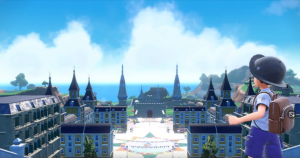 Nonetheless, there’s something weird. The black roofs with the pointy tips in the lower half of the picture are known as Herrerian-style roofs, and they can be seen in the old city core in Madrid and important buildings of the Modern Age, such as El Escorial, a castle where the remains of the Spanish monarchs are buried. That’s as far, mentally and aesthetically, from contemporary Barcelona as humanly possible… and yet, here they live together, on the same building, no less! 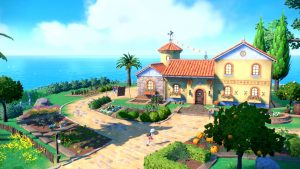 In more generic references, the palm trees and the oranges are traditional of the Eastern coast, especially of the Valencian Community. That style of house is not far from the traditional single-family homes you can find in some rural areas (the vast majority of people these days, alas, live in large buildings in cities). 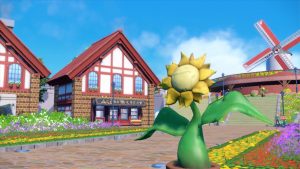 Sunflowers grow in Castile (especially Burgos). The old Castile was famously immortalised in Don Quixote, a man who is particularly known for fighting against a windmill in one chapter of his books. Nowadays most windmills over there are wind turbines, but the old-fashioned sort still survive in some places. As per the buildings, they look like something that would fit Central Europe better, but oh well. 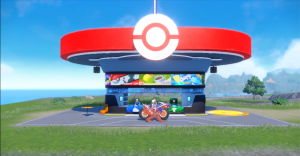 And, um, is it me or do the new Pokémon Centres look like a gas station for your legendary…?

The localisation team is having the time of their lives

These games are quickly becoming memes in Spain – it’s very common to see them referred to as “Pokémon Españita” – and it seems that the localisation team is in on the joke as well. Until now, all the real-life references were glossed over, with fantasy names referring to colours, trees, or some feature of the city itself. At most, Alola and Galar pushed the envelope by using real Hawaiian words and real-sounding names that could be easily mistaken for something you could find in a map of England. The Spanish localisation in this game, though, is going all in with the Bland-Name trope, and it’s kind of beautiful.

For instance, the Ice-type gym is located in a town called ‘Glaseado’ in English. Glas or glasé is the Spanish name of powdered sugar, and glaseado is the effect of dropping it on a dish, creating a snowy effect. That’s a fun reference! But if you check the Spanish info on the game, you’ll find out that the name is called “Sierra Napada” – definitely nothing to do with Sierra Nevada, a mountain range in Granada with a famous ski area. 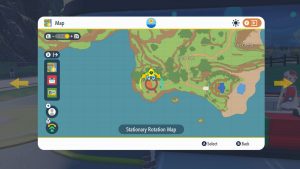 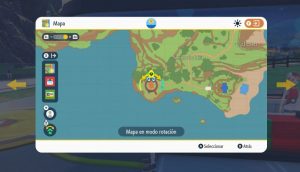 There also was a picture of the in-game Rotom Map, featuring a place called “Poco Path” leading to “Inland Grotto”. “Poco” means “a little”, so you could imagine this is around the starting area, and it’s meant to indicate it’s an easy place. In the Spanish version, though, the place has a proper name: “Sendero de Cahíz”, which sounds exactly like the way a person from Cádiz would pronounce the name of its city. If swapping a D for an H isn’t enough of a hint, the path now leads to “Gruta Caleta” – and it just so happens that Cádiz’s best-known feature is its beach, La Caleta. This one, certainly, they weren’t even trying to hide it.

As a side note, the Pokémon names seem to be operating in two different universes. One is a Spanglish joke that only makes full sense if you are bilingual and can put together the two sides of it; the full genius of Lechonk can only be unlocked if you know the word “lechón” (a hog on its baby stage, still drinking milk -leche- from its mother) and “chonk”. And then you have fully English puns with a coat of Spanish looks – Cetitan is essentially an “ice titan”, looking like a Spanish word, except in Spanish the name falls absolutely flat. In (most of) Spain, where the C is pronounced like an English TH, it makes no sense. And in Southern Spanish and Latin American Spanish, where C is pronounced like an S, it sounds like “small mushroom”, which, to put it mildly, doesn’t match the Pokémon in question.

So far, this is all we have seen. Have you noticed anything else? Are you looking forward to visiting the region? Let us know in the comments!

Edited by Aldo, bobandbill, and Zach.

Went is a journalist who loves politics, videogames and Poison-type Pokémon. He also loves the PokéCommunity, where he once served as an Administrator.
Read comments