In today’s article, we will be exploring the ideologies and such of Cyrus, the leader of Team Galactic. Coupling extreme nihilism with a keen intellect and sheer determination, Cyrus wishes to create a world where there is no spirit. Essentially, Cyrus wanted his own utopia free of strife, which he feels can only be achieved by removing emotions. A truly interesting concept, albeit littered with a little cliché; is this something that is as bad as portrayed? Let’s have a little look into this and see why potentially it isn’t… 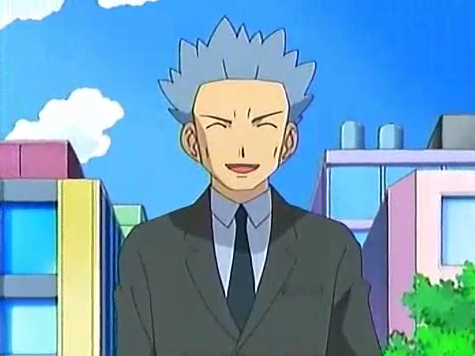 So to get a better understanding, I think it might be best to go back towards the beginning and see how this started out.

It’s noted that Cyrus was in fact a very bright and keen student at Sunyshore City whilst growing up. However, despite his efforts he was still shunned away by his parents under the premise of not being good enough. This sets the entire foundation for Cyrus’ determination, as this sets him off thinking that emotions get in the way and cloud our judgement, therefore a world without this will be a world with less problems. A fair conclusion, I would say.

With a goal in sight, Cyrus wastes no time working towards his ultimate goal by securing his status and renown via the construction of the majority of Sinnoh’s buildings. In turn, he had access to and frequented the Celestic Town Historical Research Centre under the guise of seeing acquaintances such as Cynthia and Professor Carolina.

In fact, as any aspiring megalomaniac should, he was actually accelerating his goal at a scary pace, gaining knowledge of Sinnoh’s mythical Pokémon to understand how best to accomplish his goal. And with that, his operations under Team Galactic finally begun and we then come to the present day, where Cyrus is about to summon Dialga and Palkia to create his alternate reality.

So now we have an idea of the HOW, let’s perhaps explore a bit of WHY Cyrus wants to rebuild this world so badly.

Firstly, this may be a weird place to start but I think it will potentially shed some… light on things. Cyrus is named after many references to the sun and bright stars as a whole – Cyrus being the Persian god of the Sun (and therefore relations to Sirius, a star known for being very bright as well) and references to Helios, also another sun deity – which for a villain of this magnitude seems very odd. Naming someone so heinous after what could be described as a beacon (and as a whole the sun does not really have many evil connotations) implies that actually Cyrus’ intentions are good. Which makes sense – he has experienced something bad and has the motivation to remove that from the world, even going as far as kidnapping two temporal dragons to do so. It’s an admirable goal to set oneself and well, when we wish for world peace and such, are we not in fact ultimately going towards a similar goal?

A world of equilibrium such as what Cyrus desires to us in this current climate seems very odd; a place where these emotions we are so used to existing suddenly being stripped of them would make no sense. However re-building a world where this won’t be a thing in the first place does not pose any real threat to humanity, for there won’t be any changes to be made. We would be living our lives as normal but without this strife that Cyrus so wants removed from the world.

It can be argued that the methods used were somewhat extreme. Referring to the point above, however, in a way if it’s what is needed to be done then so be it. The universe is not disappearing but being re-constructed in a better way, so nothing is lost and everything is gained this way, as opposed to say Team Magma/Aqua for example who were ready to purge the world in hellfire and tsunamis over essentially a petty squabble. Cyrus’ goal is something that has come from the heart and therefore from a good place and therefore with good intentions. I wish him all the best in his epic journey.

What say you? Could you see yourself living in Cyrus’ utopia? Let us know!

As a lexicon enthusiast and Proofreader for PokéCommunity Daily, Aaron will be seen ripping apart anything article-related. Quite the barbarian. Otherwise, you'll find them probably in the corners with bags under their eyes as they plan for the 490th article idea to put into fruition.
Read comments