Last month, an intriguing video on Nintendo’s YouTube channel was released, beginning with an introduction from the producer of the Legend of Zelda (LoZ) series, Eiji Aonuma. Two key announcements were made, one particularly exciting for fans of the series and recent titles. I wanted to touch on these announcements, and how I feel that the Pokémon franchise could benefit from the same approach the LoZ has taken, even if it is unlikely due to various factors.

“A delayed game is eventually good…

…but a rushed game is forever bad” – so quipped Miyamoto during an interview in 2012. While ‘good’ and ‘bad’ is relative, and you will be hard pressed to explain why the most recent main series entries for Pokémon in Pokémon Sword and Shield (SwSh) is “bad” in all aspects and areas, it is clear that this was a game that was rushed and lacking polish. 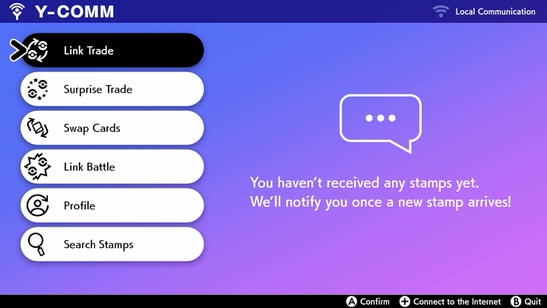 There is much to like – the same base formula still works, Max Raid Battles are a neat addition allowing for players to work together, and the music is, as detailed in our review, pretty good. But the animations and graphics are just some aspects that have stuck out as being poor for a current generation title, and that’s perhaps being kind. While many things have been added, there are also noticeable absences – little in the way of minigames, no Contests or the like, and even a gimped WiFi communication system.

This has not always been the case. A special shoutout must be made to Morimoto, the director of Pokémon HeartGold and SoulSilver (HGSS). These games could not be accused of cutting corners with the remakes of Pokémon Gold and Silver, stuffing the games full of new areas, content and features, from the Pokéathlon and accompanying PokéWalker to the Following Pokémon feature. In an Iwata Asks interview, he explained his mindset of trying to put as much content as possible into the Johto remakes:

…as I mentioned a little earlier, we’ve been greedy in the amount of gameplay elements we’ve squeezed in there. There’s so much included that I even had colleagues saying to me: “Are you sure you should be going this far with a remake?” In that sense, it’s not simply a remake – I think it’s more than that. For that reason, I would like to see these games enjoyed by as large a number of people as possible.

Such effort, or ‘greediness’ was possible through a splitting of Game Freak into two teams, one working on enhancing Pokémon Diamond and Pearl into Pokémon Platinum, and the other on HGSS. This effort also benefited from a two year break between the release of Pokémon Diamond and Pearl and Pokémon Platinum – HGSS effectively had an extra year to play with thanks to the ‘third version’ being produced. At the same time, it also included features Platinum acquired, namely the Battle Frontier. Nowadays with a new major title or DLC entries released every year for the past five years by Game Freak, not including non-Pokémon titles they released as well, such things sadly do not seem possible.

Pokémon Sword and Shield may for many be regarded as good and fun games… but I personally feel these will not be remembered as great games.

Pokémon Sword and Shield may for many be regarded as good and fun games, and their sales have been a resounding success… but I personally feel these will not be remembered as great games. While not everyone likes various aspects introduced for other Nintendo-based franchises for the Nintendo Switch, you’re much more likely to hear someone regard, say, Breath of the Wild (BotW) as a truly great game. Metacritic scores are at the very least a decent yardstick (spam voting aside) – critics gave SwSh a fine enough score of 80, and users a notably lower 4.6 rating. BotW: 97 and 8.6. If I were a game developer, I know which game I would be prouder to have been involved with, and that’s not something game sales can easily make up for.

It must be acknowledged here that Pokémon is the bigger franchise of the two. The show, the trading cards, the anime series, yearly movie releases, and especially the merchandise have made Pokémon the best selling franchise to date, not just the games alone. These yearly entries have likely contributed to the nigh yearly entries of main series games these past years, with exceptions for ‘smaller’ games by Game Freak still marketed as core games (Pokémon Let’s GO, Pikachu and Eevee) or the SwSh Expansion Pass. As it stands, this will not change, and Game Freak will continue, through input by The Pokémon Company, to make regular entries.

Contrast that with the LoZ series. In the announcement made last month, Aonuma stated that development on the sequel of Breath of the Wild title was still continuing.

“In order to make the vast world you enjoyed exploring in the original game even more impressive, the team is working hard on its development, so you’ll have to wait a bit longer before we can provide more updates.”

In other words, the game is not being rushed, and the development team is allowed time to spend as much effort as possible on making BotW 2 great.

Wouldn’t it be great if the main series Pokémon games could be afforded that same luxury? The overworking of game developers remains a critical issue in this day and age, and many a Pokémon player would be more than happy to wait longer. But surely we couldn’t have that and keep the money train rolling as well as it is for Pokémon themselves (after all, they are a business first and foremost).

Well… I believe it would be possible – just look at the LoZ series approach.

The second aspect of the video, and indeed the focus, was to announce Hyrule Warriors: Age of Calamity. This is the second crossover entry between LoZ and Warriors, and here we see an even closer collaboration than ever before. As highlighted in the video, this spinoff title is set 100 years before the events of BotW, while featuring the same gameplay mechanics of Warriors titles. The world of BotW is used, with characters and story not only used but outright enhanced. Indeed, one of the complaints that can be very fairly made of BotW was the story, or lack thereof. This game appears to address that to at least some extent.

Hyrule Warriors’s first entry evidently sold well enough to warrant this second title. However, it is not the only crossover of late. Cadence of Hyrule: Crypt of the NecroDancer is another game made by a separate company, allowed by the LoZ series gatekeepers not only to use their franchise, but to embrace and embellish it. It is filled with enemies from the series, and music covered and reinvented from the original series.

This is the sort of direction I feel that The Pokémon Company should embrace. It did once before too, with a crossover title with the Nobunaga’s Ambition franchise franchise in Pokémon Conquest. This game was more a Pokémon game set in the Nobunaga’s Ambition universe, however. What Hyrule Warriors: Age of Calamity does is outright tie and enhance the BotW game lore and world.

My personal well-wishing is thus simple – more Pokémon spinoffs or crossover titles that expand the main series worlds. This would allow for further expansion into the main series regions and characters – good for the fans and helping flesh out the creations made by the game development team. And importantly, this would also give Game Freak more time to develop their main series titles.

There’s plenty of scope for this. Take the League Cards for the character Mustard, who was Champion of Galar but stepped down due to being asked to win a rigged match. A game that is set in the past and explores this event would I argue be naturally interesting, and allow for expansion on the Galar region. Such lore was somewhat lacking before the release of the DLC, and even with the Crown Tundra’s release on the horizon, I wager more can be made of it.

Looker is another character who could lend himself well. The international police officer has appeared in five different regions (albeit for little more than a pun joke in Hoenn), and also had prominence in the Pokémon Generations spinoff anime show. He could be used to investigate a mystery in a region outside of the main plots that these days invariably involve a Legendary Pokémon. We could even learn more on why Looker’s partner, a Croagunk, is absent in Pokémon X and Y. And after all, Detective Pikachu had a somewhat successful game and a very good outing on the silver screen – perhaps the talkative rodent could show up in existing regions next.

There’s also the alternative takes we could enjoy as fans. For instance, Cadence of Hyrule offers multiple remixes of classic LoZ tunes, including by popular YouTuber FamilyJules. One example is the classic Gerudo Valley tune turned into a metal song by him. Imagine FamilyJules doing an official cover of the SwSh Gym Battle theme in a game? Or, say, insaneintherain scoring a game set in the Sinnoh region?

There is a lot of potential to be explored here. Previous side games have largely not given alternate takes on the existing main series music. Really, the only exceptions to be found are in the mobile titles, between the few tracks in Pokémon GO, and the various remixes in Pokémon Masters which all too frequently only remixes half of the original song before replacing the rest with their own tune.

Perhaps. Among the announcements a few months back was the sheer excitement by the fanbase, not for yet another mobile app, but a sequel to the much loved Pokémon Snap title. This is being developed by Bandai Namco, with the producer having led the development of Pokkén Tournament, a Tekken style fighter game. This year we also saw a remake of the original Pokémon Mystery Dungeon title, and in my opinion it was a decent title. Still, none of these directly build on the main series games.

Genius Sonority could have been the answer here – a game company with proven success and experience developing games with similar mechanics to the main series titles in Pokémon Colosseum, Pokémon XD: Gale of Darkness, and Pokémon Battle Revolution. Since then however, much of the team has been downsized, in many cases absorbed into Game Freak (for example, James Turner, the Art Director for SwSh, notably was the Art Chief for Pokémon XD and Art Director for the following three Genius Sonority titles). Nowadays, Genius Sonority have been fairly reduced, making the likes of Pokémon Shuffle and Pokémon Café Mix – maybe profitable games, but a far cry from the earlier days of Genius Sonority on the GameCube and Nintendo Wii.

Perhaps they need another opportunity to work with, and improve on, the assets created by The Pokémon Company, Game Freak, and Creatures Inc., and give more breathing space to the main series Game Freak titles with another entry to the Shadow Pokémon games that either expands Orre more, or involves main series regions and/or characters. There’s an opportunity to tie in with Pokémon GO, which surprisingly introduced Shadow Pokémon to its game last year, and has persisted in using such Pokémon as content since (e.g. Shadow Mewtwo being a perk for GO Fest ticket holders).

But at the moment, there is no indication of such plans in place – just Snap 2 and more mobile titles for now. The Pokémon franchise continues to print money, regardless of the time granted to developers in Game Freak for main series titles, so from a financial point of view, why change what works? Nonetheless, here’s hoping.