The recent information video revealed a lot of details about the upcoming mobile game Pokémon Masters, including a Summer 2019 release window. Although the game seems to be right around the corner, there’s still a bit we don’t know about, so I’d like to go over some of my thoughts and predictions.

The first thing that stood out to me was regarding the Pokémon Black 2 and White 2 female protagonist, Rosa. In the promotional art, drawn by series veteran Ken Sugimori himself, we see Rosa with a fully-evolved Serperior. But in the animated short and gameplay footage we’ve seen, Rosa fights alongside a Snivy. Similarly, we see Red with his trusty Charizard, but it’s a Mega Charizard X that appears in the promotional art. Mega Evolution is confirmed to return in some capacity, but it appears evolution will be possible, too. The extent is, as of now, unknown–will Brock’s Onix somehow be able to evolve into Steelix? Or would that be treading a bit too much into Jasmine’s territory? Either way, it will be interesting to see whose sync pairs will be able to grow with their Trainers throughout their adventures. 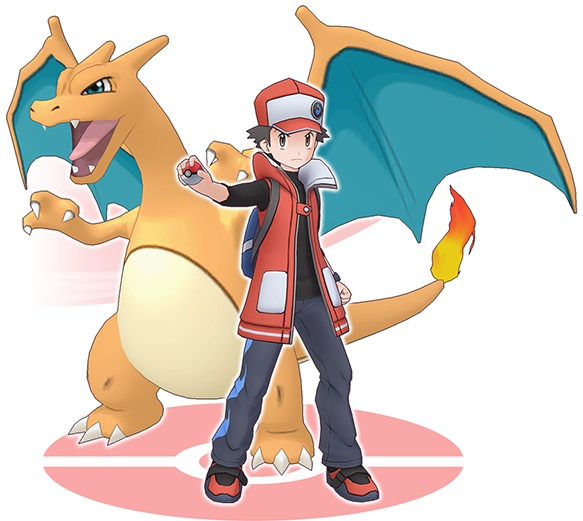 Still on the topic of Mega Evolution, we continue to see Steven Stone in his remake-inspired outfit, but with a classic Metagross as his sync pair. Although we haven’t seen any in-game footage of it, it’s likely to be able to Mega Evolve. We catch a brief glimpse of Korrina’s Lucario using its sync move, during which it takes the form of Mega Lucario. Korrina is shown with a regular Lucario in promotional media, similar to Steven, so it’s safe to say Pokémon that can Mega Evolve will do so during their sync moves. 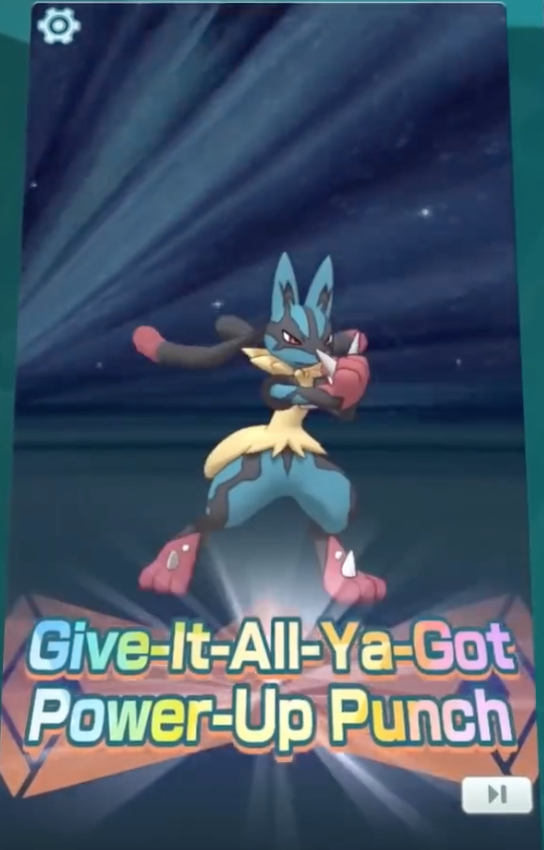 Next we have the matter of Trainers and their sync pairs. In the original announcement made during the Pokémon 2019 Press Conference, the statement attributed to Sugimori made it clear the goal of Masters was to include every Trainer in some capacity, and the footage we’ve seen shows this applies to generic Trainers as well.

[Pokémon Masters] began with an idea from Game Freak’s Ken Sugimori, to make a game that featured all past and present Pokémon Trainers from the video games.

What’s still unclear, however, is which iterations of the characters we will receive. Although generic Trainers sport different appearances across the regions, thus far we have not seen different versions of the same generic Trainer class. If they are to be considered the “common” unit type in Masters, we can only hope they will bring more as the game goes on to give players more to collect. I’m sure there are people who would like to have, for example, all the different Ace Trainers, even if only for collection purposes.

For the major Trainers, we see characters take their designs from multiple sources, which is most noticeable in Brock and Misty standing side-by-side, with Brock in his long-sleeved Pokémon HeartGold and SoulSilver look, while Misty sports her Pokémon Let’s Go! Pikachu and Eevee outfit. But what will this mean for Trainers with multiple looks, or drastic redesigns over time? Characters such as Maxie and Archie had dramatic glow-ups in their games’ remakes, to the point where Pokémon Ultra Sun and Ultra Moon tried to establish their original designs as part of an alternate but still canon universe. Elesa, who changes outfits between games, was shown in her Black 2 and White 2 ensemble, and although Sabrina was shown in her most recent getup, her look is drastically changed for both HeartGold and SoulSilver and Black 2 and White 2. Will there be a way to appease fans of every design?

A potential solution could be a costume system. Some mobile games, even gacha, have costumes that you can dress your characters up in, rather than completely separate units of the same character in different clothes. We can see Red himself has a completely new outfit, despite his rival sticking to the classics. If we know anything about The Pokémon Company, it’s that they love nostalgia pandering and would never pass up an opportunity to give players the classic Red and Blue looks. Red’s outfit change may signify a costume system that would benefit many Trainers such as Grimsley, Iris, Lillie, and more. 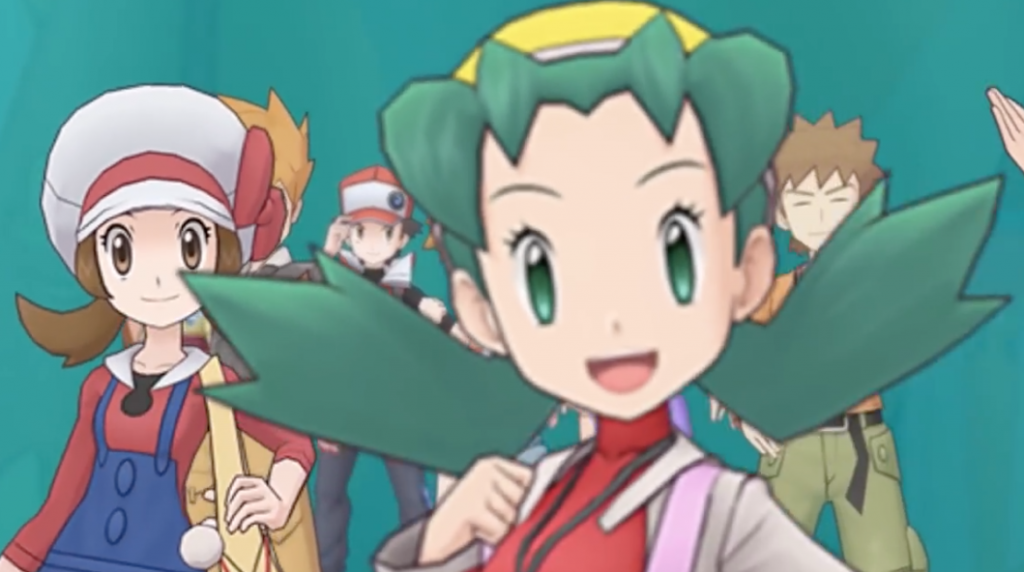 But not Lyra, it seems. We can see in the latest video that Kris and Lyra appear to be separate characters. This really only applies to protagonists, as other Trainers are the same character no matter how many times their games are remade. I think we may see this kind of “split” once more, with Green and Leaf. Fans who interpreted the female protagonist of Pokémon FireRed and LeafGreen to be the spruced-up version of the unused female Trainer of gen 1 took to calling her “Leaf” from the game’s name, but were surprised when Let’s Go! Pikachu and Eevee went with “Green.” Perhaps they are meant to be separate characters as Kris and Lyra are. Kotobukiya produces a Pokémon Figure Series line of scale figures of Trainers and their Pokémon, which are based on art made by official Pokémon artist Hitoshi Ariga. In this series, the FireRed and LeafGreen female protagonist is explicitly referred to as “Leaf,” not “Green” or even the Japanese equivalent, “Blue.” Perhaps this means we will see both ladies appear separately.

The Pokémon Figure Series may also shed some light as to which protagonist gets what starter. It’s admittedly a stretch, but the figure line also features Rosa with Snivy just as Masters does. Could the other protagonists follow suit, with Lyra and Chikorita, Ethan and Cyndaquil, Hilda and Tepig, and Leaf with Squirtle? It would leave Green with Bulbasaur and Kris with Totodile by default, but Hilbert and Nate would have to fight over who gets Oshawott–unless Hilbert gets one of Reshiram or Zekrom, while N receives the opposite. Of course, this is all speculation for now.

Potential partners aside, let’s look at the ones we do know. We already pointed out that Rosa starts off with an unevolved Snivy, but she’s not the only one: Barry and Brendan are both shown with unevolved starters of their own. This hardly seems fair when compared to the likes of Iris and her fully-evolved Haxorus! What determines the default stage of someone’s sync pair? It isn’t just players and rivals who start from the bottom, as Blue has his Pidgeot and we’ve seen Red’s Charizard is fully-evolved. It may just be a simple matter similar to the one encountered in the main series titles: the further along you are in your journey, the stronger the enemy Pokémon you face and the more they have evolved. Characters like Iris and Cynthia will likely be late-game opponents while Flannery and Acerola may be stationed in the mid-game. Trainers with unevolved Pokémon, or weaker final evolutions, are likely to be among the first you meet.

Which leads us to possible methods of obtaining these Trainers. A lot of fans speculated Masters would be a gacha game, a type of mobile game where the player has to, in blunt terms, gamble for the chance to obtain any given character–and yes, you can spend real money to buy the currency needed to gamble. It is admittedly a bit predatory, but the revenue potential is enormous. However, in both the animated short and the in-game footage, we see Trainers like Erika, Rosa, and Barry join the player after defeating them in battle. For those unfamiliar with gacha games, there are units that can be obtained through a “story mode” of sorts without any need to gamble for them. In Masters, some Trainers may be guaranteed in this way, while others may battle you as part of the story but won’t join you unless you roll them in the gacha.

But there’s another road Masters may take. Developer DeNA has worked on all manner of mobile games before, including Final Fantasy Record Keeper. In Record Keeper, you battle through Final Fantasy‘s history and enlist the aid of the series’s entire roster of characters, both generic and significant–sound familiar? Although some characters can only be obtained during a specific timeframe while a special event is active, they are all guaranteed with enough playing; the gacha element is used exclusively for enchantments such as weapons and armor.

The end of the information video confirms that Masters will feature in-app purchases despite being free-to-start, but perhaps its approach will be closer to Record Keeper‘s than of the average gacha, with things such as costumes or power-ups being the only things available to gamble for, while the Trainers are all guaranteed throughout the story or during events. Or maybe, if certain strong Trainers require a heavy grind to obtain, there won’t be a gacha at all, and the in-app purchases could be for items to speed up the grinding process, or to evolve your sync pairs faster. We can’t say for certain, but based on DeNA’s past work, we may see a less predatory and more player-friendly game that allows anyone to get their favorite Trainers so long as they work for it. I also imagine this would make events more fun, especially ones that could involve stopping an evil team and recruiting their Trainers to your side with enough battles.

We know that there will be 65 sync pairs available from the start with more to be added as the game continues. From the in-game footage and animated short, we know Masters will not be taking the “GO approach” and will instead include characters from across all generations (except 8) at launch. Although there’s still a lot we don’t know, it’s shaping up to be a fun casual game with something for every Pokémon fan, and I look forward to hearing more news leading up to the release date. Was there anything you noticed in particular about the information video, or predictions you have about Masters? Be sure to share them with us!

Edited by bobandbill and Sheep.