“You know that dragons are mythical Pokémon! They’re hard to catch and raise, but their powers are superior! They’re virtually indestructible! Well, are you ready to lose? Your League challenge ends with me, <player>!”

Yes, I know. I missed the release again. It’s not my fault. I was busy.

Hurray for mini-sets! Apparently this is a yearly thing now. That’s good, because the next set is freaking huge even without the 70ish here. It also doesn’t interrupt our normal set release schedule, so we’re still looking at an early November release on the next major set. In my case, this means more cards to review! If this sounds anything like my Shining Legends intro, that’s because I copied it.

I have taken the liberty of meticulously analyzing each and every card in the upcoming TCG set for playability, artistic value, and interesting mechanics. As such, I will be using this article to forgo whatever results I may have picked up from this analysis and just rant about which cards I like and don’t like. So without further ado, here is the 7.5th set in the 7th generation and the 3.5th in 2018, and the equivalent of the Japanese Dragon Storm, Dragon Majesty.

Standard Disclaimer: These are my opinions. All the cards are in English this time. Benefits of waiting until post-release. 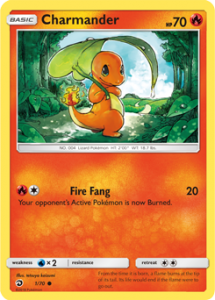 Can I just mention that this is the cutest Charmander card ever? Okay thanks. 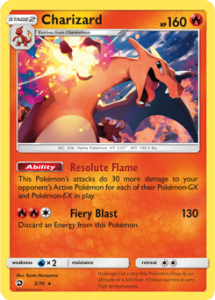 Okay I guess Charizard is viable this set. Ugh.

Anywho, one look at that ability gives you a good sense as to the power this guy brings to the table. With 2 opposing GXes, Charizard hits the magic number 190 to OHKO most basic GXes. With 3, it hits 220, which is above the magic Zoroark-killing number. 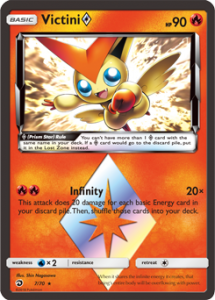 Besides being irresistibly adorable, ‘Tini also does a ton of damage in the form of 20x the amount of Basic Energy in the discard, and we have plenty of ways to do that now. BUT ALSO IT’S CUTEEEEEEEEEE… 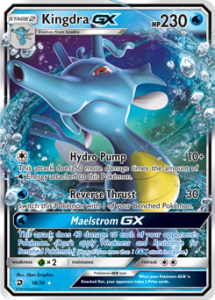 So I like Kingdra and am biased but this is a super pretty card too.

Also Hydro Pump is like stupid powerful. 50 damage per Water plus 10 free to hit the Number of the Zoroark is pretty amazing all things considered. 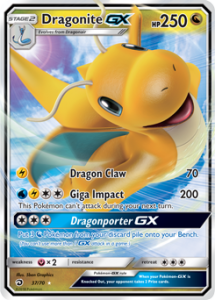 The OG Dragon is back to its normal tricks, that being hitting big base damage but usually no built in way to boost its damage. 70 for a single lightning is great, 200 with a recovery turn for 4 is solid. That said…

Put 3 Dragon Pokémon from your discard pile onto your Bench. (You can’t use more than 1 GX attack in a game.)

The key word this attack DOESN’T say is Basic. See all those lovely evolved Dragons below this? You can put them straight onto your bench with this.

Also Dragonite looks, like, suuuuuuuper chill and I respect that. 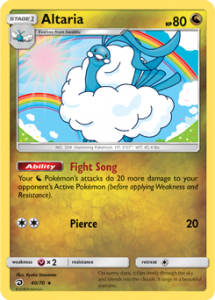 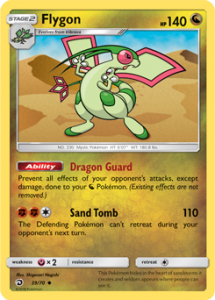 Who doesn’t like MORE DRAGONS? Flygon and Altaria are mediocre alone, but their abilities both buff other Dragon-types, and that’s cool because Dragons make everything better. 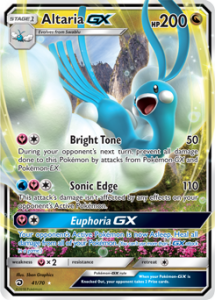 Altaria-GX I really like in stuff like Dragon Box, a deck I just made up while writing this review, for its ability to sit there and just be a giant nuisance. After using its first attack, Altaria-GX can no longer be damaged by GXes for a turn. This is a huge benefit in the GX-heavy format we are in. 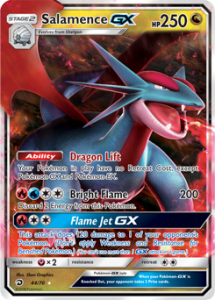 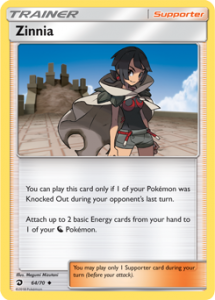 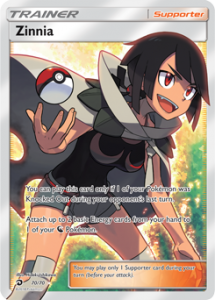 Look who FINALLY got a card, and boy is it sweet. Zinnia is just such an awesome character. She deserves this. You deserve this. Go out and get yourself a Zinnia card.

Also it has an effect that lets you power up Dragons. Dragons are cool. Oh but something had to have fainted the turn before. 🙁 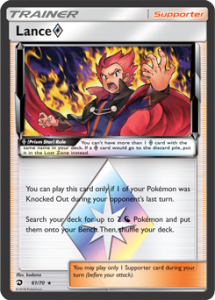 Dragonporter Lite. Still doesn’t have that pesky Basic clause either, so more free Saladmence! On the other hand, it has the same “something needs to have fainted” clause as Zinnia.

This is your friendly reminder that Dragon Majesty packs cannot be purchased individually. They need to be obtained in “collections”, much like Shining Legends last year. The ones I know are out now are the Latios Pin Collection and the Latias Pin Collection, so look for those! Others, including an Elite Trainer Box and a Super Premium Collection, will release soon.

All in all, Dragon Majesty seems like a hastily thrown together mini-set to avoid a terribly massive November set. But hey, there’s some really good stuff in here. I rate this set…

That’s all the time I have for today. Join me very soon for another fabulous TCG Set Analysis, and make sure to pick up some cards from Dragon Majesty when they release on, uh, last week! If you have any thoughts on this new set, post in the discussion thread that totally went up two weeks ago and is linked at the bottom of the article. Enjoy some lovely Dragon spam for two months, and prepare your shelter before the Lost Thunder strikes this November!

All card images from pokemon.com. Edited by bobandbill and Jake.