Limited edition Pokémon woodblock prints are available in the Pokémon Center shop. The two wood prints have been inspired by traditional works of art, with a Pokémon twist!

The first, named the Port Of Vermillion City print, shows a variety of Kanto Pokémon being put in a scene of typical port life. It is based off a landscape from Hiroshige Utagawa’s 53 Stations of the Tokaido. 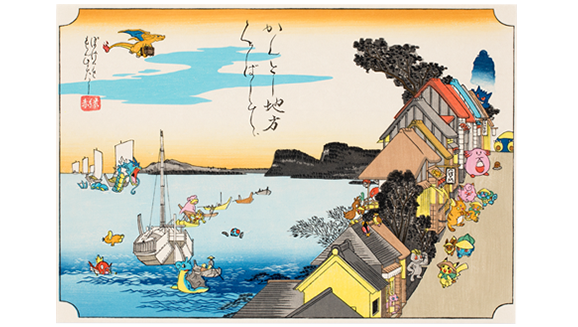 The second print, named the Silent Bridge, depicts a battle between Red’s Pikachu and an angered woken Snorlax. It’s inspired by Yoshitoshi Tsukioka’s Gojo Bridge, an Episode from the Life of Yoshitsune, a piece which shows two samurai battling. 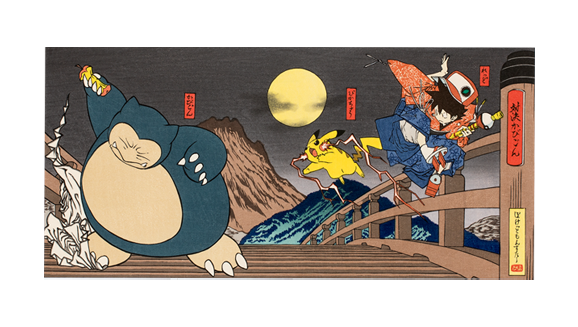 Both of the prints are made in Japan using a traditional ukiyo-e style, which was originally used during the Edo period. The technique is known for the meticulous process a piece has to go through while being made.

Each print is set to cost 450 USD due to all the handiwork involved in creating them. There are a limited amount of 50 prints for each piece.