Fans of the Battle Frontier have cause for worry, as it appears that just the Battle Tower facility will make it across to the Pokémon Brilliant Diamond and Shining Pearl games.

During the recent Pokémon Presents video and following information updates on the official website, we were given a new map of the Sinnoh region for the remakes. Most things appear to be the same or at least similar to the official artwork for Pokémon Diamond and Pearl, and Pokémon Platinum. However, the Fight Area shows a key detail, and it’s a worry.

Here we see a zoom in of the beginning area, and we can see the Battle Tower, a detail not shown in either maps of the generation four games. The worry is about what we cannot see however – the other four Battle Frontier areas, which should have looked something like this.

It’s important to stress that this does not rule out the Battle Frontier as yet, as it may be a deliberate omission to save the announcement closer to release, or even have it as a surprise to players. One example of this is the lack of advertising of the Following Pokémon feature in the Isle of Armor DLC for Pokémon Sword and Shield. Speaking of, perhaps the Battle Frontier would be planned as DLC (paid or free). Furthermore, Pokémon Platinum did not show the Battle Frontier map either, instead obscuring it behind a cloud. Still, after seeing the Battle Frontier reduced to a mocking model in Pokémon Omega Ruby and Alpha Sapphire, with the justification that children these days do not have the attention span or time for such a post-game challenge in interviews due to the existence of easier mobile games, it is worrying to not see in the official map.

What else is notable? In the top left we see what we presume is the Fullmoon Island, home of Cresselia, which was not in the Pokémon Platinum map, but was in the Pokémon Diamond and Pearl one. Its companion location, Newmoon Island, was not seen on any map, so we have no hint as to whether the Darkrai event would return.

Pal Park seems to have returned too – or at least a facility with the same layout. This is curious, as no such facility was seen for the connectivity to Pokémon HOME in Pokémon Sword and Shield, although there was something for Pokémon GO to connect with Pokémon Let’s Go, Pikachu and Eevee. A couple extra cave spots can be seen as well – what is in these new additions, if they reflect in the full game?

The Underground appears to have a different layout now – while there are still six separate areas, they appear to have a new layout and size to them, and have a distinct theming to them. Maybe there will be more reason to try to explore different parts of the Underground in these remakes! This is coupled with the news that we will be able to encounter different Pokémon in special areas.

Lastly, to end on a disappointing note, we got a look at the “Metronome Style Shop” building in Veilstone City. Don’t get us wrong – being able to customise your playable character is a good thing. But this building has replaced another – the Game Corner, which is seemingly unlikely to have any form in the game now. 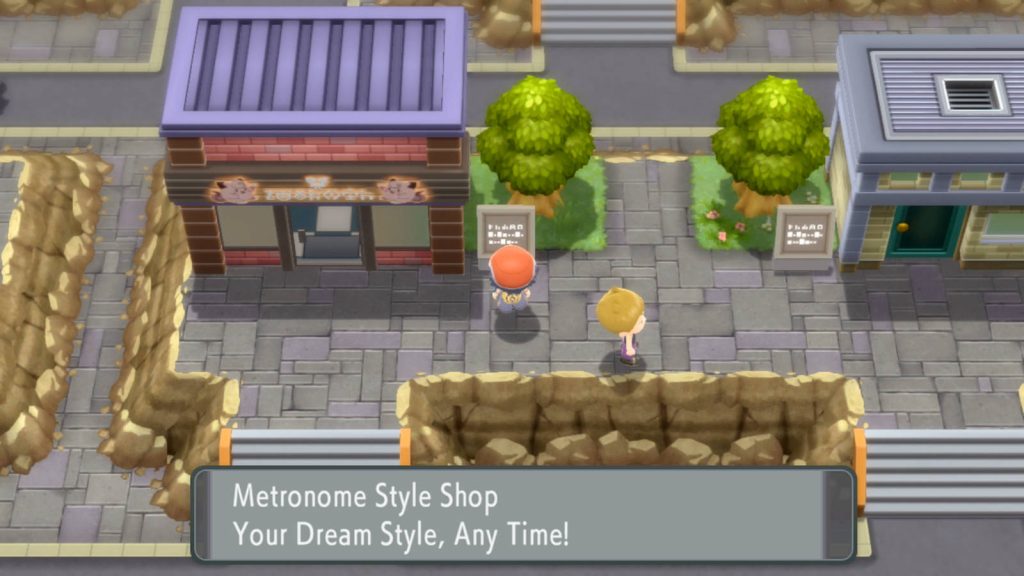 The Game Corner is likely a victim of the gambling laws that would have drastically raised the age recommendation on the child-friendly game franchise. This affected Pokémon Platinum in Europe and the UK, where slot machine games were removed, while in Pokémon HeartGold and SoulSilver, non-Japanese versions of the game replaced the slot machines with the love-it-or-hate-it Voltorb Flip. This was greatly preferred to the solution in Pokémon Omega Ruby and Alpha Sapphire, where the building had been closed down by a mournful owner. Here the theming of Clefairy has carried over, but the iconic mini-game you would play with Clefairy may be gone for good.

Are you holding out that we will still get the Battle Frontier in the Sinnoh remakes, despite the map reveal? Are you hoping for new areas not yet shown?

Edited by Kitty, Sheep, and Siddhar.