Professor Samuel Oak, renowned Pokémon Researcher and haiku novelist, blew up today during hosting of his live Goldenrod Radio Station show, Professor Oak’s Pokémon Talk. The subject of his rage was a rival Professor, Professor Mirror, who was chosen to feature in the upcoming video game title New Pokémon Snap.

“It is an utter shambles!” he yelled without warning, interrupting a report about Dunsparce bumping into walls within Dark Cave for the third week in a row. “They said ‘You were close’, but gave the role to Mirror? What has he done for the world of Pokémon photography?”

“Also what the heck are they doing, renaming other things? They’re apples, not… fluffruit. They don’t look fluffy at all!” Loud clanging noises could be heard on-air afterwards, between mutterings of ‘stupid Willow’ from the usually calm Professor.

Co-host, DJ Mary, told PokéCommunity Daily that it was a breath of fresh air for the show. “We hit our highest listener numbers in months – seventeen! And Arceus knows we’ve talked to death about random Rattata on Route 35. I don’t know how Oakey kept up his enthusiasm for those segments, but it was good to see he has some other personality.”

A few other callers joined in, including self-appointed assistant Tracey Sketchit. “Is this why you’ve been more irritable at the newer Trainers lately?” he had asked. “Elm told me that you yelled at him to shut up when he was asking again about where Pokémon babies come from. He was very upset.” 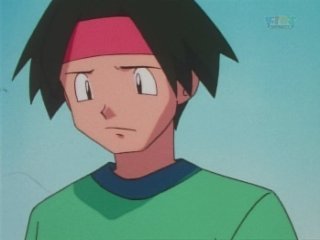 “And then there were your recent haikus too,” Tracey had continued, before reading one out.

Another caller shared Oak’s sentiment, albeit for a different reason. One Miror B. [Eds: surely that’s not how it’s spelt… right?] complained of mistaken identity with Professor Mirror.

“I’m all for attention, but not for photography! Sure, I like taking some pictures of my darling Ludicolo, but that’s not my job! I’m a song and dance man, not a Professor. Hey, maybe I should become a Professor of dance… Now, are there any Lotad out there in the wild?”

Upon being asked by another caller on why Oak was upset, because he had starred in the Alolan games and Pokémon Home, Oak ended the radio show by hurling his microphone out of the window. He was last seen storming out of Goldenrod Radio Tower and entering the Game Corner. We’ll update with any further developments.