The Crown Tundra part of the Pokémon Sword and Shield Expansion Pass is only a couple days away from releasing, but as is routine, leaks have come out once again from dataminers. Specifically, Twitter account CentroLeaks has shared images of new Legendaries and their Shiny forms (with some branding plastered over the images), and accompanying details. 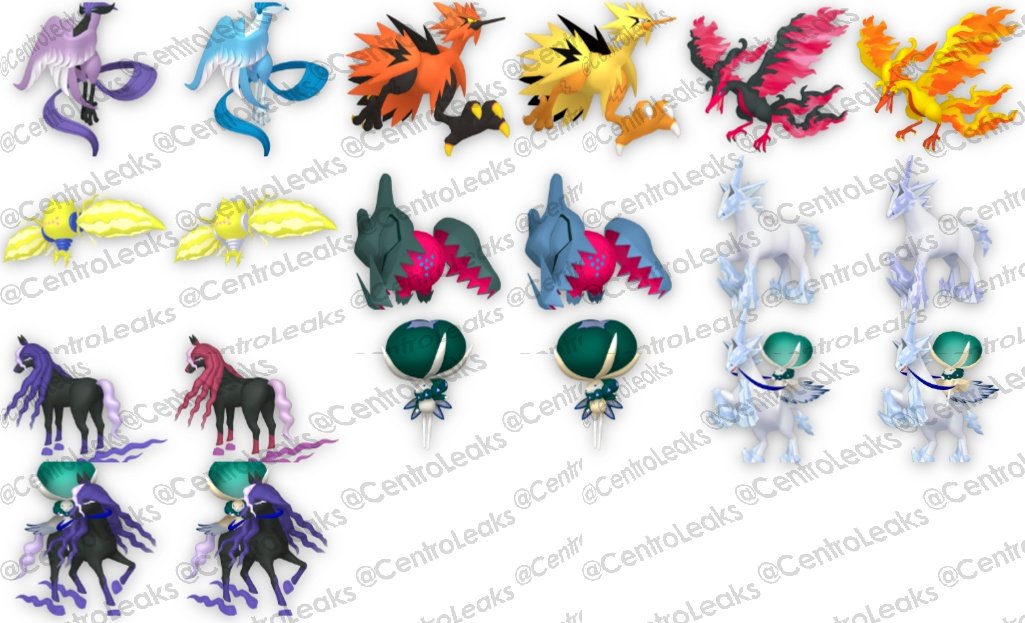 Highlights include the following (noting that the exact names can differ):

We’ll update with further news as it comes, including guides for after the Crown Tundra officially releases.

Edited by Corviknight, Sheep, and Zach.