The fourth generation Sinnoh games, Pokémon Diamond and Pearl, have been part of the latest rounds of beta leaks for the franchise. These released amongst a spat of many other Nintendo title leaks.

Several early designs can be found in development builds that was leaked and subsequently datamined, as well as a few more obvious placeholder designs, as seen for generation two Pokémon in the beta Pokémon Gold and Silver files. Read on to gaze on their magnificent early forms, and some quick analysis of them! We also cover some Trainer and music redesigns. These findings come from March 2006 (which only had 13 Sinnoh Pokémon and limited towns, characters, and music), and June 2006 builds.

While all the base forms for the Starter Pokémon remained intact – as far as we know, anyway – their evolutions have undergone changes. Grotle and Torterra for instance, had differently shaped backs, with Torterra being a much flatter beast.

Prinplup was the odd middle child during development, with a notably different head and body. Its arms and pose is also based on Empoleon, showing evidence this was still a work in progress.

Monferno’s sprite was also more closely based on the official Sugimori art, with the pose repeated. It was only in release did it get a regular standing pose.

A lot of placeholders designs were evident for the Legendary, with some rather quickly done sprites thrown together for some. While Regigigas is not too far from its final form, Giratina and Arceus are radically different.

Arceus in this form had functionality for all Plates added.

Beta Arceus in the June 2006 has all plates implemented! pic.twitter.com/RA5ZKX0klC

Interestingly, Darkrai’s seemingly placeholder sprite must have had some importance, or based on other art along those lines. It has been noticed that the red feature on its face is retained in the title text for the movie it debuted in!

The lake guardian trio in Uxie, Azelf and Mesprit all have different backsprites, each with similar ribbons around their heads, rather than a focus on a pair of tails. Whatever did their front sprites used to look like?

Many changes applied in designs to regular Pokémon. Rampardos was a lot more chonky for example, only to be slimmed down in the final release and with a colouration closer to Cranidos. Bronzong appeared to want to give hugs with its arms, whileCarnivine and Leafeon had placeholder sprites.

The Gible line also changed colour, and had various differences in design. Alternate designs can be seen for Lickilicky. Rotom was still in development as well, looking more like a blue ball of plasma – another early-stage development reference to the character of Pulseman, perhaps?

All sprites and their assigned cry in the development build can be viewed here.

Beta Gastrodon was in a June 2006 build of the game.

The protagonists had only minor changes made to them during this development build (left) and final release (right). Dawn has minimal changes to her clothing, although she does gain a Pokétch. Lucas also only gets his Pokétch later – was this only decided on near the end of development, or a overlooked detail rectified in the sprites late-on? Lucas has a change in pose, but it is still fairly similar. 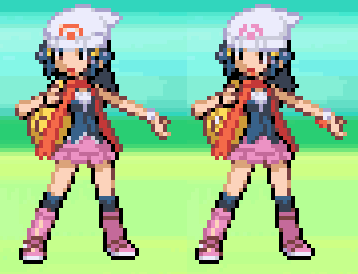 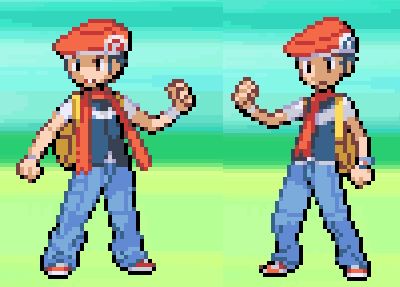 Various NPCs underwent changes, some greater than others. The farmer got a larger moustache which seemingly absorbed much of his eyebrows. The Ace Trainer pair swapped from green and brown clothing to orange and black, along with a change in hairstyle.

Profile images of beta Gym Leaders have also been found! All eight characters remained, although it appears Crasher Wake had a different mask. Was it closer to the Swampert line? His Gym was by the Great Mash, after all – a fitting location for such a Pokémon. Roark is missing his glasses in the beta as well. 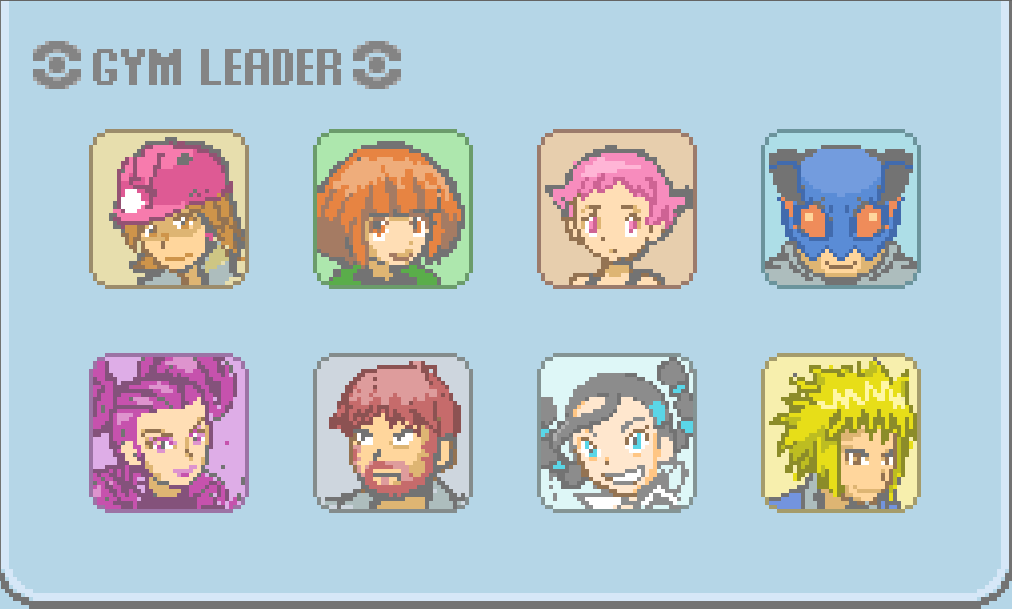 Various tracks have come to light with different notation and instrumentation. The Gym Leader Battle theme for example is a little calmer, lacking some aspects to them that made them quite as frantic as the final version, but otherwise remains quite similar.

There is a second theme of Gym/Elite Four.
Another prototype I guess. pic.twitter.com/nmUbz7UCPw

Barry’s Encounter Theme was perhaps even more energetic that before from the higher tempo, octave, and instrument changes throughout. Arguably this suits his characterisation more, but probably was a bit too over-the-place for release.

Beta Barry Encounter theme!
I like this one! Very energetic! pic.twitter.com/GDazRHKkyN

Other variations in instrumentation exist, as evident in Route 29’s theme (especially around 0:27).

A move from tumpets to piano was used in the Cyrus Battle theme.

Some tunes underwent further development – the Dialga and Palkia battle themes for instance were more bare-bones and lacked strong instrumentation. It is as if they used a soundfont closer to that used in the generation three games at this part of development.

Another song that underwent improvements and additions was Cynthia’s battle theme. This version of the song sounds somewhat empty compared to the final version.

Overworld sprites for Legendaries besides Dialga and Palkia had placeholder sprites used.

The various designs seen above for Pokémon were likely obselete, as proper party icons had already been implemented. That means (unsurprisingly) these designs came significantly before June 2006.

The Underground had a different layout to the final version. The Battle UI also had an alternate design.

The credits scenes had been unfinished at the time.

This one'll be a bit shorter. The specifics of this build are that none of the trainer sprites in battles or overworld are final, the battle ones are ports of RSE ones, and the overworld ones are reimagined RSE ones. Additionally, every place after Oreburgh has no unique models. pic.twitter.com/unrXwyXjVs

What are your highlights from the newest findings? Do you prefer any of the unused designs or versions from what we got in release?