Hellooo, Trainers! Ranko here! It’s time for another challenging Max Raid! Zeraora will be your contender for the period of this event. Do keep in mind that he is uncatchable, similar to the Mewtwo Max Raid event where it simply poses a challenge. However, there’s a few other quirks involving the event, which currently runs from Wednesday, June 17, 2020 until Sunday, June 28, 2020, at 4:59 p.m. PDT.

First, players will be able obtain a Shiny Zeraora if at least one million Trainers manage to defeat Zeraora during the event period (as well as additional Armorite Ore for every 100,000 more after that million). The Zeraora will be able to be obtained via Pokémon HOME.

Additionally, Zeraora has multiple forms of difficulty, depending on the type of Max Raid. 3 – 4 star Zeraora raids will be pretty simple to clear. However, 5 star Zeraora raids have a moderate chance to be Shiny Zeraora, which are much much more difficult to clear compared to a normal 5 star Zeraora, similar in difficulty to the previous Mewtwo Max Raid event. Defeating Shiny Zeraora will reward players with a greater quantity of rewards including Ability Capsules, Rare Candies, and Nuggets! 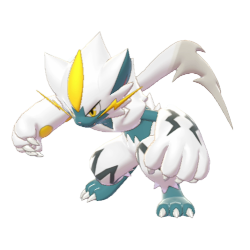 Although the normal 5 star Zeraora raid is pretty easy to beat with a generally high leveled team, the Shiny version is much scarier. Generally, Shiny Zeraora’s strategy is to attack once, immediately use Work Up, and then overwhelm your team with its power on both offensive spectrums. An important thing to note from the data here is that Zeraora only has one Special move in the form of Discharge, so technically a player can bring an Electric-type immune Pokémon and only have to worry about Zeraora’s physical attacks!

Up ahead, I’ll list some picks for getting easy wins versus Zeraora… 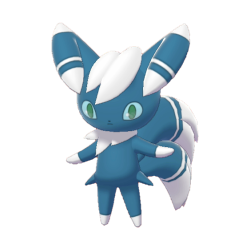 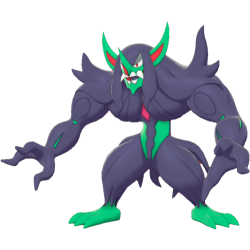 Pokémon with the Ability Prankster continue to be good picks for tough raids, with Light Screen and Reflect being particularly nifty for keeping people alive. Neither of them are weak to Zeraora’s attack, but don’t exactly have a lot of resistances, so be sure to build them up correctly. It’s worth noting that Taunt no longer works as the battle begins since Zeraora starts with a Max Raid shield, making it a bit more difficult to stop it from getting too powerful.

Meowstic gets a special mention for being able to use Role Play, which allows him to copy either Zeraora’s Volt Absorb or an ally’s useful ability (such as Lightning Rod), and even Skill Swap it onto another ally. You can’t Role Play through Zeraora’s Max Raid Shield while it’s up, but you can still Role Play an allied Pokémon anytime you want. Homing onto Grimmsnarl, he gets access to Foul Play to use Zeraora’s boosted Attack stat against it, making him a very useful offensive support! 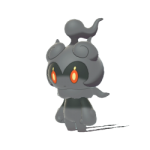 Marshadow is also once again an incredibly powerful pick! Marshadow’s Spectral Thief supports the team by removing Zeraora’s stat boosts even through the Max Raid Shield, but it additionally is able to deal tons of damage. It is worth noting that Marshadow does not have any resistances to Zeraora’s attacks besides an immunity to Close Combat, and so it is still sort of a risky pick. It is definitely safer than it was versus Mewtwo at least. 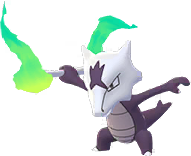 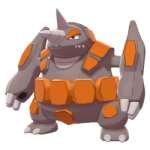 These three Pokémon are grouped together since they all share a common trait: the Ability Lightning Rod and great overall bulk versus Zeraora’s Physical attacks. Marowak and Rhyperior both pack powerful STAB Ground-type attacks that quickly wear down Zeraora. Rhyperior has the better stats all around, but it has a weakness to Zeraora’s Close Combat. Alolan Marowak’s specialty here is being immune to ALL of Zeraora’s attacks besides Outrage, which won’t hurt Alolan Marowak that much anyway! This Marowak can still learn Ground-type moves, but it won’t hurt as much as the other two Pokémon listed here. 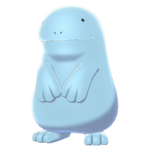 Quagsire becomes particularly useful with a combination of many things! First, its Ability Unaware ignores the stat boosts of Zeraora, allowing it to live pretty much any attack Zeraora throws at it (it does not defend your team from them though!). Secondly, it has a nifty Electric-type immunity as well as the option to use STAB Ground-type attacks. Lastly, it is capable of using Haze to clear away all of Zeraora’s nasty stat boosts! Unfortunately, this does remove stat debuffs as well, but staying alive is generally more important than defeating the opponent quickly in this case. An overall very solid defensive pick that also isn’t very hard to manage.

Generally, any strong Electric-type immune Pokémon with decent defenses and a good move to hit Zeraora with work. Shiny Zeraora is rather strong, but he isn’t very versatile and has an easier type combination to deal with compared to Mewtwo in the similarly leveled raid, and so there are a lot of strategies that can work! Pokémon such as Runerigus, Golurk, and Mimikyu sport key immunities that allow them to survive plenty of Zeraora’s attacks. The thing to consider is to make sure you have a defensively balanced enough squad so that Zeraora can’t eventually overwhelm your party, and you’re golden!

Of course, many other Pokémon are able to hold their own versus Shiny Zeraora, but these are generally the most effective picks I’ve seen so far. The list may be updated to reflect better strategies as the event goes on. I hope this helps at least a few Trainers out, and I wish you all good luck! Let’s get ourselves a Shiny Zeraora!

Edited by bobandbill and Siddhar

Ranko dabbles in lots of things, from studying game development to playing fighting games. She also loves all sorts of derivative works, including Pokémon fan-games!