Another Pokémon Masters update has landed. While less new fixes have arrived, we’ve learnt of three new 5* scout characters. The limit to items has been increased too – no more hitting the 9,999 Co-Op Sync Orbs limit!

Thanks to dataminers poke_malea and absol__utely once again for sharing their findings!

We have details on Sygna Suit Grimsley & (Mega) Sharpedo, Dawn & Turtwig, and Burgh & Leavanny. SS Grimsley will share a banner with SS Elesa on the 11th of June. Dawn will debut earlier on the 28th of May, while Burgh appears last on the 18th of June. 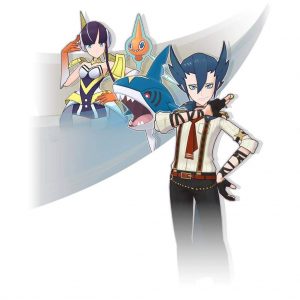 Grimsley is a gambler, and it shows here. Sink or Swim! is a very risky move, granting a lot of buffs at the cost of nigh all of Sharpedo’s available health. Paired with a healer support sync pair, this may well be worth it. You may not be so lucky during co-op modes with random players however. Power Flux 5 is quite a good Passive Ability to have, on that note. 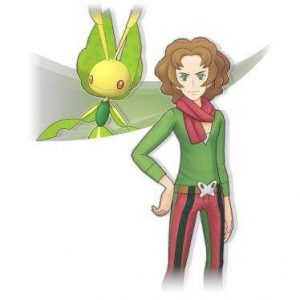 He’ll like pairing up with a Sunny Day user like Silver for the Speed boost (but not against Fire-type opponents!). Scurry Ahead will help as well, although you may need to rely on his sync grid to make the most of him. There’s a bit of luck involved with getting stat boosts from Silver Wind, even with the Passive Ability. 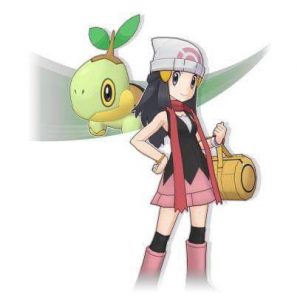 Dawn might prove to be a useful Grass-type supporter, granting Defense buffs and healing to an ally. (SS Grimsley might appreciate Dawn’s help in particular!) Making Torterra the target of attacks will also benefit the team, particularly against Physical opponents.

Some new music has been added to the game. One is Battle! Wallace.

All three new characters will come with an expanded sync grid.

A Water Training event featuring Barry and Misty sync grid upgrades, a Steel type training event (no grid), and events for Dawn and Burgh will begin. Caitlin’s story event will also be rerun.

Which new character are you going to try to summon when they debut in Pokémon Masters?

Edited by Rivvon and Sheep.