The final stages of the Pokémon Masters Silver and Ho-Oh Legendary Event have been made accessible for all players to challenge, and the event as a whole winds down in less than a week. There has been a significant number of changes made to the Legendary Event formula with this most recent outing, and while some are quite questionable, the most obvious alteration is, in truth, the least concerning⁠—that being the prize box. While it can be incredibly frustrating when luck is not on your side and your target item is the last to be obtained, it is respectable that DeNA continues to diversify each event type. And, at the end of the day, players can get used to the prize box format. The most major concern stemming from the Silver and Ho-Oh Legendary Event is one involving the sync pair themselves⁠—and the new rewards pool at large.

This time around, it is impossible to max out your legendary sync pair. To be fair, it was immensely difficult to do this in past legendary events, due to the overwhelming amount of exchange tickets it would take to grab “duplicates” (extra copies of the sync pair to raise their sync move level). Even custom power-ups could be a challenge to get due to their increasing cost with each exchange. But the option to grind out points to get those rewards was still there. Fans of these sync pairs could invest the extra time and get close to maxing them out, or perhaps even fully max them out depending on just how much they grinded. There is, however, no such option for Silver and Ho-Oh. 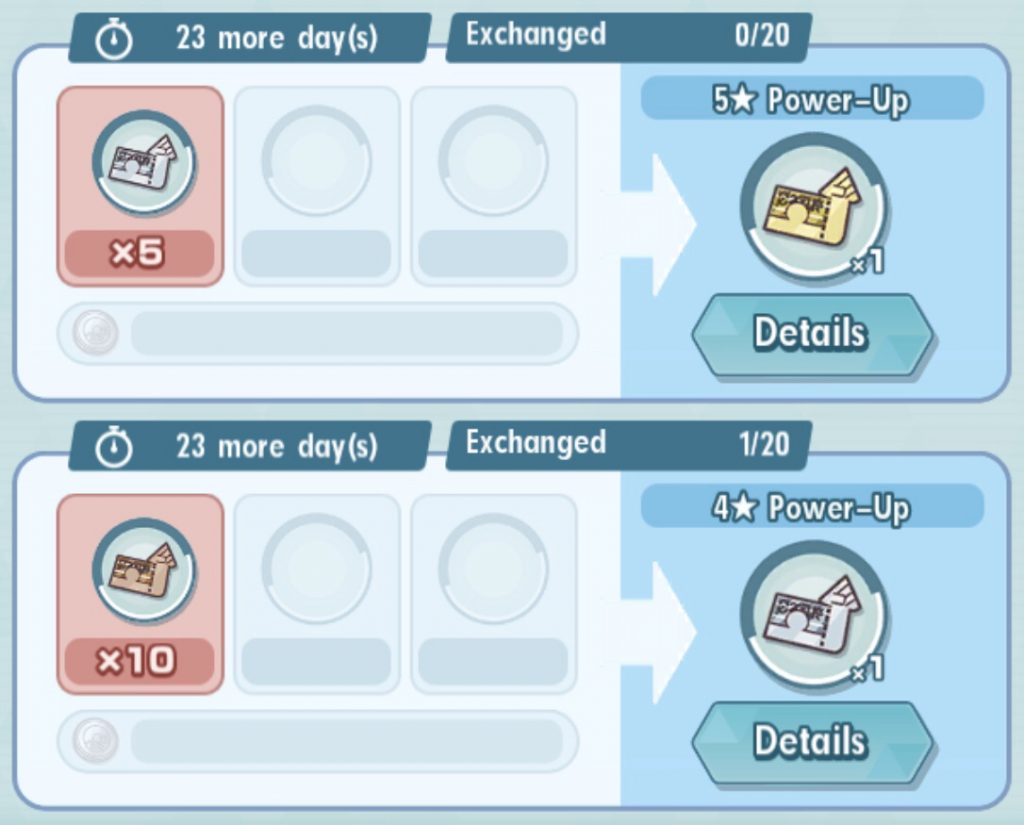 And as Masters pushes for more solo content, as well as content that encourages the use of many different sync pairs, the loss of custom power-ups is heavier, too. I am admittedly not the biggest Zinnia fan, but I appreciate being able to strengthen her without sacrificing the option to strengthen my other sync pairs as well because her power-ups are unique to her. She can substitute for my Flying-type sync pairs if I get an unlucky run in the Battle Villa. Power-ups can make a huge difference in strength, especially once you start having more than ten on any given sync pair, so it would be a lot more difficult to use her and Rayquaza if she did not have those power-ups. Looking at Silver and Ho-Oh, while it is now easier to get 5-star power-ups in general, I would still be sacrificing the ability to use those power-ups on anyone else if I wanted to make him stronger, especially as a player who does not scout a lot and does not have many 3- and 4-star power-ups lying around (I actually do not have a single 4-star with a maxed-out sync move, and I am still missing a few completely).

But even players who do scout frequently would be forced to make this sacrifice, and for them it may seem even less worth it⁠—each subsequent legendary sync pair tends to be less powerful than the last. This makes maxing them out more necessary for them to be useful, but not at the expense of power-ups and move candies that would be better-spent on stronger, scoutable sync pairs. Why would a player who scouts a lot invest these rare items into Silver and Ho-Oh when they could be more effectively used on, for example, sygna suit Red and Charizard? At least the past legendary sync pairs would be worth investing in by any player because their power-ups would not detract from strengthening other sync pairs. The players who are truly hurt the most by this change are fans who love the character, Pokémon, or both, and may have to choose maxing them out over a more generally-useful, harder-to-get sync pair.

Speaking of the aforementioned move candies, they may be the largest change that is at once both incredibly amazing and incredibly concerning. These items act as a duplicate sync pair, leveling up their sync move by one. While it seems there are “general” candies programmed into the game, so far the ones that can be obtained are categorized⁠—the current event gives one 5-star strike candy, 4-star strike candy, and 3-star strike candy each, and can unsurprisingly be used only on strike sync pairs. But there is very little to dislike⁠—these candies can be used on any sync pair, even limited ones such as the Holiday 2019 Rosa and Siebold or Poké Fair sync pairs like Cynthia, Steven, and sygna suit Red, so long as their categories align. These are a truly great addition to the game, but at the moment seems to have come at the expense of being able to grind for duplicates of the ongoing event’s sync pair. Getting only one move candy per legendary event, and then choosing which sync pair to use it on, makes sense considering how powerful these candies are⁠—when used on a limited-time sync pair, it can really alleviate gem spending for getting an extra copy. But as already noted, the previous system of having the option to grind for dupes and encouraging players, regardless of how much they scout, to invest in their new legendary sync pairs is overall superior to the current one, due to how much emphasis is now being placed on solo events and training many different sync pairs. Move candies are wonderful additions to the game, but at the⁠—validly⁠—very rare rate they are currently distributed, they should not be offered in place of but rather in addition to the ability to grind out legendary sync pair dupes. Even if you want to look at move candies as a pure bonus, and that there should be no pressure to use them on legendary sync pairs, it still does not change the fact that the newest legendary event only distributes one “dupe” while past ones distributed up to four—a notable decrease in rewards. 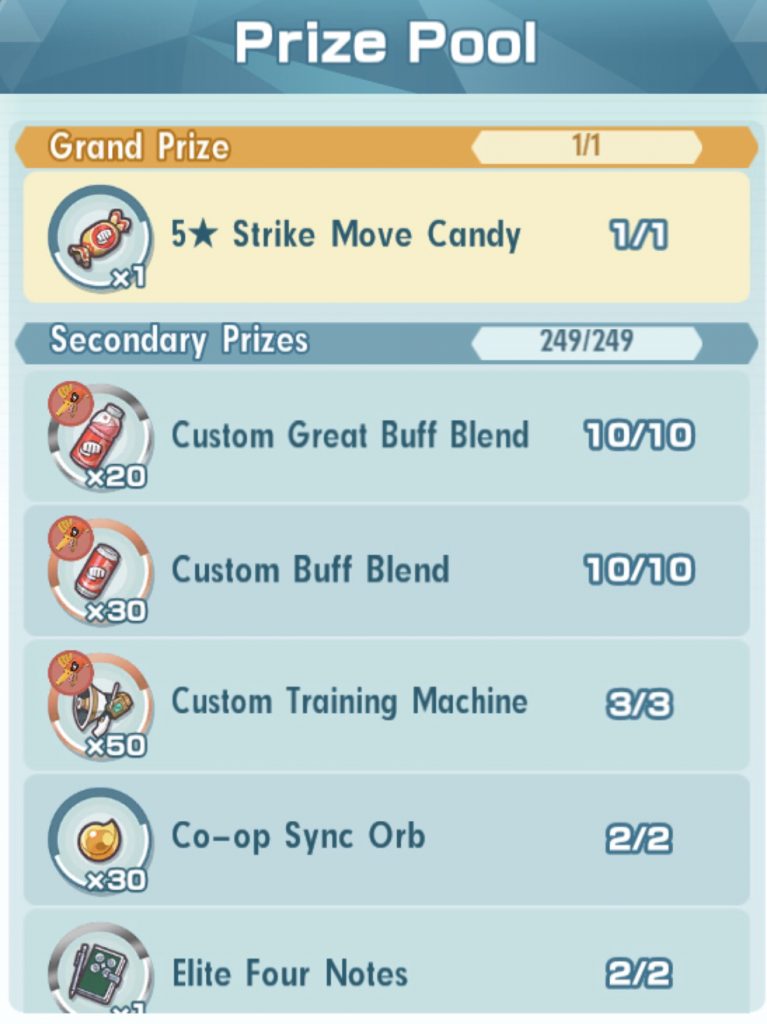 This change makes me overall wary of the future as well, and not just for Legendary Event sync pairs. Prof. Oak and Mew’s release involved quests that could provide enough dupes to max out their sync move. Is it worth it to use the 3-star strike candy on a free sync pair that does not get as many chances to be duplicated, or will future sync pairs similar to Prof. Oak and Mew require these candies just as Silver and Ho-Oh do now? Will training events return without a sync pair dupe to earn in the item exchange? Although maxing scoutable 5-star sync pairs is an incredibly daunting challenge even with saving gems and utilizing scout points, it was and still remains doable and the candy items are ultimately a bonus to encourage players to stay engaged in events as well as maintain player satisfaction. As much as corporate defenders believe that players “aren’t owed anything” and that companies should do whatever it takes to increase the bottom line, player satisfaction and overall enjoyment of the game is necessary for keeping a consistent playerbase and increasing the longevity of the game. In addition, DeNA has continued to improve Masters by listening to player feedback and have been willing to make drastic changes to keep the game fresh. There is no reason to assume that DeNA does not value player satisfaction.

This issue could potentially be alleviated depending on how the event gets re-run. Previous legendary events maintain completed areas, so returning players could jump right into grinding for exchange vouchers to get more items and power-ups or dupes. But Silver and Ho-Oh’s event is a bit different thanks to the first few prize box pools containing area data that returning players will have already completed. If re-runs of this event allow players to replay completed areas and obtain the associated first-time rewards, that would allow players to slowly—but, most importantly, surely—max out Silver and Ho-Oh while also keeping them engaged in the event re-runs. The average player, who does not grind out all rewards in the first few days of an event, will likely find this to feel similar to any other legendary event in which they were not going to max the sync pair the first time around anyways. While custom power-ups would still be gone, it would be much more worthwhile to invest in Silver and Ho-Oh using regular power-ups if their dupes were obtainable in this simple manner.

The latest message from the developers has also been posted, and it puts these latest Legendary Event changes into an interesting context. The more minor but still relevant information involves the upcoming Legendary Arena, which has been officially compared to the Battle Villa. It again stresses the importance for players to be able to invest in many different sync pairs. Not just legendary sync pairs, but free sync pairs in general, should be an additional boon to all players regardless of how much they scout, and maxing them out should be a viable goal—to say nothing of how the option to max out free sync pairs reasonably resonates with the previous letter’s explanation that players being able to build their “dream team” is one of Masters‘s primary goals.

But the bigger news here is that Masters‘s no-stamina, infinite-play set-up is about to be shaken up. Aside from a few select areas, maps will have a daily access limit placed on them in exchange for the reward drops increasing. This is truthfully a great change for casual players who do not heavily grind, but as always options are the ideal here—it is not strictly superior for those who prefer to grind out rewards all at once. Sometimes it is not even that the player in question does this frequently, but perhaps that they cannot play every day and therefore double or even triple their efforts on the days that they can play. In fairness, depending on how drastically the amount of rewards increase—as well as how many times a map can be replayed—it may still turn out alright in the end. But the removal of the option to continue to grind for rewards comes across as a strange one, even to someone like myself who very rarely grinds. It also reflects the removal of the ability to grind for custom power-ups and dupes in Legendary Events, so I cannot help but wonder if this is a solidified change that DeNA will be taking into various other corners of the game.

Even though I rarely grind, there are days where I have a bit more time and can make extra progress towards whatever goal I have set out. And if one of my favorite Trainers ends up being added as a legendary sync pair, I would absolutely want the option to put in extra effort and max them out. Combine this with less rewards than before, and you have a recipe for concern. Masters has already gone through a slouch and came out all the better for it, but with the one-year anniversary looming ever closer, I hope DeNA continues to listen to player feedback as the future of event execution grows uncertain. And I similarly hope players come to realize that it is not the new prize box formula that they should be worried about.

Edited by bobandbill and Sheep.