In the newest update for Pokémon Masters, various changes were announced. These include a new feature called Lucky Skills, Giovanni’s event returning with a few tweaks, an increase to level caps for 3-star characters, and various bug fixes. Hidden in the data, however, lurks an additional surprise! Five new characters have been datamined, indicating that they will be coming soon.

The new characters are as follows: 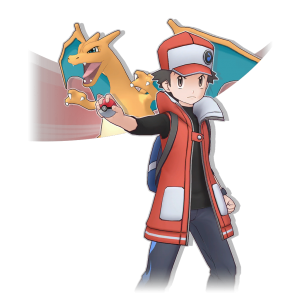 5-star Fire Special Strike character, with a weakness to Rock. Knows the attacks:

Red looks to be very powerful, with high stats, a great movepool, and perfect accuracy. The ability to buff his Special Attack and Speed to maximum in two uses is massive, and a higher critical hit rate is also great. His Passive Abilities look very useful too, and may offset the risk of the move gauge bar being depleted too often when using him. He won’t last many attacks, but will be a great character to pull for. He also comes with a full sync grid to grind on! He will be one of the most powerful characters in the game. 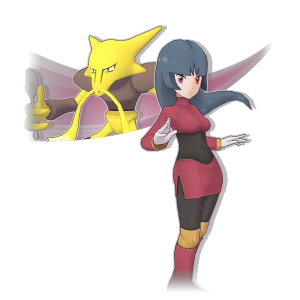 5-star Psychic Support character, with a weakness to Dark. Knows the attacks:

Sabrina seems to be great for supporting Special Strike characters who would appreciate the boost to accuracy, such as Solgaleo with Focus Blast. 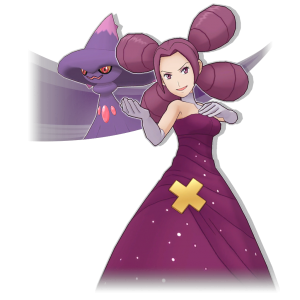 5-star Ghost Support character, with a weakness to Dark. Knows the attacks:

Fantina seems to be somewhat unique, with support to move gauge bar recovery and critical hit rate. If Ominous Wind triggers her stat boost effect she’ll become very powerful, and the ability to debuff opponents upon fainting may make her a useful sacrifice lead in Co-Op matches. 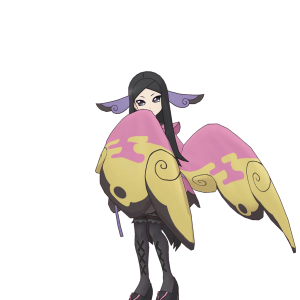 4-star Fairy Special Strike character, with a weakness to Poison. Knows the attacks:

Another Fairy option is much needed for the game, and Sylveon is a popular pick in the fandom! She has the potential to be somewhat of a Special Attacking wall, and will like further healing support to keep striking hard. 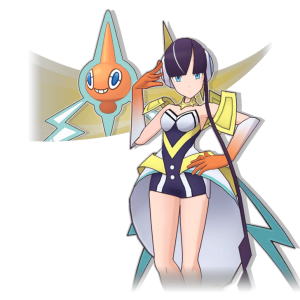 Elesa getting an alt is not terribly surprising, being one of the more popular Unova Gym Leaders. Rotom makes for a unique choice and typing/weakness combination. She will pair very well with Strikers with Mega Evolutions, such as Brendan, who will benefit from the critical hit and accuracy increase on Leaf Storm. The evasiveness boost may be helpful if she has Rotom take on weaker moves.

It’s notable that three of these five characters have a weakness to Dark; the likes of Nanu, Grimsley and Karen will appreciate more opponents to take advantage of. Koga may prove useful against Valerie as well, granting more usage to this often ignored character.

Which character are you most excited to see?

Images datamined and supplied here.
Edited by Dragon and Ranko.