An Entry Hazard is any move that has a lasting presence on the battlefield, causing damage or another adverse effect to a Pokémon any time they switch into the battle. At first, to the uninitiated, these moves can be easily overlooked, however they have held a prominent place in nearly all Pokémon metagames since their inception in Generation II.

In this article, we will be examining each of the Entry Hazards that exist up to Generation VII. We will look at what makes them a valuable part of the metagame and, also, how to counter them.

Spikes was the first and, for many years, only Entry Hazard. Released in Generation II, it deals a small amount of chip damage to any grounded Pokémon (those without the Flying type, Levitate ability, or a few other special conditions) upon switching in.

This doesn’t seem like a big deal, but this tiny amount of damage can add up quite fast when you switch into it repeatedly, especially when Spikes can stack up to three layers! A single layer of Spikes could be the difference between a KO and a barely-surviving heavy hitter, but the small amount of damage dealt is admittedly negligible (1/8th the victim’s max HP). However, a second layer of Spikes ups that damage to 1/6th, and the third and final layer ups that damage to a full quarter of your victim’s maximum HP! While it’s easy to shrug off a measly 1/8th drop, even if that small amount can be the difference between success or defeat, it can be devastating to lose a quarter of your health before even taking an attack.

That being said, it is entirely possible that your opponent will be able to remove your Spikes before you get much benefit from a second or third layer. This forces you to spend more moves to build them up again. As such, Spikes is perhaps best served as a supplement to more potent Hazards instead of your primary Hazard. For this reason, Spikes ranks as one of the less popular Entry Hazards. It should be noted that it is still valuable in the late game, as when your opponent has lost their means of removing your Hazards, a few layers of Spikes can be absolutely devastating to your opponent.

Common users of Spikes include Klefki, Ferrothorn and Greninja.

Toxic Spikes was a part of the new generation of Entry Hazards to appear in Generation IV. Unlike ordinary Spikes, which deal chip damage to enemy Pokémon switching in, Toxic Spikes inflicts the crippling Poisoned condition, leaving a lasting health-sapping effect on your foes that persists even after the Hazard itself is removed, dealing 1/8th of the afflicted Pokémon’s maximum HP at the end of each turn.

If that sounds unpleasant, and it is, keep in mind that Toxic Spikes also has a stacking effect. A second layer of Toxic Spikes upgrades the Poisoned con 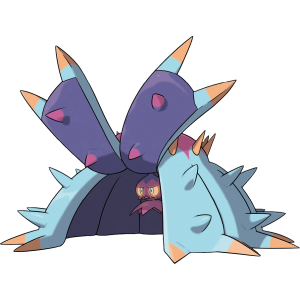 dition inflicted to Badly Poisoned, which is far worse. Instead of simply inflicting a flat eighth of a Pokémon’s max HP as damage each turn they are active, this enhanced condition increases its damage by an additional 1/8th every turn the Poisoned Pokémon is active. This can lead to a very quick and unceremonious death if the condition is not removed or the counter continuously reset back to 1/8th through switching out (and even that is just a delaying tactic).

Unfortunately though, Toxic Spikes shares its weaknesses with its ordinary counterpart as well as its stacking effect. It will only work on grounded Pokémon and it is entirely possible that your Toxic Spikes will be removed before you can set up that devastating second stack. Furthermore, there is an even greater number of Pokémon immune to this hazard as Poison and Steel types are generally immune to being Poisoned, as are Pokémon with abilities such as Immunity or Poison Heal. In fact, Poison types switching into set Toxic Spikes will absorb them and remove them from the field completely.

Poisoned is arguably the most debilitating of the status conditions, so the ability to spread it passively to multiple enemy team members can be a huge boon. That being said, like its predecessor, Toxic Spikes works best in conjunction with other hazards.

At first glance, Stealth Rock is very similar to Spikes. It deals chip damage to opposing Pokémon when they switch in. It might seem less impressive at first, as it doesn’t stack. Here’s the thing though, unlike Spikes, Stealth Rock deals damage based on type effectiveness. It deals anywhere from 1/32 to half the incoming Pokémon’s health depending on how resistant, or weak, they are to the Rock type.

This makes Stealth Rock important, as not even un-grounded Pokémon are safe from Hazards with Stealth Rock on the field, since nothing is immune to the Rock type. Furthermore, four types take super-effective damage from the Rock type, including Flying, and thanks to how common the Flying type is, a large portion of almost every meta can be expected to lose a quarter or even half of their maximum HP any time they switch in.

Stealth Rock is horrifying to deal with for the unprepared, and oftentimes even for experienced battlers. It is unquestionably the best of the Entry Hazards. Most competitive players consider it an essential component on their teams. In fact, it is such a presence in most competitive metagames that in the past there have been (unsuccessful) calls to ban it in Smogon tiers. It is essential that your team has means to deal with it.

Some users of Stealth Rock include Tyranitar, Chansey and Garchomp.

The final of the currently existing Entry Hazards is Sticky Web, introduced in Generation VI. This Hazard is vastly different than its three predecessors. Unlike the other Hazards, Sticky Web does not directly harm opposing Pokémon through damage. Instead, Sticky Web indirectly weakens your enemy by reduces the Speed of Pokémon switching into it by one stage.

Compared to the damaging effects of its counterparts, this might seem underwhelming, especially against slow, bulky teams. However, against fast, offensive teams, Sticky Web can be game changing. The vast majority of fast sweepers are very fragile, investing most of their stat total into their Speed and an offensive stat. This means that if they cannot outspeed you, they are quite easy to faint. As such, Sticky Web can completely shut down hyper-offensive teams that rely on fast hit-and-run Pokémon and like Stealth Rock, does not make use of stacking to reach its full potential to do this. 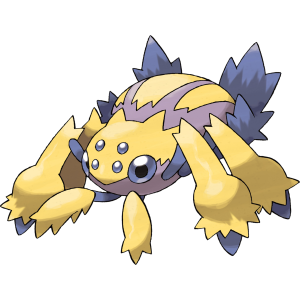 Unfortunately, Sticky Web does have its shortcomings. It can be situational, being useless against slow and bulky Pokémon like those used in stall teams and some balanced teams. Sticky Web also shares the same weakness as Spikes and Toxic Spikes: it doesn’t have any effect on un-grounded Pokémon. Furthermore, Sticky Web is a rare move, available only to a handful of weak Bug types, the Swirlix line, and Smeargle. This means that it is very hard to fit onto a functional competitive team and as such, it typically goes overlooked. Attempting to build a Sticky Web team is not recommended for beginners, but for those with the skills and knowledge to make use of it, it can be a potent weapon in a player’s arsenal, albeit not one that will ever have the impact of Stealth Rock.

Pokémon that make use of Sticky Web include Araquanid, Galvantula and the aforementioned Smeargle.

When examining the various Entry Hazards and the significant impact they can have on a battle, it is clear to see why these moves are such a big part of most competitive metagames and why most make a point of including at least Stealth Rock on their teams. Thankfully though, Hazards are not without counterplay.

Perhaps the most obvious, and the simplest, method of counterplay against Entry Hazards is to simply remove them from the battlefield before they can do too much damage. There are two methods of doing this at this time: Rapid Spin and Defog. Rapid Spin is a rarer move, and can be countered by moves like Protect as well as Ghost type Pokémon. Defog is harder to counter and is not nearly as uncommon, but does have the downside of removing your own Hazards as well as your opponents, and is mostly learned by Pokémon who suffer switching into Stealth Rock to remove it. Defog also runs the risk of triggering Abilities such as Contrary or Defiant, making the opposing Pokémon stronger by raising their stats when their Evasiveness drops. However, most players will opt for Defog over Rapid Spin as it is harder to counter and can be used by many Pokémon, making it easier to fit onto a team during teambuilding. Some players will opt to include both, or to have two Defoggers on their team if they have room, but only one Hazard remover is necessary.

The other method of counterplay against Entry Hazards is to prevent them from being used entirely. This method is trickier and relies heavily on predicting your opponent’s moves. As such, it is best used along with Defog or Rapid Spin. The first method of preventing your opponent from setting Hazards is Taunt. Taunt is a common move that prevents your opponent from using any moves that don’t directly damage you (such as Entry Hazards) until they switch out. If you can predict when your opponent is going to switch to their Hazard Setter, you can Taunt them and likely force them to switch back out. The other method of preventing Hazards is the Ability Magic Bounce. This doesn’t take up a moveslot like Taunt, but is a lot rarer. Magic Bounce deflects any non-damaging effects back at your opponent. This means that if your opponent attempts to set an Entry Hazard, it will end up on their side of the battlefield instead. Of course, similarly to Taunt, this requires you to switch your Magic Bouncer in at the right moment.

It is also possible to simply avoid Hazards. Non-grounded Pokémon are immune to most Hazards, Poison and Steel types can’t be Poisoned by Toxic Spikes, and Pokémon with the Magic Guard Ability can only be damaged by damaging moves. There’s also a confirmed leak that Sword and Shield will introduce a held item that allows a Pokémon to bypass Hazards. These are all handy tricks to have in your repertoire, but it is ultimately better to prevent or remove Hazards, as this will benefit your entire team.

Ever since Spikes was introduced way back in Generation II, Entry Hazards have been a core component of most competitive Pokémon metagames, and this is unlikely to change to any significant degree as we head into Generation VIII. With that being said, it is important to learn about the various Hazards present in the game so you can both use and counter them.