Strategy and synergy are two of the most important aspects of competitive Pokémon teambuilding. The foundation of both of these things is your chosen playstyle; the most stripped down, basic way your team is meant to function. It is important to stick to your chosen playstyle when teambuilding, otherwise you will end up with a team that lacks synergy and cannot function on its own, making good strategy difficult. There are three predominate styles of play in competitive Pokémon: hyper offensive, stall and balanced. Each playstyle has many variants, but the general concept at the core of each variation is always the same.

Hyper offence teams do exactly what they sound like. They largely disregard more defensive play, focusing on hitting the opponent fast and hard with powerful sweepers and wallbreakers, then cleaning up what’s left. The idea is simple enough in concept; o 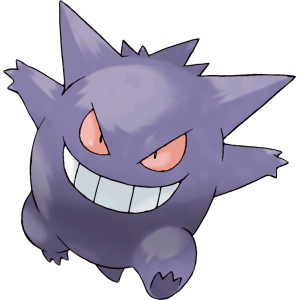 verwhelm and decimate your opponent before they have the chance to gain momentum.

There are four primary roles in your typical hyper offence team: the lead, sweepers, wallbreakers and cleaners. That being said, sometimes there is crossover between the roles and, on occasion, a role is sometimes omitted (although this is never your sweeper or wallbreaker). The job of the lead is to set the stage for the rest of the battle, usually this means setting up Entry Hazards to weaken your opponent’s Pokémon and make them easier to kill, but it can also involve using screens (Reflect, Light Screen or Aurora Veil) to prolong your own team’s longevity or activating weather for abusers. A less common variant, the suicide lead, has the added caveat of being designed to do this and then take a large chunk out of the opposition through Explosion or some other powerful attack.

Sweepers are your win condition, your primary way of winning battles. They rely on high Speed and offensive stats and/or boosting moves to overpower your opponent, keep momentum in your favour and take out as many enemy Pokémon as possible before eventually fainting. Meanwhile, your wallbreakers are slightly different. While they can also be fast, they are often also a little slower and bulkier than the rest of the team. Their role is to plough through defensive threats that would otherwise counter or cripple your sweepers with murderously powerful attacks. Wallbreakers are there to clear the way for your sweepers but, if given the chance, can potentially serve as a secondary wincon depending how the game swings.

The final role on a hyper offence team is your cleaner – also called a revenge killer. Although they can be powerful in their own right, their primary job is to be fast. This can be achieved through a naturally high Speed, priority moves like Extreme Speed, a Choice Scarf or a combination thereof. It is the role of the cleaner to outspeed opposing Pokémon that your wallbreakers and cleaners can’t quite finish off while they’re on low HP and finish the job. A common composition for a hyper offense team is one lead, two sweepers, two walbreakers and one cleaner. 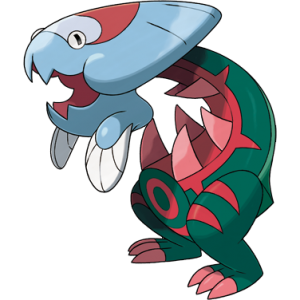 It’s easy to see the appeal of hyper offence as a playstyle. It’s fast paced, fun and you get to throw powerful attacks around like confetti. A lot of players are drawn to hyper offence for this reason, and for an unprepared opponent this can be devastating to face. These teams blow a hole in the defences of the enemy and then systematically dismantle what’s left. This doesn’t mean that hyper offence is without weaknesses though. Hyper offensive teams are typically comprised largely of frailer Pokémon, this means they are easily crippled by Status Afflictions and are vulnerable to being revenge killed. This is why it is essential to keep the momentum in your favour so other players cannot exploit these gaping weaknesses. There is also a more psychological issue at work, especially with newer players, where the instinct is to preserve your teammates. However, hyper offence Pokémon are not built for longevity and players need to know when it’s time to sacrifice them.

Overall, hyper offence is a lot of fun to use and it’s not complicated in execution. Mastery of this playstyle, however, requires a lot more finesse than it would appear on the surface.

Chances are, if you specialise in playing stall teams, you’ve been cussed out more often than someone playing a hyper offence or balance team. Why? Because stall teams have a well-earned reputation for being extremely frustrating for an unprepared player to deal with. Stall is essentially the polar opposite of hyper offence. Rather than blitzing through your opponent with powerful attacks, the idea is to hard wall your opponent and defeat them in a battle of attrition as their health is slowly whittled down by Status Afflictions, Hazards and chip damage. Stall is the immovable object to hyper offence’s unstoppable force. 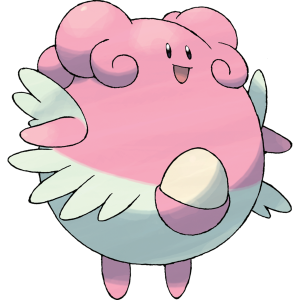 The actual roles in a stall team aren’t quite as well-defined as with the other two common playstyles as your team is largely built out of walls. That being said, although they’re often spread across multiple Pokémon, there are a few common roles found in stall teams: walls, hazard setters, hazard controllers, trappers and clerics.

Walls are the bread and butter of a stall team and will generally make up the majority of the team. A wall’s job is simple, to soak up attacks and heal the damage away while slowly chipping away at your opponent. Walls often focus on one defensive stat over the other – Chansey is a wall with monstrously high Special Defence while Gliscor focuses on Defence. That being said, there are a lot of excellent more mixed walls such as Ferrothorn and Toxapex with all-round great defences. Other walls are good because of relatively high mixed-bulk compounded by Unaware, an Ability that ignores stat boosts, such as Clefable and Quagsire. However your walls are configured though, it is essential that together they resist as many different Types and categories of attack as possible otherwise you will quickly lose.

Entry Hazards are very important to stall teams. They are both one of the greatest assets to the archetype as well as a thorn in its side. It is very important to make use of Hazard setters as they are your best and most reliable method of chipping away at your opponent as they are repeatedly forced to switch counters to your different walls in. Stealth Rock is your best weapon here, as explained in Competitive Concepts: Entry Hazards, but Spikes and Toxic Spikes are also extremely useful. The ability to remove or prevent Hazards with a Hazard controller is also very important as anything that lessens your Pokémon’s HP is compromising their ability to function as a wall. Toxic Spikes in particular is very threatening. Your best bet for a Hazard controller is a Pokémon with access to Rapid Spin, but Defog is also a viable option. Further control through Taunt and Magic Bounce/Guard is also a good idea.

The final two roles are not seen as much as specific categories on stall teams now, especially on Smogon where Arena Trap and Shadow Tag are not readily available in most tiers. It is worth knowing about them though. Trappers are Pokémon that can prevent your opponent from switching out with a move or Ability. This leaves them vulnerable to chip damage from attacks or Status Conditions or can allow you to Faint an otherwise threatening Pokémon. Trappers are fairly easy to counter though with moves like U-turn or Volt Switch, Ghost types and some items and effective trappers are few and far between. Clerics are less prevalent simply because they are rarely needed. Clerics are Pokémon with the ability to heal damage or Status Conditions afflicting their teammates. They are potentially useful but are often superfluous as a specialised role as many walls can already heal themselves and prevent/remove status conditions. 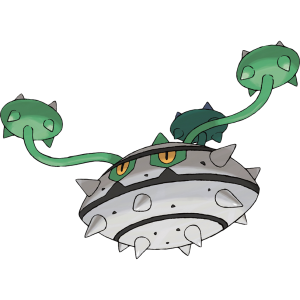 Stall was once, by far, the most effective of the three playstyles. That being said, it’s not as appealing as hyper offence or balance and, these days, is generally outclassed by both. While it is true that stall can be incredibly frustrating to play against, current competitive metas do not favour it. Power creep has made it harder and harder to successfully wall opposing teams with monstrous wallbreakers like Dracovish are running rampant, especially with the limitations of the Galar Pokédex in play as many prominent stall Pokémon are not available at all in the current meta. Furthermore, stall teams are rendered effectively useless by Taunt, Magic Bounce and Magic Guard and is also much harder than other styles to play with effectively. In the current competitive climate, stall is simply a shadow of what it once was.

If hyper offence is one side of the spectrum and stall is the other, balance teams are, of course, the happy middle ground. As the name implies, balance teams strike an equilibrium between offence and defence, being able to switch between the two as needed and incorporating roles common to both offence and stall in team lineups. 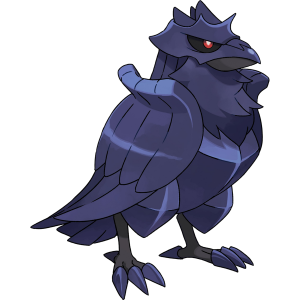 Balance teams mix and match the roles taken from other teams, making use of leads, walls, sweepers, wallbreakers and Hazard controllers. However, there is some nuance to this. For example, the role of Hazard setter is generally part-and-parcel with the role of lead – although other Pokémon can also fulfil this function, including the designated Hazard controller. Walling the opponent with balance teams is also often a bit more nuanced than just throwing in a damage sponge with Recover with many teams choosing to incorporate a pivot as well as or instead of a wall. The role of a pivot, especially a defensive pivot, is similar to the wall but is more focused on stopping your opponent’s Pokémon and then immediately switching out to regain momentum for your team instead of staying in and consistently absorbing damage. This is because, as with hyper offence and unlike stall, keeping the flow of the battle in your favour is important to paying balance well.

Balance is often overlooked in favour of hyper offence, but is a much more beginner-friendly playstyle on account of its greater defensive utility, making it easier to recover from a misplay. Despite its beginner friendly nature though, balance teams are plenty viable in the current competitive meta being able to employ the strengths of both offensive and defensive playstyles. Of course, balance teams do have vulnerabilities inherent to their nature. As the middle ground option, they are neither as brutally powerful as a pure, hyper offence team nor can they put up as formidable a defence as stall. The strength of balance teams is in reliability and versatility. 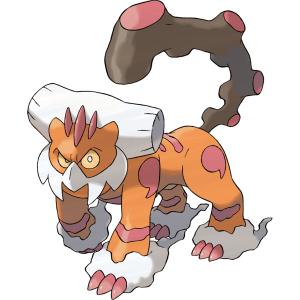 Each of these three playstyles have their own definitive strengths and weaknesses, and it is important to consider these as well as your own experience and temperament when choosing what kind of team you want to construct. As always, it is also important to pay attention to the meta you are playing in as well so you know which styles are going in and out of fashion and why. Stall might be a less viable playstyle now, but at one point it was extremely prevalent. Of course, this guide is not intended to be comprehensive, there are other more innovative and obscure types of team out there and more ways of constructing these more common playstyles than explored here. What’s important is to use the information you have to build the team that best suits both yourself and the meta you participate in.