The Galar region is an enigma for us all thus far, but we know that it differs from the other traditional regions. Instead of normal Gym battles and the Elite Four, the region’s Pokémon League holds tournaments to decide the next Champion. You’ll have to compete with your rivals and challenge the Gym Leaders of the region for your chance to take part in this tournament, too!

The tournament comprises of two parts – the Gym Challenge, and the Champion Cup.

The Galar Gym Challenge is a celebration of Pokémon battling! Not so different from the other regions in this aspect, the participating Trainers strive to collect all eight Gym Badges, and only Pokémon Trainers who have been endorsed by specific people, such as Gym Leaders, can join in. 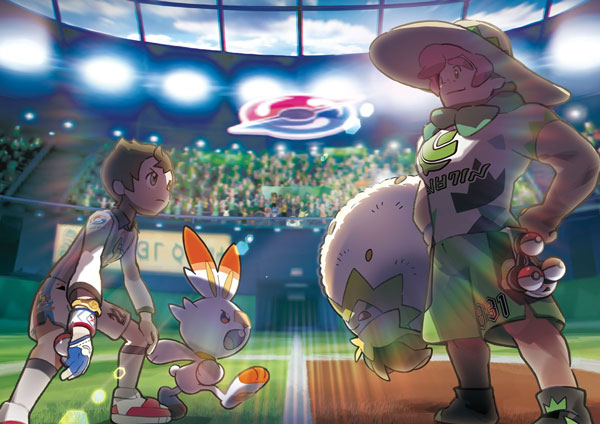 While not seen in the game itself, in the lore of Galar are minor leagues (10 Gyms) and major leagues (8 Gyms). It seems you can only battle major league Gyms, and that the total number represents the number of types in Pokémon. Incidentally, some differences in what Gyms are in which league can be seen between Sword (e.g. Bea, the Fighting type) and Shield (Allister, the Ghost type).

Once a year in the Galar region, a series of Pokémon battles are held with the League Championship on the line. 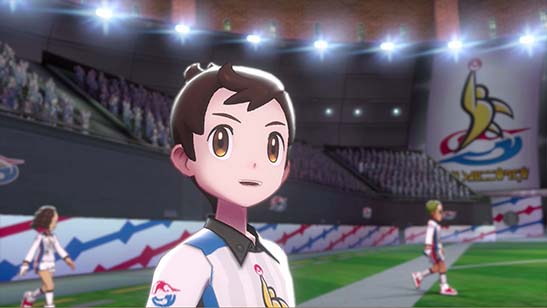 But participating in the tournament is not so easy. One has to receive the endorsement of specific people like Gym Leaders. (Our protagonist reportedly receives his endorsement from the Champion himself.)

Some of the corporations in Galar support the Gym Leaders and the Champion by sponsoring them. One can find the logos of these corporations all around the region.

So, what do you guys think? Are you excited about the Gym Challenge? Do let us know!