Update 4, August 11: The English trailer, which was leaked and of which many screenshots were taken from, has finally been uploaded to The Pokémon Company International’s YouTube channel.

Update 3, August 11: The Pokémon Company has released the Japanese version of the leaked video, which shows us largely the same elements that the leak has.

While we were expecting more information in the coming days via the official Pokémon websites, another leak has occurred. We have a number of screenshots taken from a trailer to be officially released soon.

While people have been re-hosting the trailer video, it’s taken down fairly quickly, so in the interest of avoiding issues we’ll stick to the images. Further information to come soon.

To start with, we get a new Pokémon in Morelull. It’s a Grass/Fairy type with Illuminate or Effect Spore as an ability. Mushrooms line its head. Below we also see Wishiwashi (originally revealed in CoroCoro with its Japanese name) in its School Form. 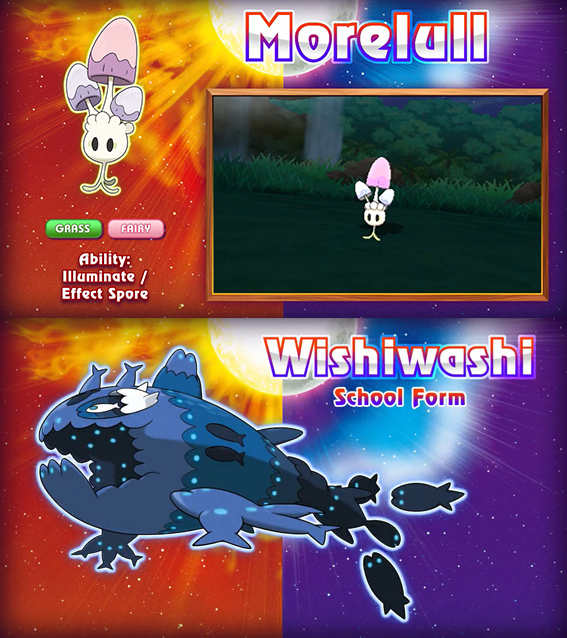 Next we get Wishiwashi in its Solo Form. We also get a new Alola form for… Raichu! It must be glad to not get shafted for its popular pre-evolution. It now has the Electric/Psychic typing, and the ability Surge Surfer which doubles its speed when the ability Electric Terrain is in effect. Pairing it with the likes of Tapu Koko (whose ability starts Electric Terrain) sounds ideal for Double Battles… 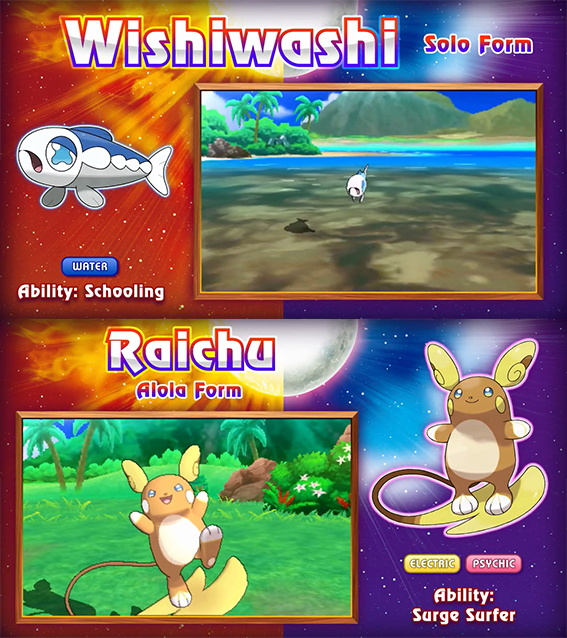 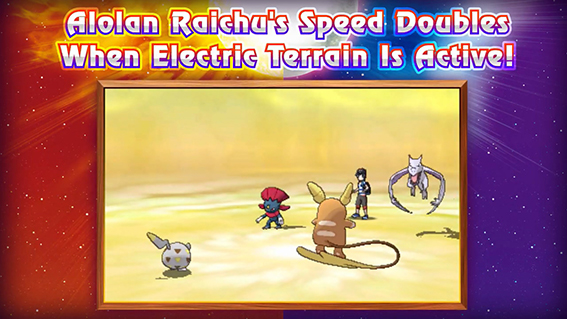 Next we have Marowak’s Alola Form. It gets Fire/Ghost for its typing as we learnt from CoroCoro (in order to defend itself better against e.g. Grass types), and has the ability of Cursed Body or Lightning Rod, the latter which would grant it an Electric type immunity. Meowth’s Alola Form retains its Abilities. 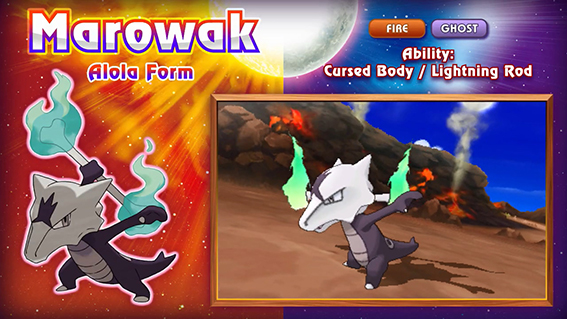 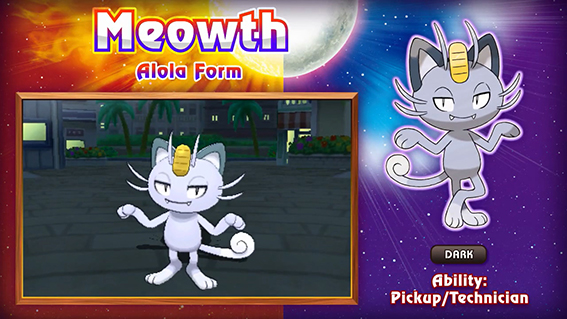 We get a better look at Pyukumuku as well, whose ability is Innards Out. 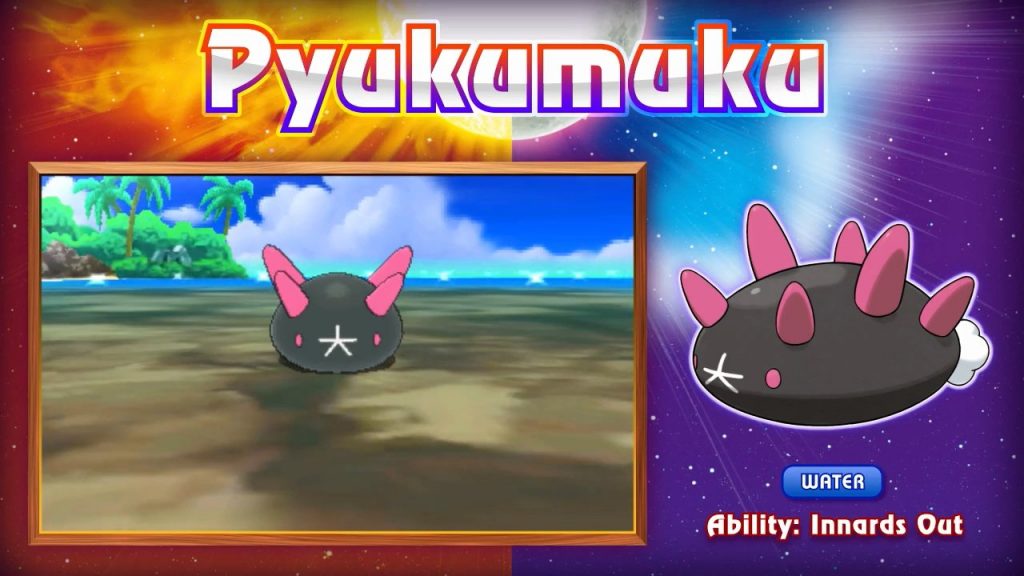 We get a better look at Team Skull as well. Guzma is the leader, and he seems to have a past relation to the Professor Kukui… 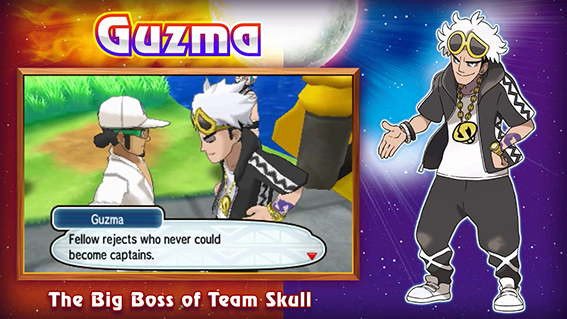 Then there’s Plumeria, an Admin of Team Skull and their ‘big sister’. 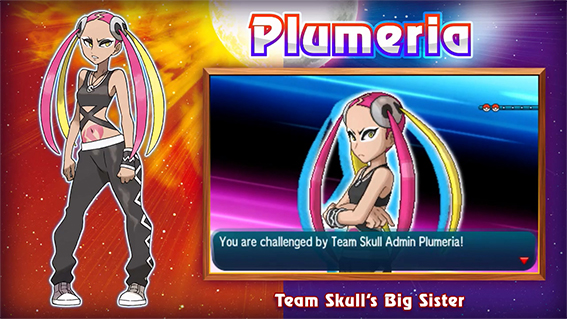 Then we have the grunts… 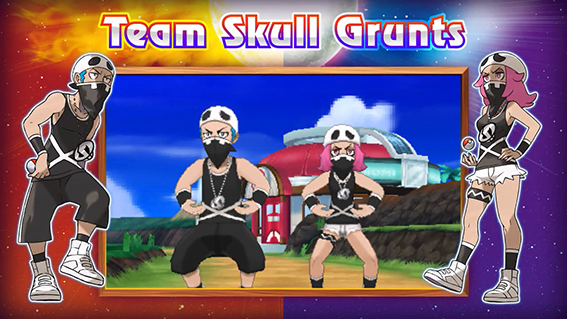 But what is even Team Skull’s deal?

Update 1, August 11: A video leak of Alolan Raichu in action has been posted on a Tumblr.

Update 2, August 11: Another clip from the leak has surfaced of Wishiwashi and its School Form: