The next part of the DLC for Pokémon Sword and Shield is to release on the 22nd of October.

The Galarian Star Tournament heavily features Double Battles between yourself and Galar characters, as previously revealed.

Peony puts you in charge of explorations of the Crown Tundra and Dens.

Every Legendary Pokémon will be available to catch, albeit some exclusive to a version of Sword or Shield.

The Ability Patch was confirmed, a new item that allows you to change the Ability of a Pokémon to its Hidden Ability.

Dynamaxed Pokémon can be battled in Dens during Dynamax Adventures, where you team up with other players and use rental Pokémon.

Instead of your regular Pokémon team, you and your fellow Trainers will choose rental Pokémon to bring along into the depths of the den. If you encounter a wild Dynamax Pokémon during your exploration, you’ll need to work together with your three teammates in a Max Raid Battle! If you win the battle, you’ll have the chance to catch the Pokémon, and one Trainer on the team can swap the newly caught Pokémon in for the Pokémon they had before. But if you lose a battle, you’ll be ejected from the den!

Galarian Slowking was revealed. Its signature move is Eerie Spell, and its signature Ability is Curious Medicine. 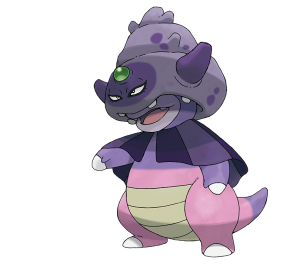 Eerie Spell is a Psychic-type special move in which the Pokémon attacks with tremendous psychic power. If hit, the opponent doesn’t only take damage—it also loses 3 PP from the move it last used.

Galarian Slowking’s Ability, Curious Medicine, is a new Ability introduced with this expansion. When a Pokémon with this Ability enters the battlefield, allies’ stat changes are reset.

Pokémon GO and Pokémon HOME will be compatible with each other before the end of 2020.

Melmetal will be able to be sent to Pokémon Sword and Shield from Pokémon HOME via Mystery Gift, and have its special Gigantamax form available. Shiny Meltan will return to Pokémon GO to celebrate when the integration goves live in a limited-time event.

G-Max Meltdown is a superpowerful move that slams opponents with shock waves and swirling liquid metal. This move doesn’t only deal damage to opponents—it also prevents them from using the same move consecutively!

Ash-hat Pikachu are to be distributed in Pokémon Sword and Shield. You can redeam the Original Cap Pikachu with the code of P1KACHUGET.

A special music video by BUMP OF CHICKEN was also showcased.