This is based on the ratio of dislikes per view, in which the new Pokémon games shot to the top of the list with 0.051 dislikes per view. A small number when looked at here, however that means out of the total views for the trailer, around 56,000 people actually disliked that one video. It’s also worth noting that the second highest was Battletoads, which came in at nearly half the amount at 0.028 dislikes per view. To give a more accurate representation, see the image below which is from an analysis done by VizionEck: 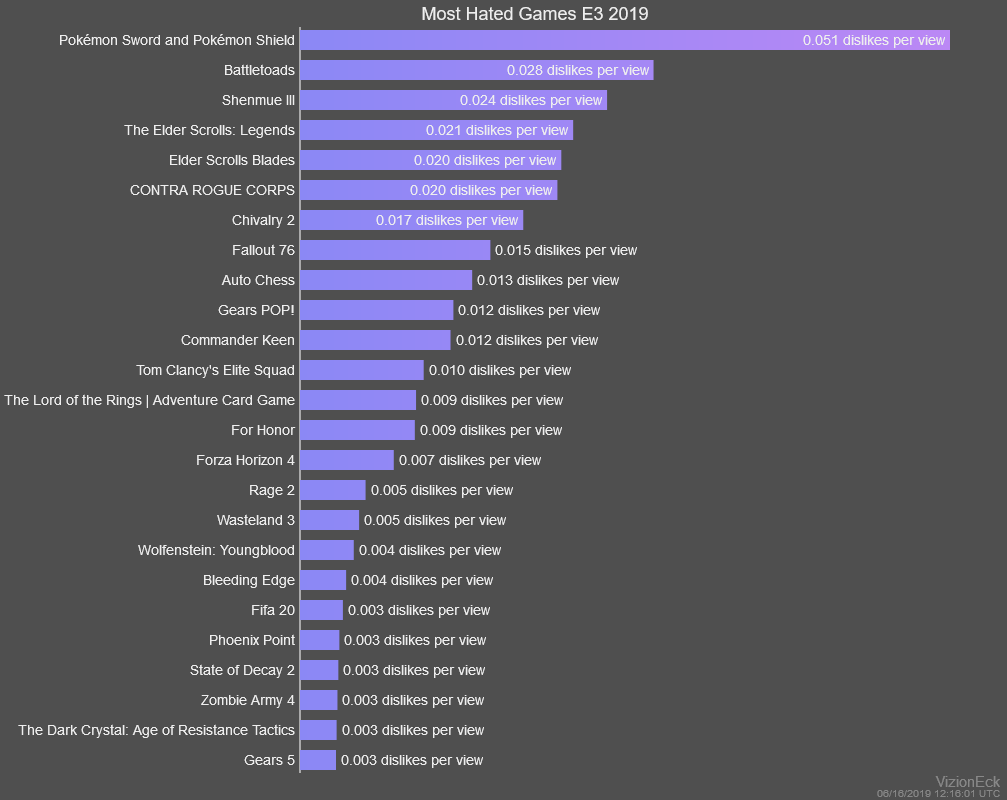 An interesting reaction to the news, that’s for sure! With such a strong reaction, do you think that the ability to transfer Pokémon outside of the Galar Dex will be changed before release, or afterwards through patches? Do you think that the reaction itself is too strong, considering how little we know about the game currently? As always, let us know what you think!

Image from the VizionEck forums.

As a lexicon enthusiast and Proofreader for PokéCommunity Daily, Aaron will be seen ripping apart anything article-related. Quite the barbarian. Otherwise, you'll find them probably in the corners with bags under their eyes as they plan for the 490th article idea to put into fruition.
Read comments