If you’re stayed unspoiled from the game leak and datamining, then we have some more official leaks for you in CoroCoro! In the last edition to release prior to the Pokémon Sun and Moon games, we get some information about a new Pokémon and two more Ultra Beasts. There’s also unique Z-Moves for the starter final evolutions! 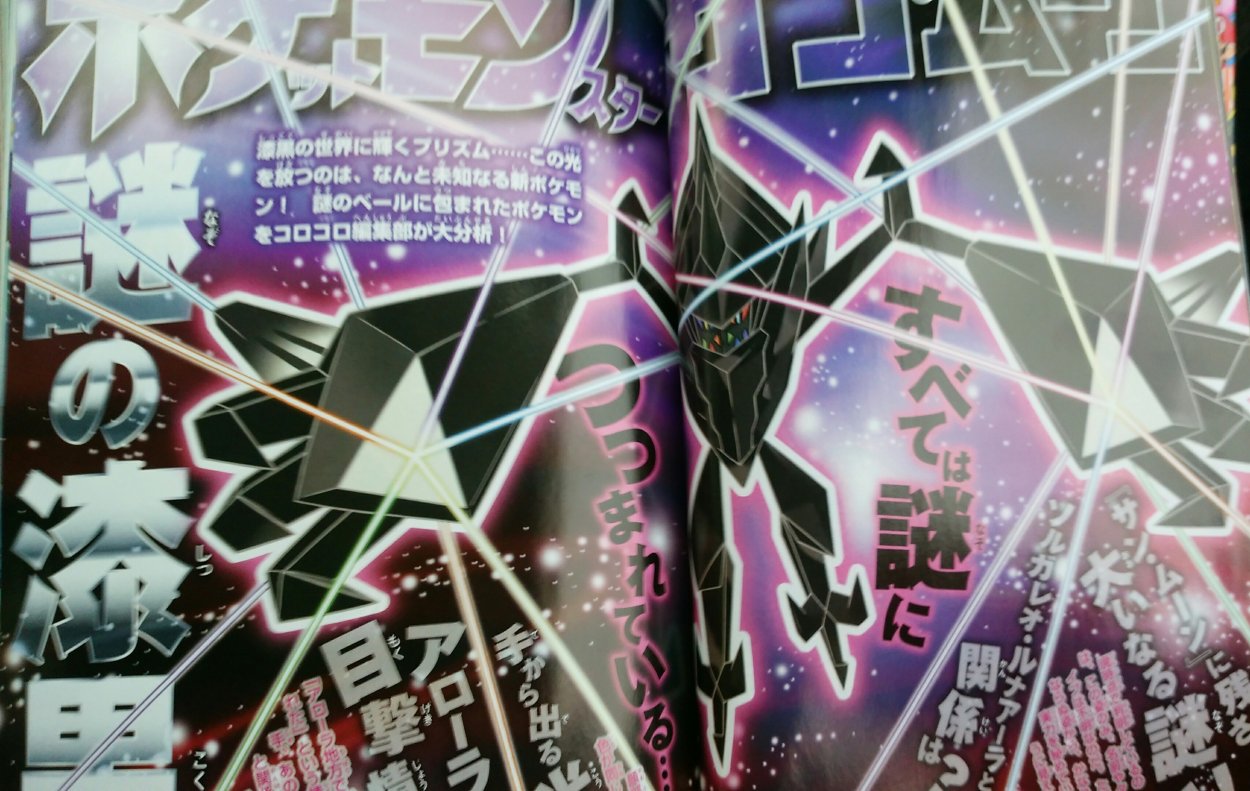 The first pair of pages introduces a new mysterious black Pokémon. It appears to be firing lasers. It is a pure Psychic type. The text wonders what it has to do with Solgaleo and Lunala, which suggests that this is the ‘third’ in a Legendary trio (like how Rayquaza is the third of the Hoenn Legendary trio of it, Kyogre and Groudon). 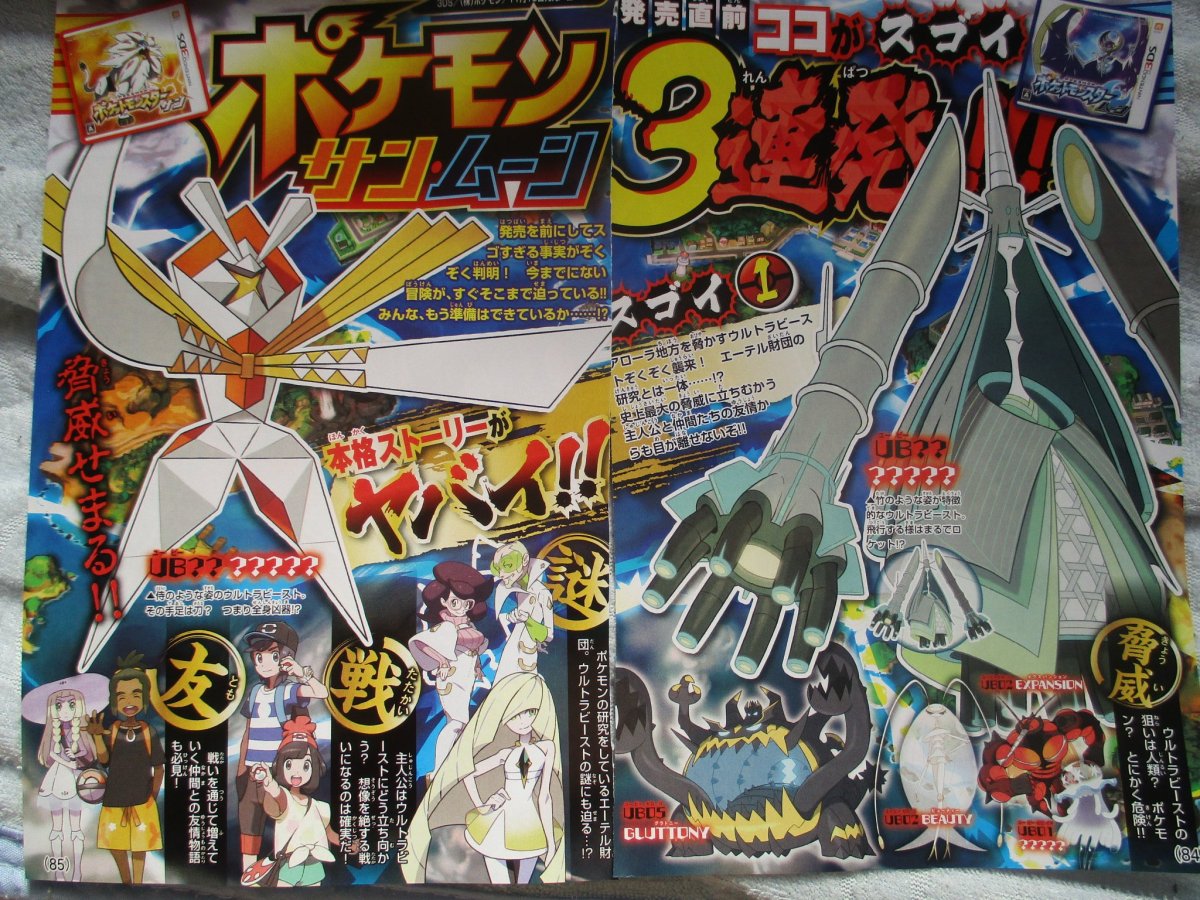 Next we have two new Ultra Beasts. These are some truly weird designs – just how did Ultra Beasts come into being? The one on the left appears to be exclusive to Sun, and the right to Moon. Members of the Aether Foundation appear on the same page as well, curiously.  What is their connection with the Ultra Beasts?

UPDATE (11/13): A more complete scan of this page has also revealed UB-05 Gluttony. This scan has replaced the original. 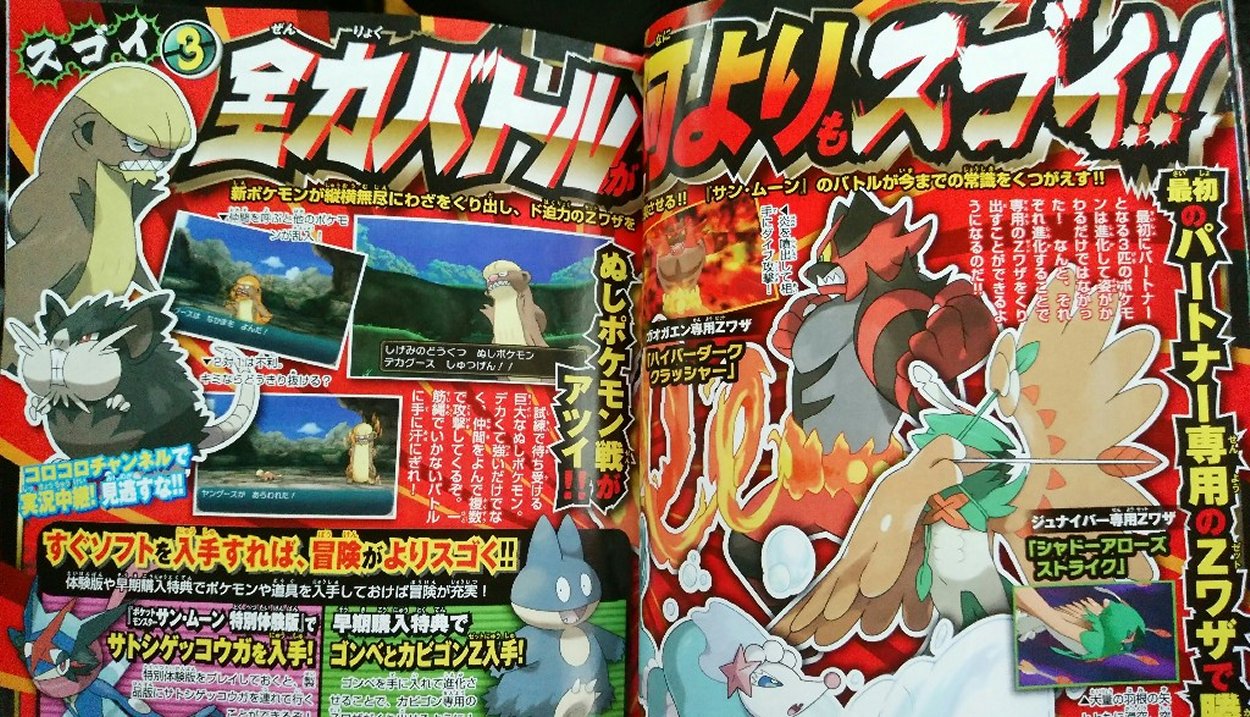 Lastly we have some information on the Starters. They each have exclusive Z-Moves. Decidueye’s is called ‘Sinister Arrows Strike’ in Japanese, and Incineroar’s is ‘Hyper Dark Crusher’. Unfortunately the scan is cut off so Primarina’s Z-Move cannot be seen.

There is also a recap about the Ash-Greninja event for playing the Demo, the Munchlax event, and the Totem Gumshoos and Raticate.

What do you make of the latest CoroCoro pages? Are you picking up Sun and Moon on release day?