In the video, news of the following was revealed:

For some other good news, the Isle of Armor is now live for Pokémon Sword and Shield and is available as a free update. To receive the update, press + when hovering over the game title, and select “Software Update”.

A Zeraora Max Raid Battle event begins today. While like the Mewtwo event you won’t be able to catch the Zeraora you defeat, if one million Trainers defeat this Mythical, then everyone will be able to claim a Shiny Zeraora via the mobile version of Pokémon Home. The event runs between the 17th and 28th of June, PDT. 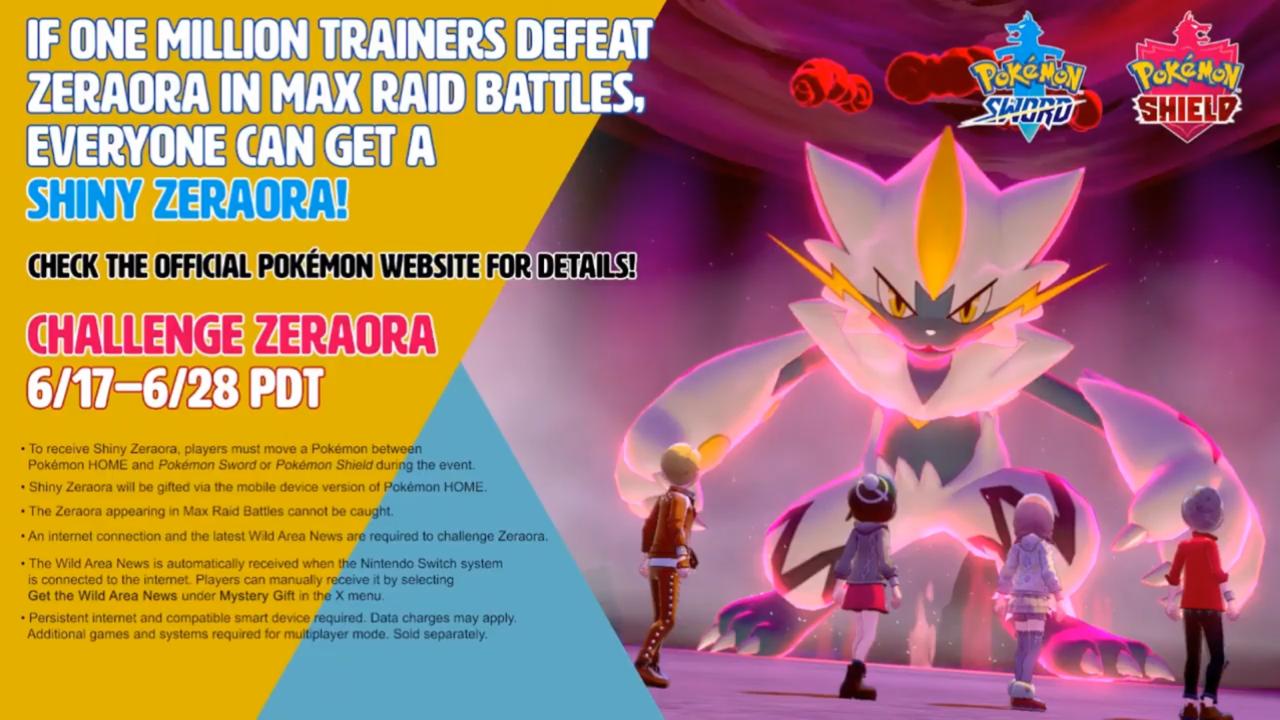 Another Pokémon Presents presentation will be available on the 24th of June. “Another big project” will be shared in this video stream.

For those who missed it, you can watch the Presents trailer below!

Edited by bobandbill and HeroLinik.

Sheep is the owner of PokéCommunity and a long-time Pokémon fan, having started with Red and Blue for the Gameboy Color. She loves Mareep and Wooloo, mobile games, cats, and the Pokémon anime series.
Read comments