Update: Further details have now arrived. The event lasts from the 5th October, 1 PM PDT, until the 14th October 1 PM PDT. Psychic types will spawn more frequently (including Ralts!), Psychic-themed Field Research tasks will appear, and Shiny Drowzee will be added to the game.

The official Pokémon GO Twitter accounts, as well as Instagram page, have briefly announced a new Psychic type event, before pulling down the tweets. This may have been a mistake on Niantic’s part. The in-game news has also mentioned the event, but simply states “Envision powerful Pokémon during the Psychic Spectacular”. 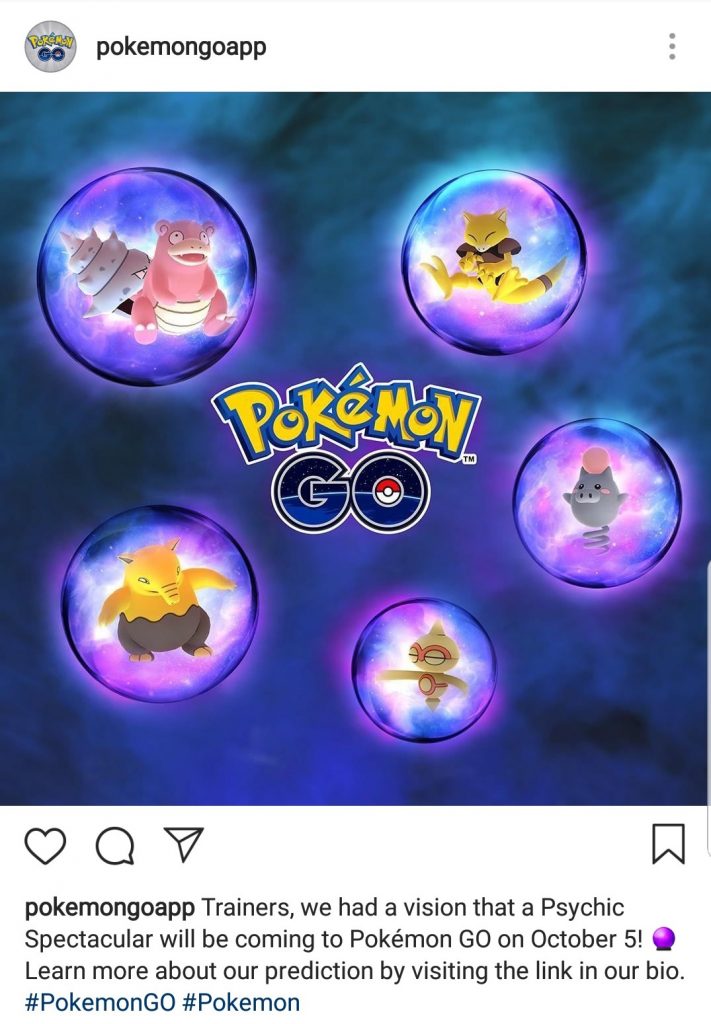 Thus far, what we know is:

We’ll update when more information becomes available.
Thanks to Ursula for the tip.