It’s that time of year again: the winter holiday season. And you know what that means—plummeting further into inescapable debt for the sake of keeping capitalism alive and thriving. But surely there must be someone out there who can keep the dignity of the holidays in tact. Wait, what’s that up in the sky? It’s a bird! It’s also part Ice-type! It’s… 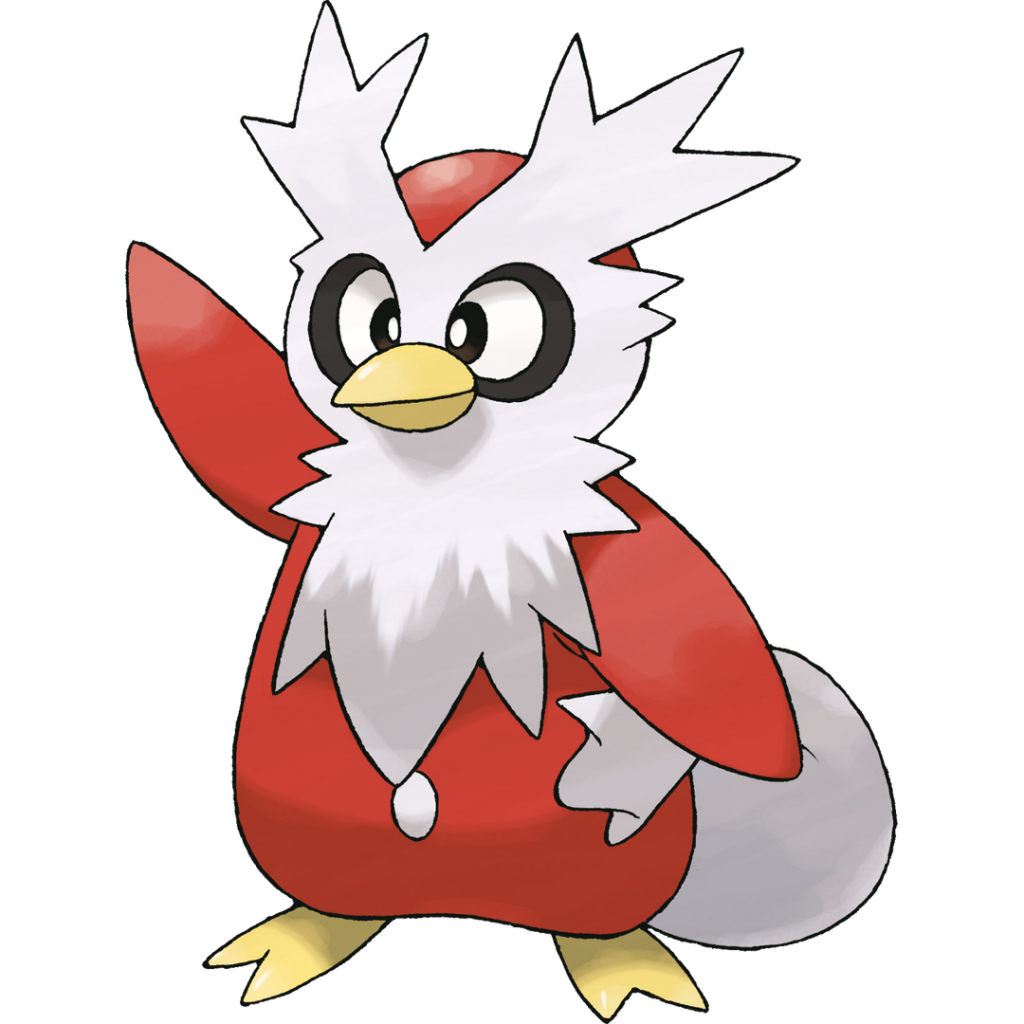 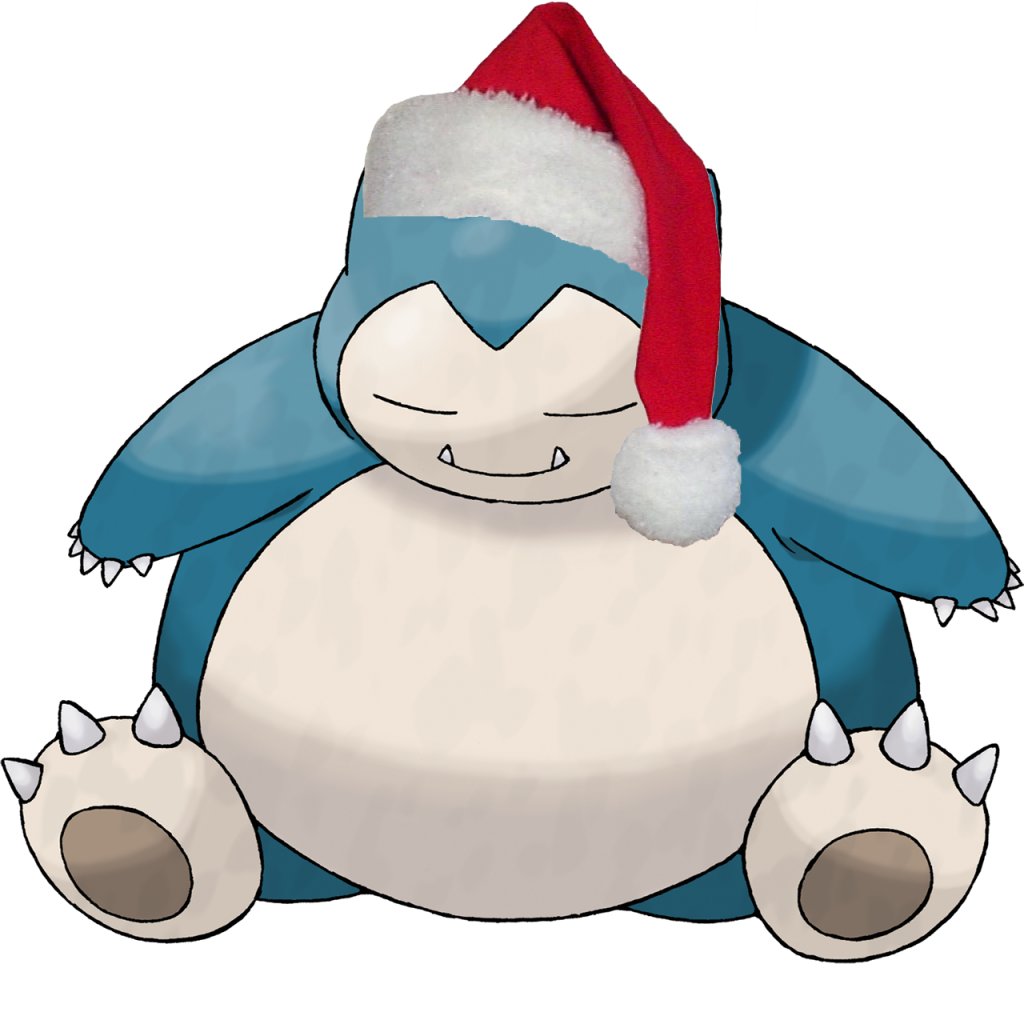 Just pop a red coat on Snorlax and you’ve got Santa… old Santa, that is. Snorlax comes in at the #10 spot because as we all know, Santa recently hit the Fighting Dojo, and is incredibly ripped. 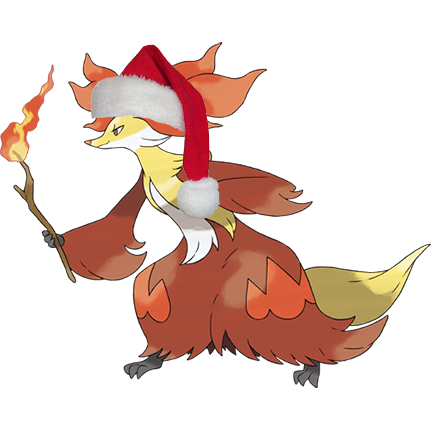 Delphox is already donning red, and his cloak is reminiscent of a sack… a sack of presents! This whimsical wizard is perfect for carrying presents; he can even hide some up his sleeve! 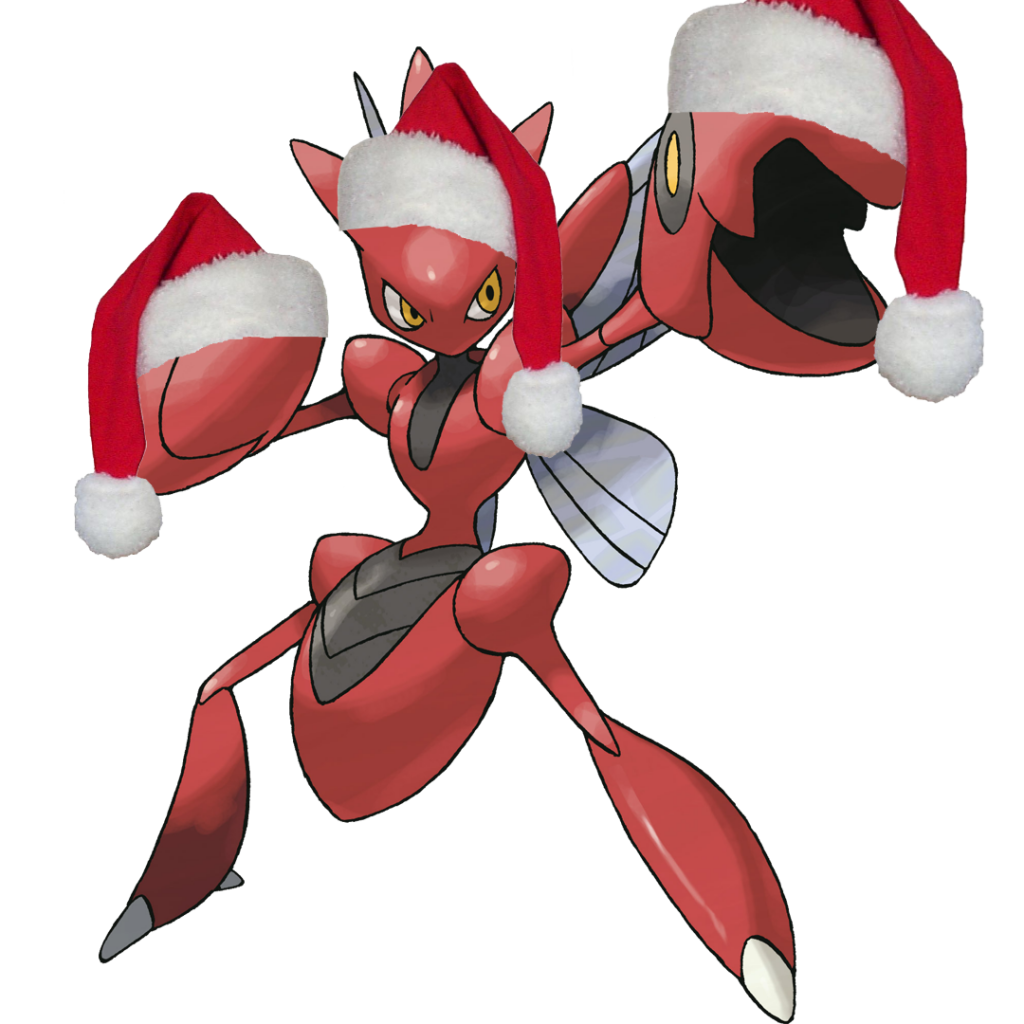 Scyther’s evolution embodies the true meaning of Christmas: you need to trade it, which signifies giving. It needs to hold a Metal Coat, which turns it red when it evolves, which represents Santa’s red coat. Using an attack like Bullet Punch, Scizor is sure to be able to deliver presents at high speeds! 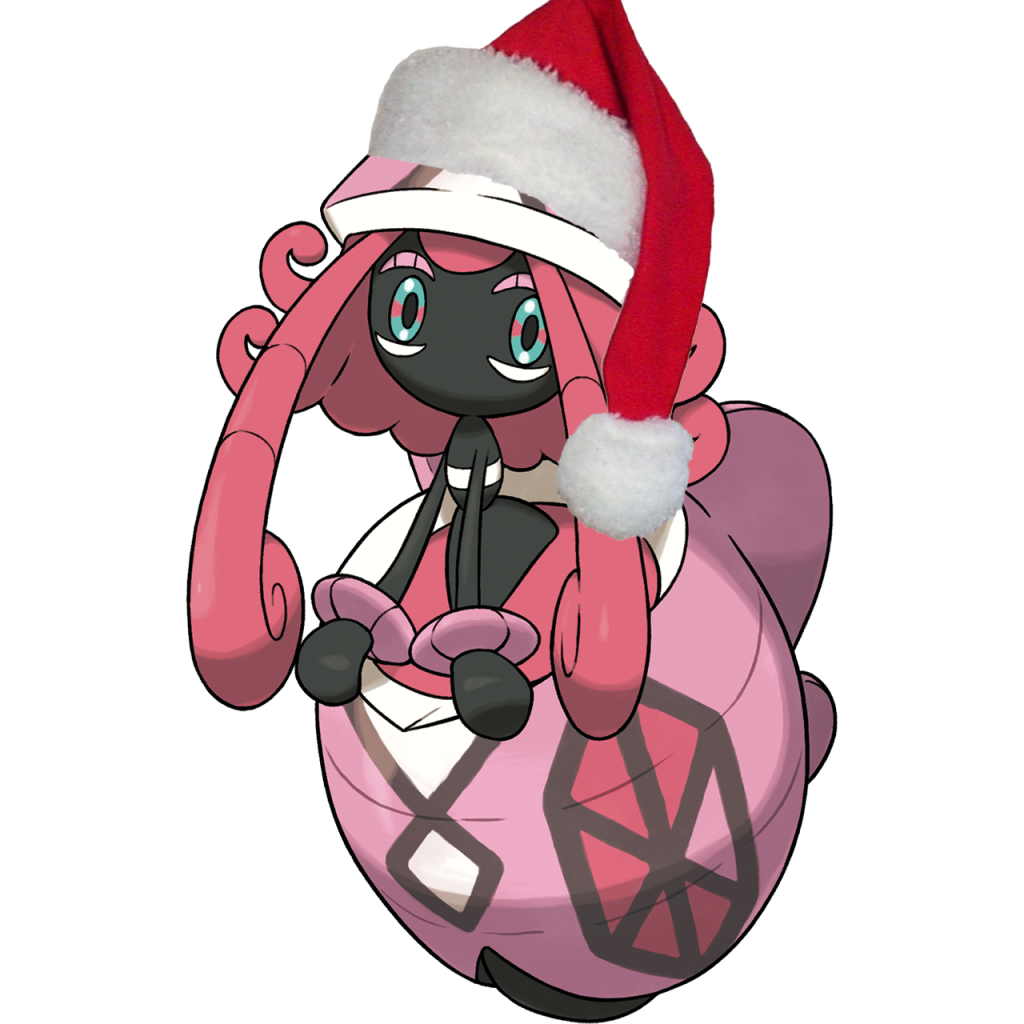 The guardian deity of Akala island in Alola is very generous, just like the real Santa. Tapu Lele gives away its magical scales, which, according to the Pokédex, can heal those who touch it. Personally, all I want for Christmas is a cure for this nasty cold I have, so Tapu Lele would make a fantastic Santa! 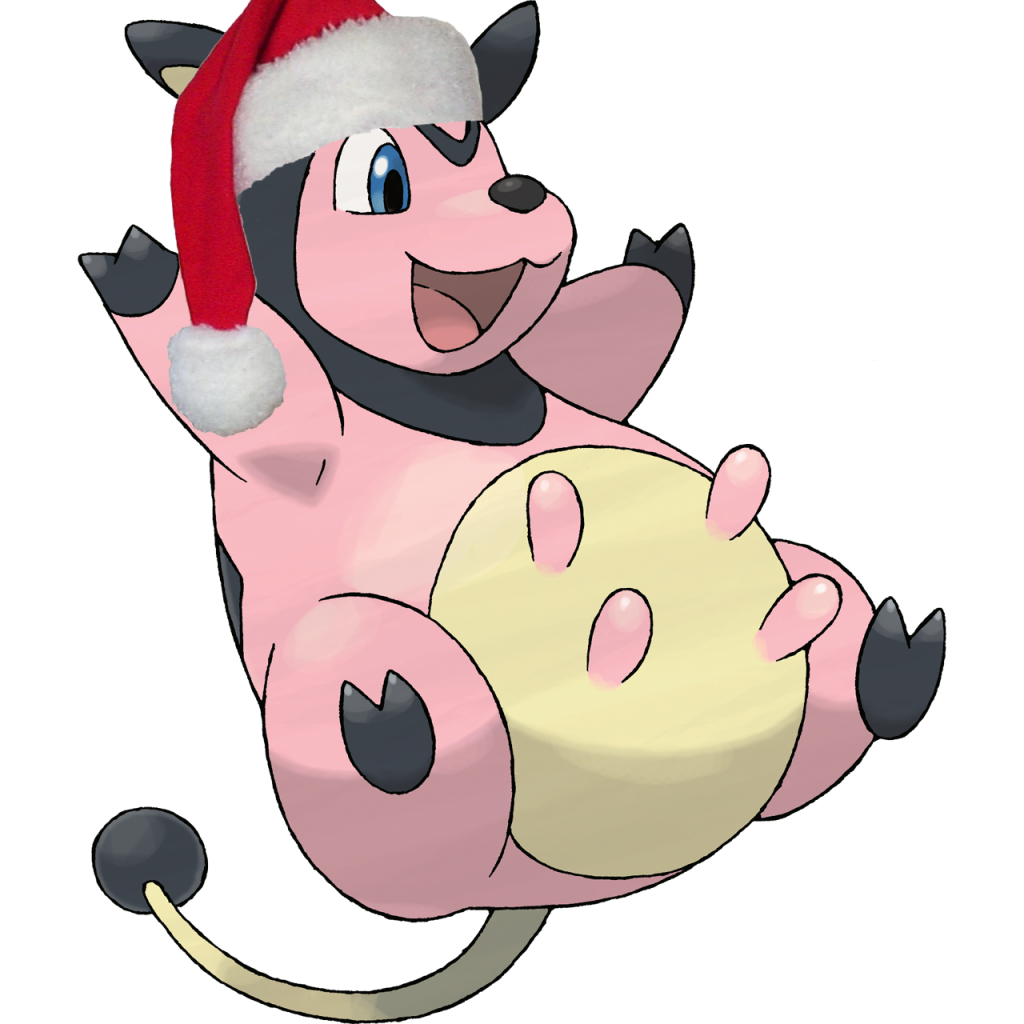 Miltank is infamous for her bulk and strength. But what most people don’t know is that she’s able to learn Present through Egg breeding. What makes her a more suitable Santa than the other Pokémon that can learn Present is that by being a cow, she is more similar to reindeer, which are always associated with the Santa Corporation. It would be pretty weird to see Togedemaru pulling Santa’s sleigh through the snowy sky, don’t you think? 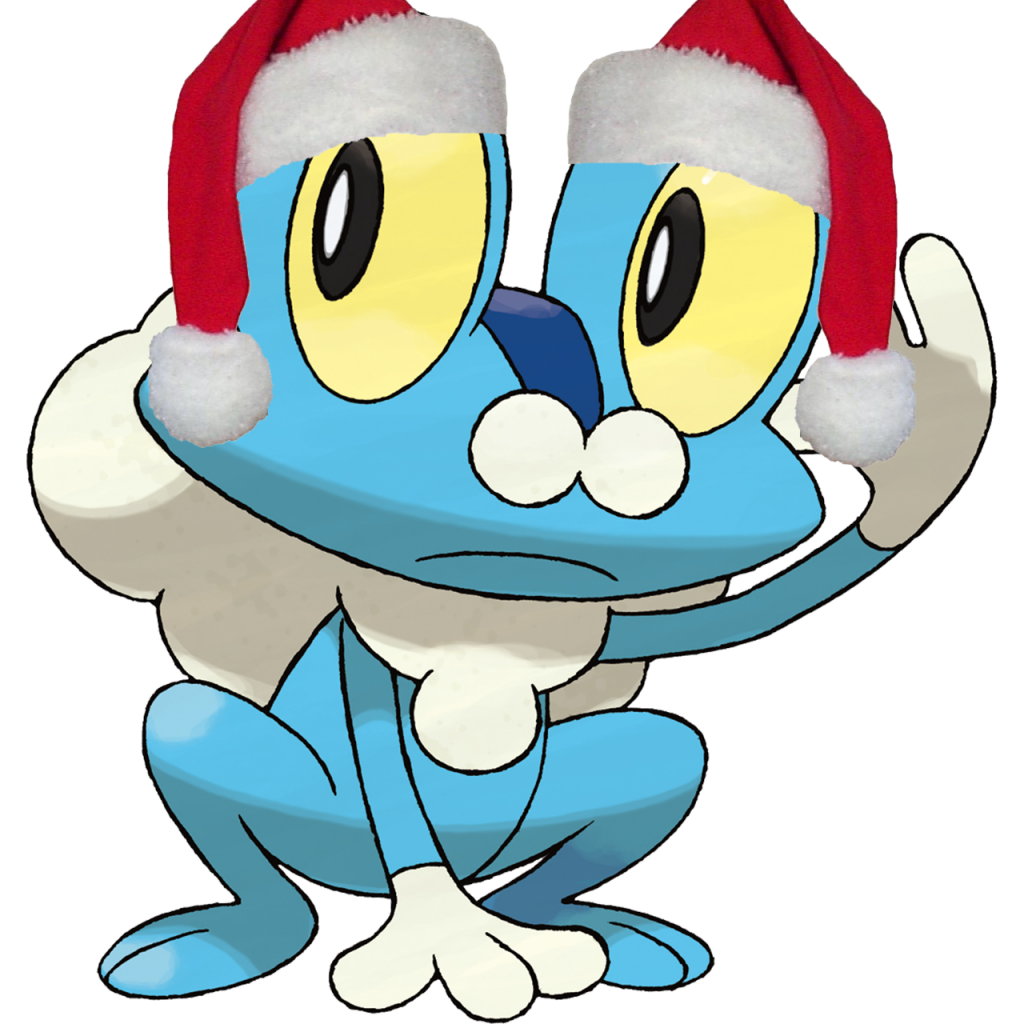 Froakie is able to use the power of his bubbles to create a white beard reminiscent of Santa’s, and he has access to Ice-type moves such as Blizzard, allowing him to create his very own “white Christmas.” And being a Water-type grants him resistance to the cold and the heat, so he can celebrate Christmas in the chilly northern hemisphere or the tropic southern hemisphere. It’s Christmas world-wide! 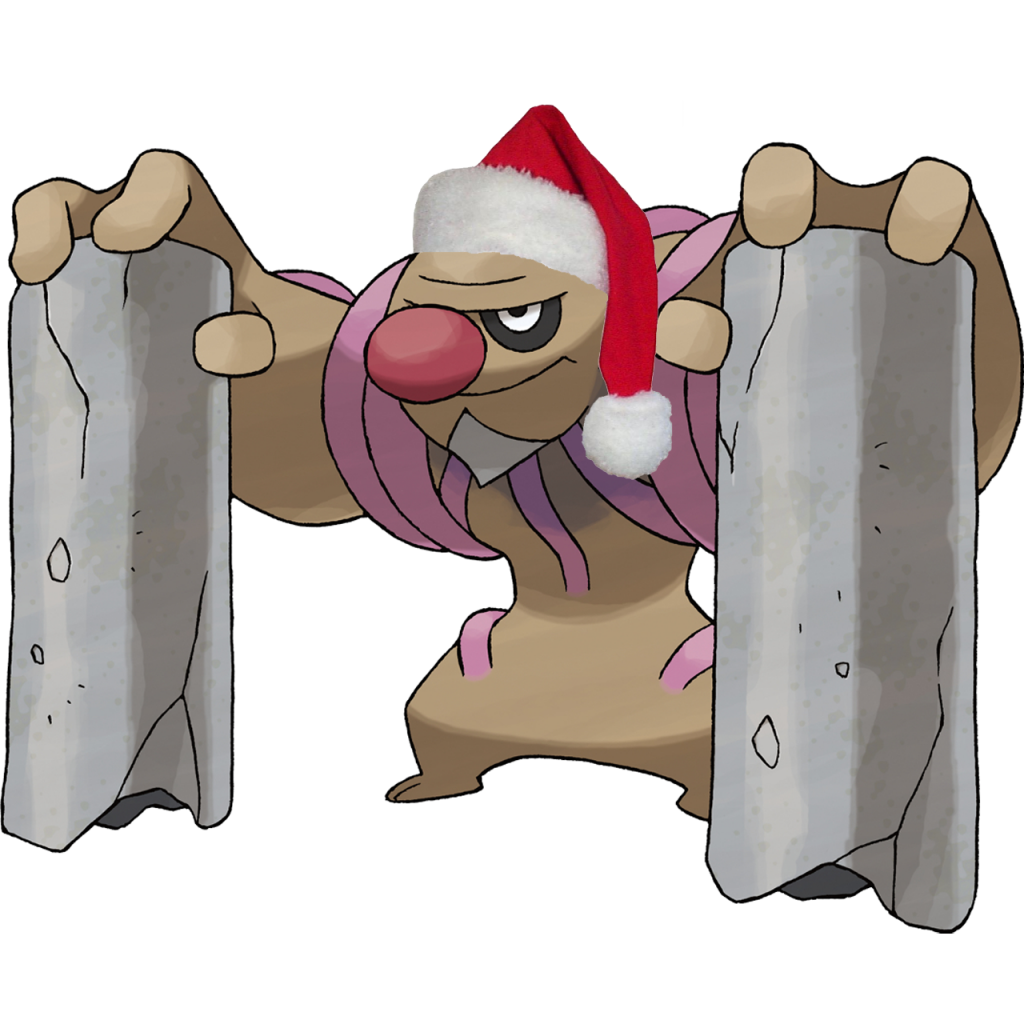 Conkeldurr is humanoid and ripped, just like Santa. But he’s missing something: Santa’s signature red coat. But that doesn’t stop Conkeldurr, who has the next best thing—a big red nose! This Pokémon is basically the combination of Santa and Rudolph; just replace his cinder block pillars with bags of toys and you have a strong independent Santa who don’t need no Stantler! 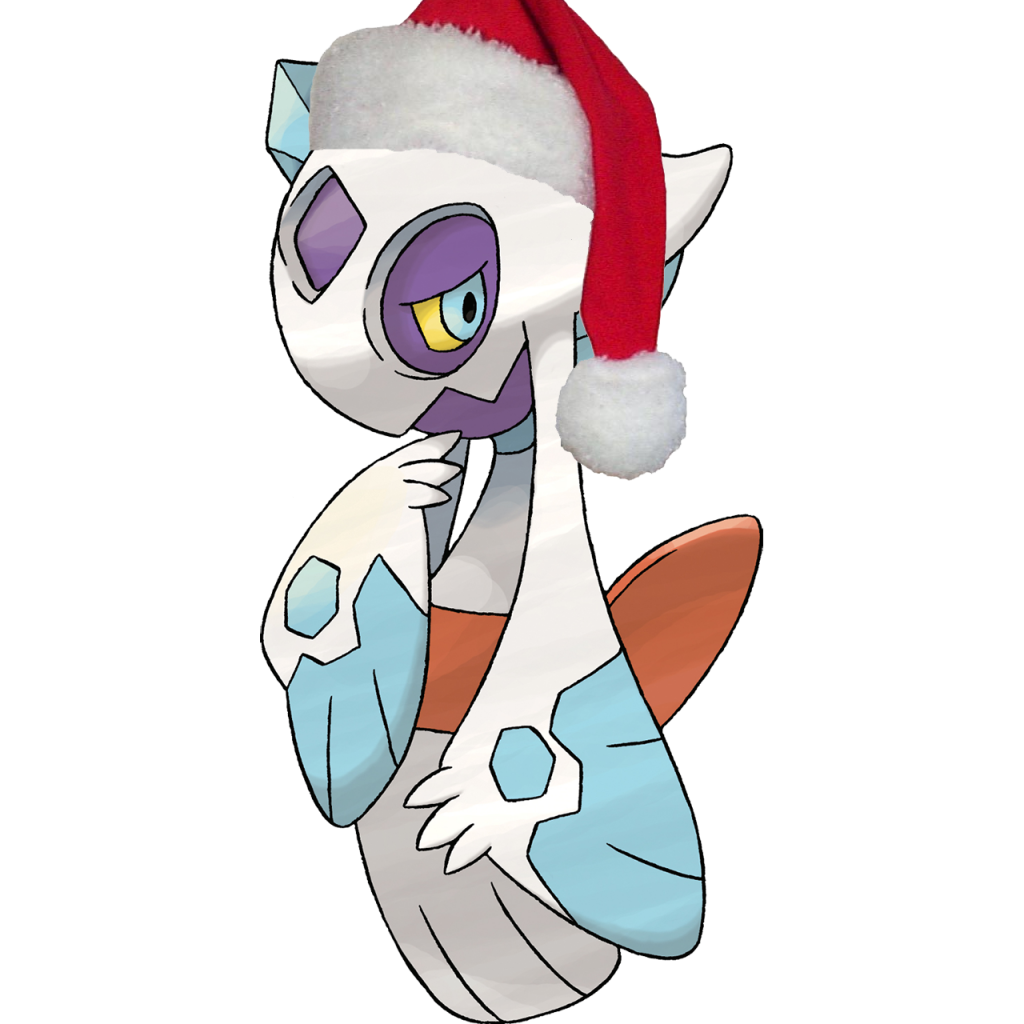 As an Ice-type, Froslass is able to handle the harsh winters of the North Pole. She is also known to capture and freeze people as well. This may sound morbid, but have you ever stopped to consider things from her point of view? She’s simply trying to help others be able to deal with the dangers of the cold north by turning them into ice! At the very least, this Pokémon has a plan for determining her Santa Successor. 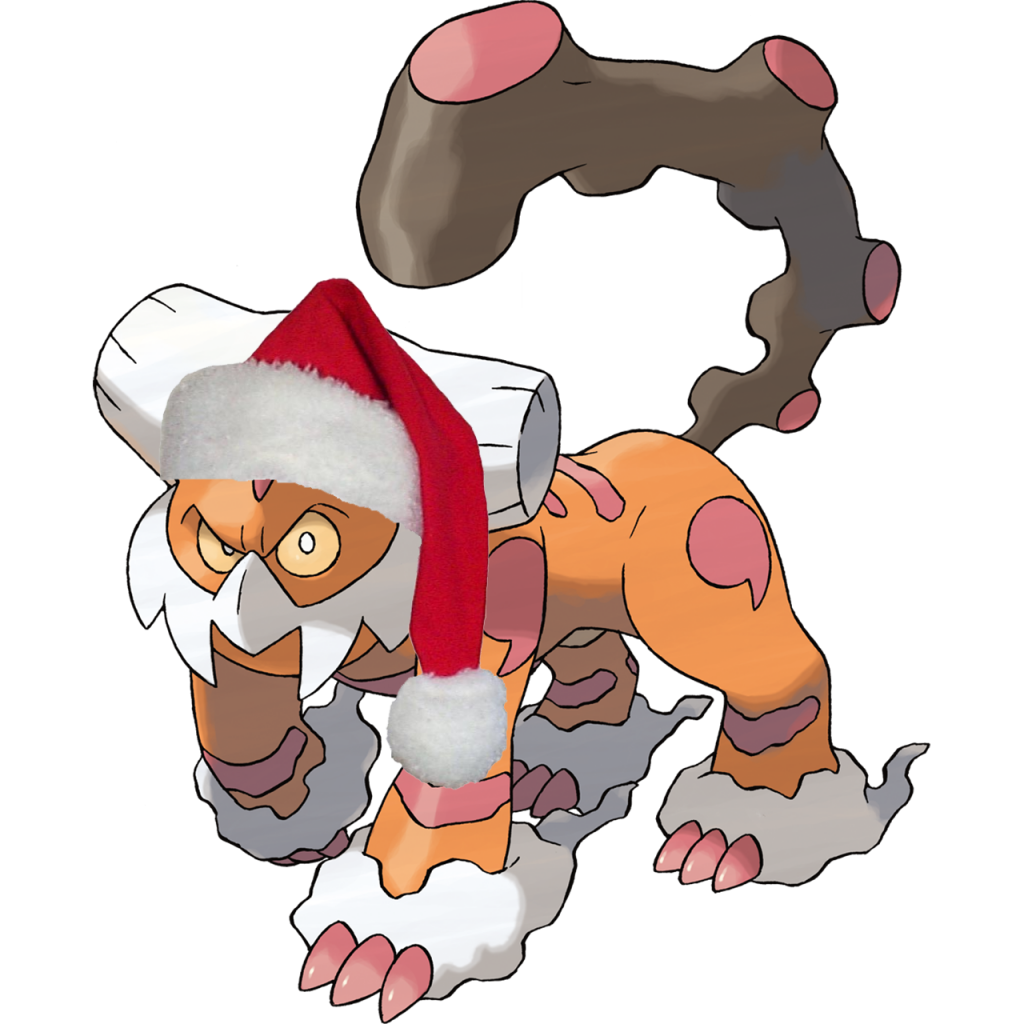 Landorus is a Pokémon that brings a smile to everyone’s face when they see him. He is definitely loved by all, especially those who play in the official Video Game Championship format. The first thing to note is that Landorus flies in the air like a reindeer. In addition, just like old St. Nicholas himself, Landorus is best with a Jolly nature. For the finishing touch, he even sports a white beard. For those who are naughty, he brings Intimidate and coal Rock Slides that are sure to make you flinch. For those who have been nice, he brings victory and a sense of accomplishment.

And the #1 Pokémon that could totally be Santa Claus is… 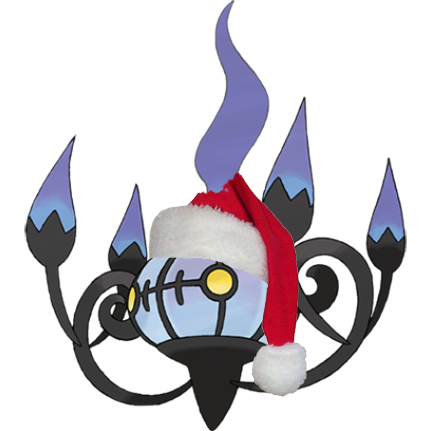 If Santa ever needs a vacation, Chandelure is definitely the Pokémon to call in as a replacement. He meets all the criteria: his Hidden Ability and Types allow him to enter any house to deliver presents. Infiltrator? Check. Fire-type to handle the heat of the fireplace at the base of the chimney? Check. No chimney to enter? His Ghost typing allows him to enter through the walls. A small child woke up and he needs to hide? He can pretend to be a non-conspicuous chandelier. An adult woke up and would totally see through that ruse? He can steal their soul. And he can even hold up to six bags of presents because of how his arms are!

Well there you have it, Pokémon brigade. The Top 10 Pokémon that could totally be Santa Claus. I hope you enjoyed this dank Top 10, and please remember to like, comment, and subscribe for more Poké Dank content from the Poké Dank Daily. And I hope you have a safe, fun, and hella lit holiday season. This has been xxPokeGod420, signing out!