Whether it’s complementing or completely replacing the classing Gym Leader challenge, Alola brings a different kind of journey. The latest trailer outed by The Pokémon Company as well as new pages on the official website show a different focus from battling Gym Leaders. As part of your journey, a trainer aims to become the “island challenge champion”. 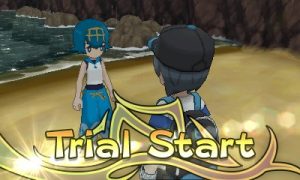 The goal of a Pokémon Trainer in the Alola region is to travel to Alola’s four islands and complete the trials on each island. This is considered a unique aspect of Alola’s culture, and by completing them all, you can become the island challenge champion.

Unlike, say, the Pokémon League challenge in previous games, these trials won’t necessarily involve Pokémon battles. Such trials include test of knowledge and fetch quests (yay?)

Someone undertaking an island trial is referred to as a trial-goer.

At the end of each trial is a Totem Pokémon 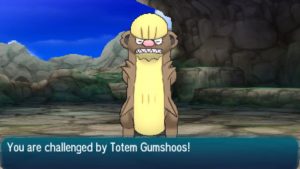 Fittingly, each trial is ended with a Pokémon battle with a Totem Pokémon. These mini-boss Pokémon are much larger than their regular species and can be distinguished also by a special aura. This aura gives appears to give the Pokémon a special stat boost, making that Pokémon somewhat more challenging than their non-Totem counterparts.

Totem Pokémon demonstrate a new feature in Pokémon battles — summoning an ally Pokemon to join them. They can boost the power of a Totem Pokémon (or their summoner). The trailer demonstrates this by showing the ally using an extra attack after the summoning Pokémon.

Assisting all trial-goers are Trial Captains. The captains are, according to the website, “Trainers who undertook trials in their own island challenge a few years earlier”. Each have their own individual personalities (contrast: Kalos Gym Leaders) and will set some of the trials you’ll go through, telling you what you need to do to complete each trial. 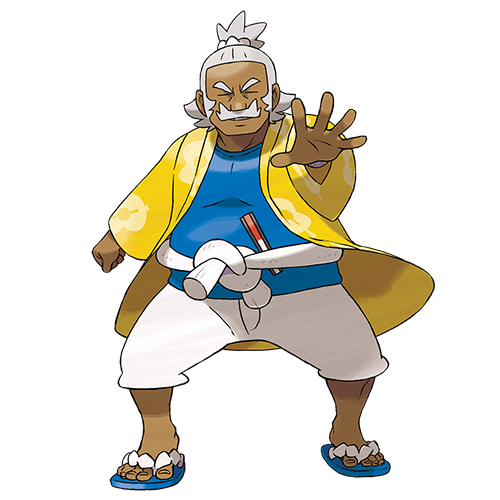 We speculated previously that Hala was a character of importance (we also correctly suggested he was related to Hau), and as it turns out, he is one of four very important characters.

Alola’s four islands have a leader. Clearing island challenge trials for each island earns you the right to face the Island Kahuna as part of the grand trial. Completing the grand trial will allow you to go to the next island.

Hala is one of these Island Kahunas. Nobody was kidding when they said he was one of Melemele Island’s most powerful trainers.

And he’s just one of four others. Who can wait to see the other Kahunas?

The Island Challenge is one of many significant changes coming to Pokémon Sun and Pokémon Moon. The games release in the US, Japan, China, Korea and Australia on November 18 this year, and November 23 in Europe. Own a Japanese or North American 3DS? Support the PokéCommunity by pre-ordering their copy using our affiliate links: