With June 2 came the second trailer showing several different things from Pokémon Sun and Moon. With the first trailer, we took a look at and commented on one part of the Alola region. Of interest in today’s trailer is new information on the characters you’ll meet in the game. So without further ado, let’s unpack the goss on Alola’s inhabitants! 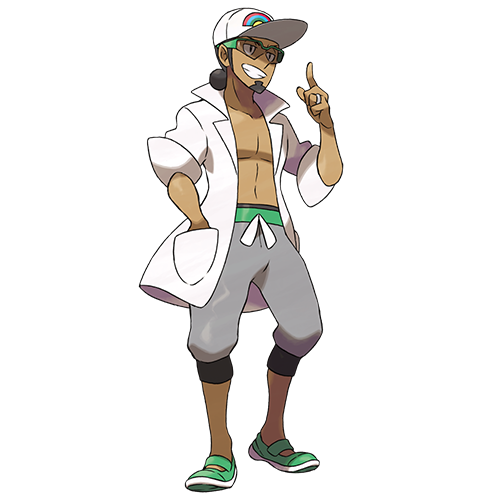 Perhaps the lab coat gave it away from the very beginning, but we once suspected that Kukui was an assistant to Hala. As it turns out, the inverse is true here, as Kukui is the professor.

Setting that aside, Kukui immediately welcomes you, the player (or really, the protagonist) into the world of Pokémon. He introduces the player character to the wonderful region of Alola. Apparently he lives near the player’s home, and is perfectly happy to lend the protagonist a helping hand.

Joining the legion of young professors who like to get out on the field, he enjoys studying Pokémon moves. From the sounds of it, the professor isn’t afraid to get his hands dirty, taking direct hits from a Pokémon to help him in learning its moves. You might say he’s braver than Professor Birch! 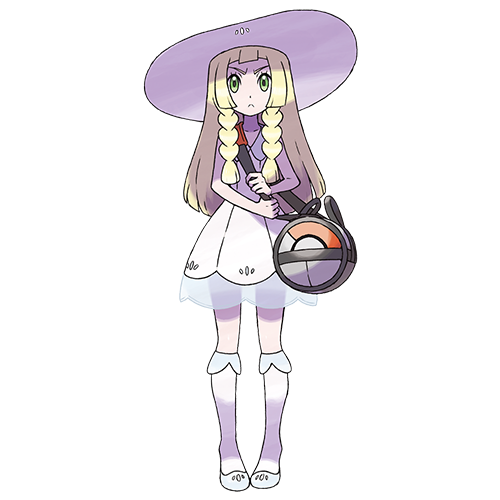 Lillie works as Professor Kukui’s assistant. She’s the same age as the main character, and you might be able to relate to how she enjoys reading books.

And while she doesn’t particularly like having Pokémon battle, you could probably speculate that she would probably be forced to at one point or another. As Japanese footage shows, she’s perfectly happy to watch and support the player as they battle.

She’s explicitly mentioned to be a “mysterious” character, and plays an important role. You could probably surmise that her love for reading might mean that she’s armed with all sorts of knowledge, particularly that of Alola and its legendary Pokémon. Perhaps she’ll follow the main character, helping solve various plot mysteries.

And why is she assisting the professor, anyway?

Hau — your new friend and rival 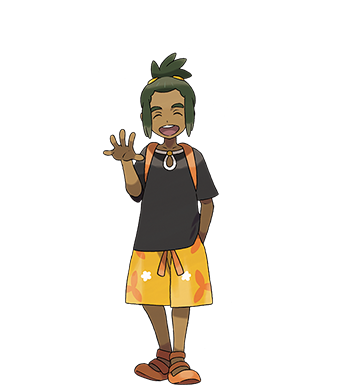 Hau was one of the characters we saw in the initial trailer, and a bit of extra background information has been revealed about him.

As we saw from the first trailer, he’s a really friendly guy who, to nobody’s surprise, really likes Pokémon. He wastes no time trying to make friends with the protagonist, who has just moved into town.

He presumably gets a starter Pokémon from Kukui and Hala, and also apparently wastes no time getting into battle with the protagonist.

He also likes malasada, a famous snack of the Alola region. 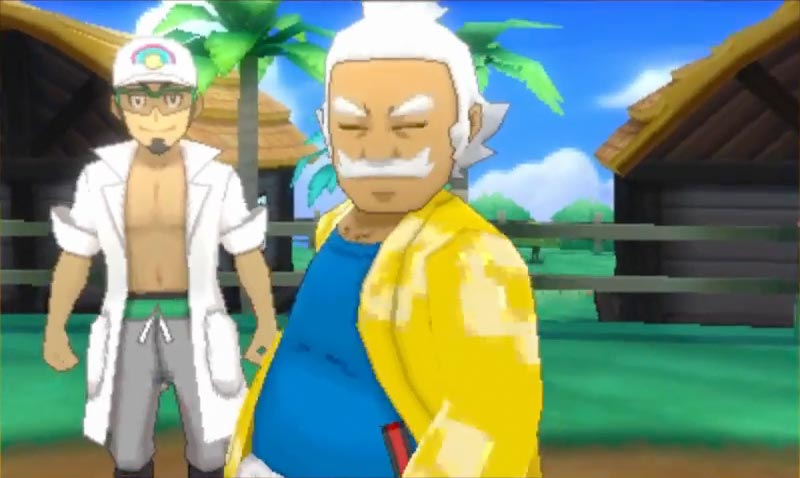 Hala, who we previously (now incorrectly) speculated to be the professor, is the character who introduces you to your starter Pokémon. The way he appears and dresses — and his almost-certainly unique character model — obviously suggests that he’s a character of importance. After all, what character who demonstrates new Pokémon to you wouldn’t be? Is he, perhaps, the chief or mayor of the town you reside in?

Could he also perhaps be related to Hau? Both sport yellow in their color scheme and a similar hair style. Both Hala and Hau appear to meet the player in the same town, and recent rivals have had a father character in the Pokémon games. Compare that with… 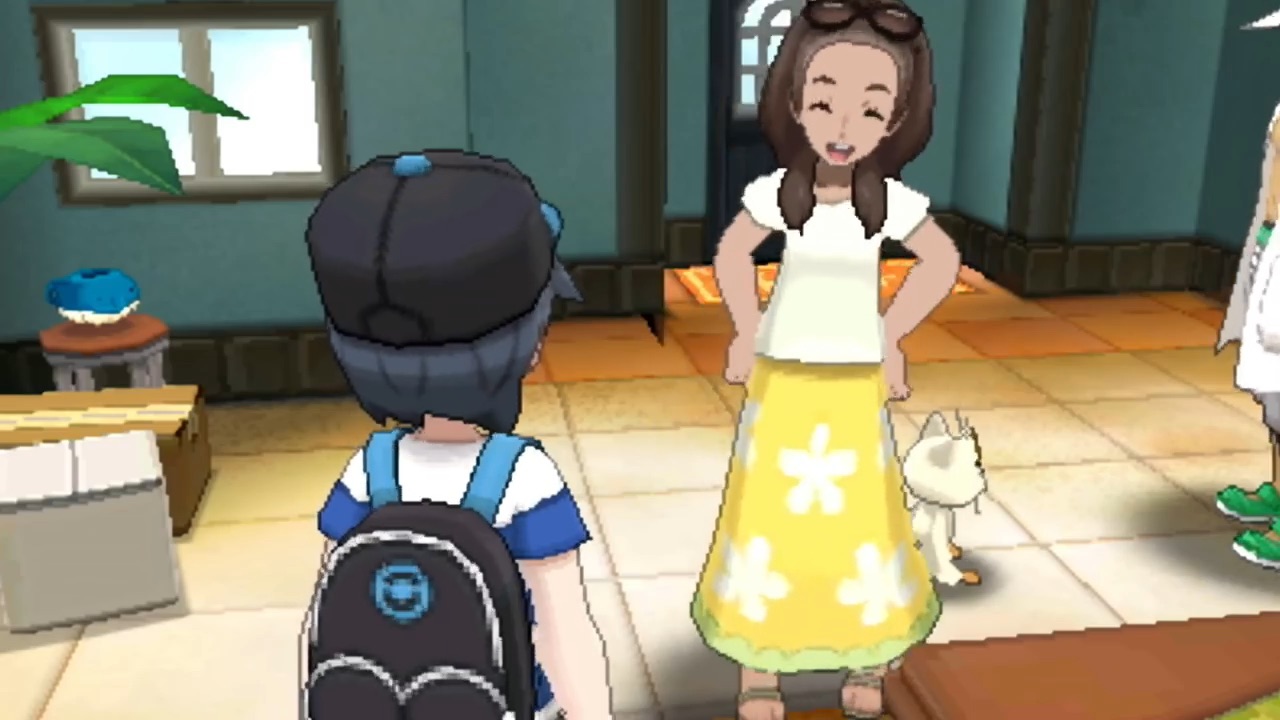 Sun/Moon appear to continue the series’ tradition (ignoring the Hoenn games) of not giving the player character a dad. But we do get to see the protagonist’s mother! For these games, the protagonist’s mom seems to play a small role in being the plot vehicle explaining why the protagonist has moved to Alola. She doesn’t appear in the latest trailer, so we don’t know anything new about her. As we see though, she’s quickly adapting to the new region. And it looks like she’s taken the pet Meowth along, too.

The protagonists — your avatar 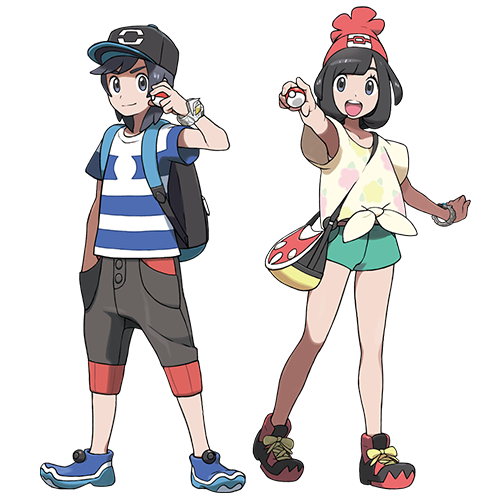 Think of Ruby and Sapphire’s player characters and how they moved to Hoenn from somewhere in Johto. The protagonists of Sun and Moon are much the same, having moved from some remote location into the tropical archipelago of Alola. The difference is that this time, you have control over what this protagonist looks like, with face and skin color customization and presumably, the ability to change the protagonist’s wardrobe.

Check out those shoes too — notice the Popplio and Litten motif going there?

But set these aside and check out the bracelets the protagonists are shown with in this art. On these bracelets are some kind of crystal — one orange/yellow, one blue. Keen-eyed fans may have noticed that these crystals were in the Japanese logos:

It remains to be seen what the significance of these crystals are. Will they trigger some sort of forme-change like Mega Evolutions did? Are they even part of a mechanic related to battling? These questions and more may be answered in the coming months!

With contributions by bobandbill
Image source: The Pokémon Company