June kicked off with a new trailer and official website update for the generation nine games, Pokémon Scarlet and Violet. What are the main takeaways? Well, firstly give that trailer a watch if you haven’t yet.

Pokémon Scarlet and Pokémon Violet allow multiplayer gameplay with up to four players.​ Along with series staples, such as trading and battling Pokémon, you will be able to explore the various locations of the region in these games with other players. You can discover new Pokémon and explore unfamiliar areas with your friends and family, opening the door to an adventure more precious and fun than ever!

This is however somewhat vague, and it remains to be seen how much you can do together with another player, and if this is local or online multiplayer.

Scarlet’s in the past, and Violet in the future

Their names could also be hints of this when looking at Spanish words – pa(sada) (“left behind” or “no longer in”; feminine – “past” being the masculine wording) and fu(turo) (“future”; masculine).

The new Legendaries also have clear hints in their names: Koraidon (Korai; ancient, old) and Miraidon (Mirai; future). (They also seem to have a possible motorbike theme involved…)

How will this tie into the exploration with other players remains to be seen.

We oddly still don’t have the region name

We’ve learnt the names of Galar and Alola fairly early on, and while we’re still months away from release (18th November 2022), it’s a bit unusual that we don’t have a name for the generation nine region.

Could it have two region names given the future and past settings, much like how Sinnoh was called Hisui in Pokémon Legends: Arceus? Probably not, but it’s a possibility.

Fuecoco is indeed based on apples

It was the obvious relation, but a few other foodstuffs were suggested. But this picture seems like an obvious hint.

How will this develop with its evolutions, however? It’s hard to really picture it becoming a tree as yet, although a Fire/Grass type would be cool.

Sprigatito has an aroma theme to it, and it can use it to make opponents lose their will to battle. In fact, its fur has a similar composition to plants, and so it can photosynthesis. Maybe Chlorophyll would be a fitting Hidden Ability for it?

Quaxly, meanwhile, has a glossy body thanks to gel secreted by its feathers which repels water and grime. The coif on its head is slicked back using a rich, moist cream, and it becomes unkempt when dry. It also likes to attack with its strong legs, such as kicking. Double Kick, anyone? 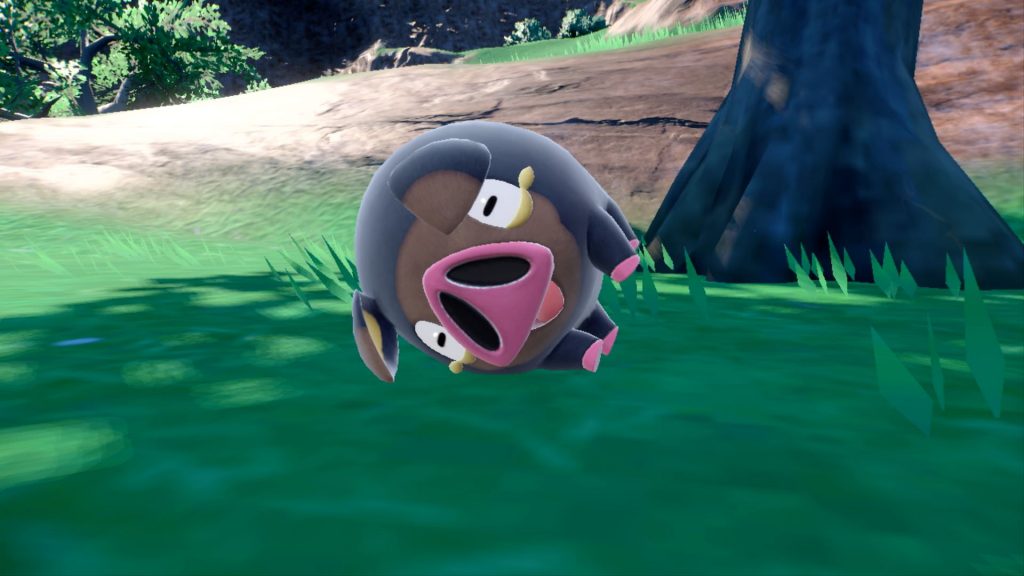 What are your observations of the new trailer?

Thanks to Went for the translation verification.
Edited by Aldo, Zach.