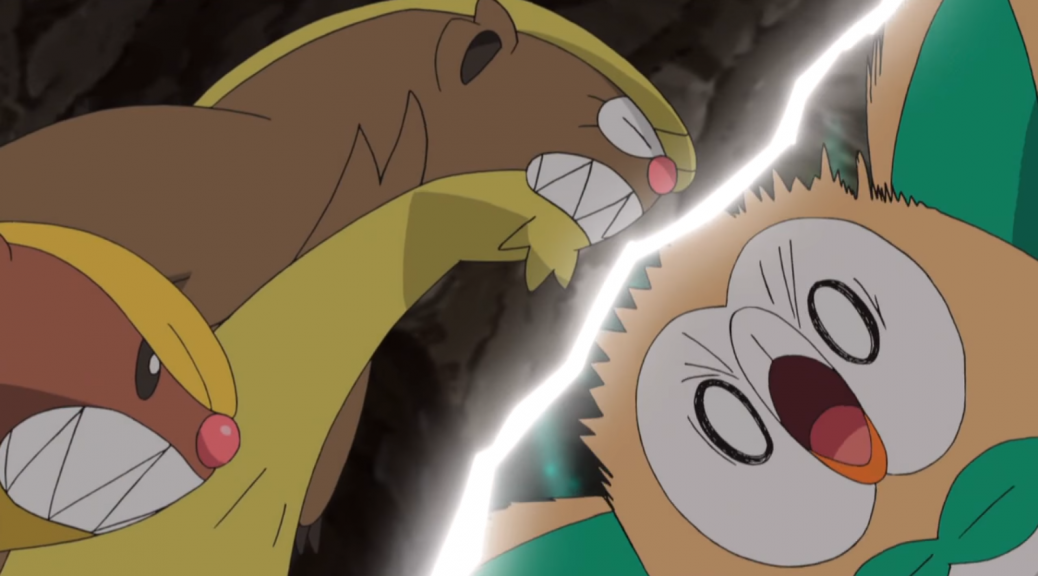 Ash, Pikachu and Rowlet battling with the totem Pokémon. Who is going to win?

Meet three new Pokémon found in the Alola region that you’ll be able to catch during the early routes of the game!

The first E3 Pokémon event of three shows off more on the upcoming Sun and Moon games.